Why does stalling increase drag?

I understand (I think) why lift reduces in a stall.

What I don't understand is why drag increases. I can see that the ratio of drag to lift would increase, but I'm not sure I understand the mechanism that leads to an absolute rise in drag.

Lots of sources mention it, but they just refer to turbulence or vortices or similar without really explaining how those phenomena cause the drag to increase.

Stalling means that flow separation increases so lift does no longer grow with angle of attack. This flow separation happens mostly over the rear, inner part of the wing, where the local surface inclination has a backward component.

Now compare the pressure over an airfoil for fully attached and partially separated flow, just as it looks near or at stall. The plot below shows an XFOIL result for an airfoil at 12° angle of attack. The dashed lines show the inviscid pressure distribution (the one without separation) while the solid lines show the viscous pressure distribution with separated flow over the last 20% of the upper side. If you need more information to interpret the plot, please consult this and this answer. 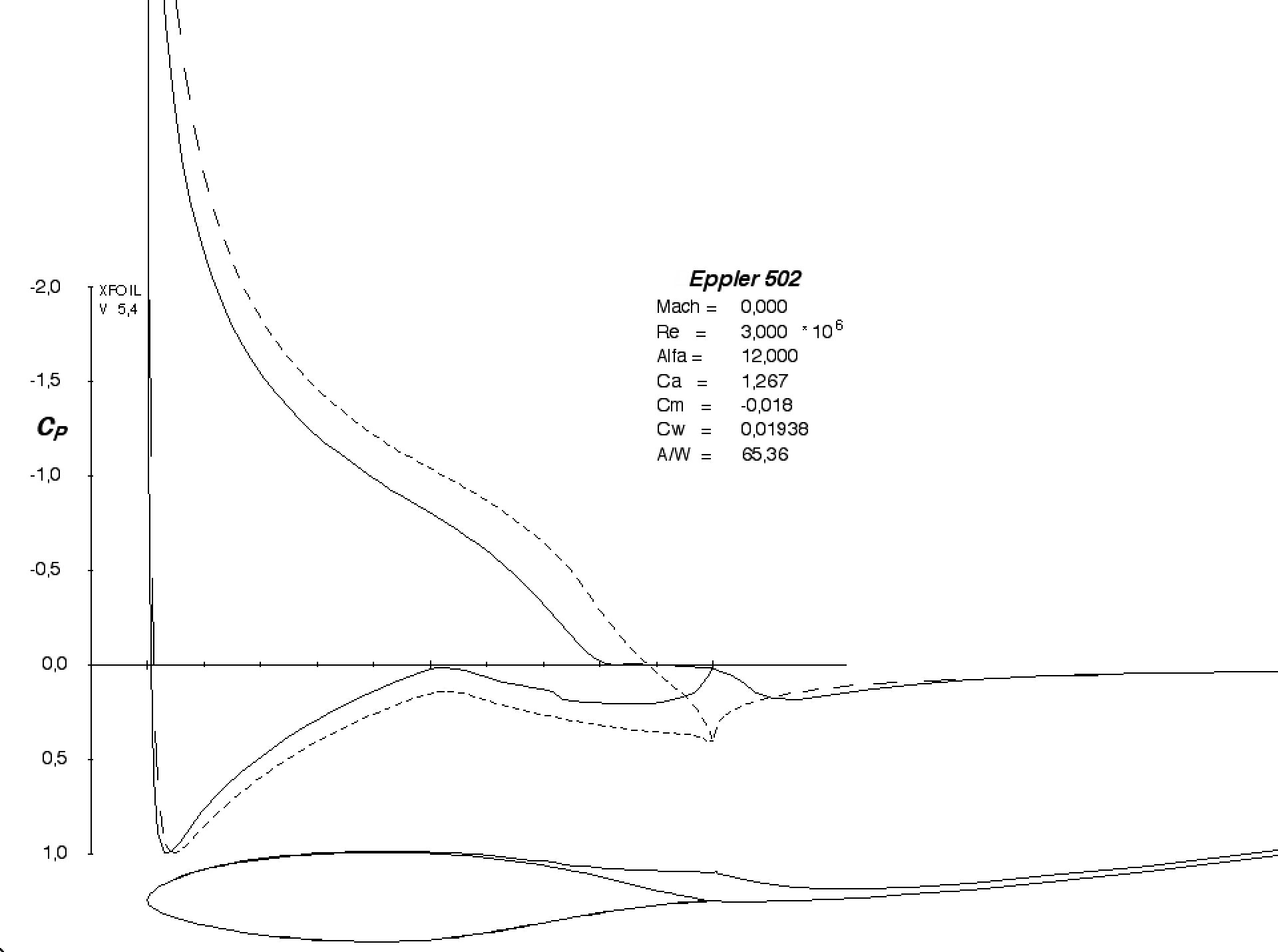 Note that the scale on the y axis is negative: A more negative value means more suction. The stalling airfoil shows lower suction over most of the chord and only over the last 10% its local pressure is lower than it would be without separation.

This means that stall reduces suction over the area of the wing which points forward (there is really the expression nose or leading edge thrust for this suction) while it increases suction over the part that points most backward. In sum, both effects increase drag.

Is this an increase in induced drag or parasitic drag?

Drag is just the component of the aerodynamic force on the entire airframe that is aligned with the aircraft's velocity Vector. (as lift is the component normal to or perpendicular to the velocity). When an aircraft stalls, the vectoral summation of all aerodynamic forces is pointing aft, with a much greater angle (think about pushing a door through the air or holding your hand out the window of a car).

Drag can be broken up into multiple individual components (like form drag, induced drag, etc. etc.), but the simplest answer is just that when the wing stalls, the total force is pointing backwards at a much greater angle than it is when the aircraft is not stalled, and cutting through the air cleanly.

Stalling increases drag dramatically indeed. The pic above is the $C_D$ over 180° from this answer, which also contains the corresponding graph for the $C_L$. At about 12° we can see the huge jump in $C_D$, after which the curve follows the shape for flat plate lift.

The jump in drag is particularly drastic for the NACA 0012 because it falls in the category of profiles with leading edge stall, as described in this answer: a thin bubble develops over the leading edge and then pops open at the critical stall angle. Thick airfoils have trailing edge stall with a more gradual behaviour.

The sudden increase in drag of a fully statically stalled profile is parasitic in nature. The separated flow from the upper surface produces a reduction in lift (induced drag), and much more drag than the friction drag from a nicely attached flow.

Not the answer you're looking for? Browse other questions tagged aerodynamics wing drag stall or ask your own question.

11
Does the downwash created by induced drag increase or decrease lift?
11
How does hovering in ground effect (IGE) reduce drag?
18
Why does a clean configuration lead to the generation of greater wingtip vortices?
1
How does wing aspect ratio influence lift and drag?
5
How does a weak shock-wave boundary-layer interaction create wave drag (other than through direct shock losses)?
6
Does an increase in lift always cause an increase in lift-induced drag?
1
Could drag in a turn be twice the drag of that encountered in straight and level flight?
1
Explained intuitively, why does aspect ratio affect induced drag?
1
Is the classical definition of induced drag merely a mathematical construct?