What would be the advantage of a Puller vs. Pusher configuration on Embraer's new Turboprop?

Embraer recently teased a turboprop aircraft with aft-mounted, open rotor engines. Why would this aircraft not use a pusher configuration?

The reasons that are frequently stated as a benefit for a wing-mounted, pull configuration (e.g. avoidance of disturbed flow from the wings, blown lift over the wings, control surface effectiveness, etc.) would not apply here. To the contrary, it seems to me that re-energizing the exhaust/wake of the engine and maybe to some extent the fuselage would have a beneficial effect.

One possible reason could be that Embraer would like to use an existing engine. In that case turning it around would point the exhaust forward and the intake backwards. That, however, also seems to be a solved problem: the MQ-9 uses the Honeywell TPE331-10GD turboprop engine, which is designed for a pull configuration. Another might be ground clearance during rotation. 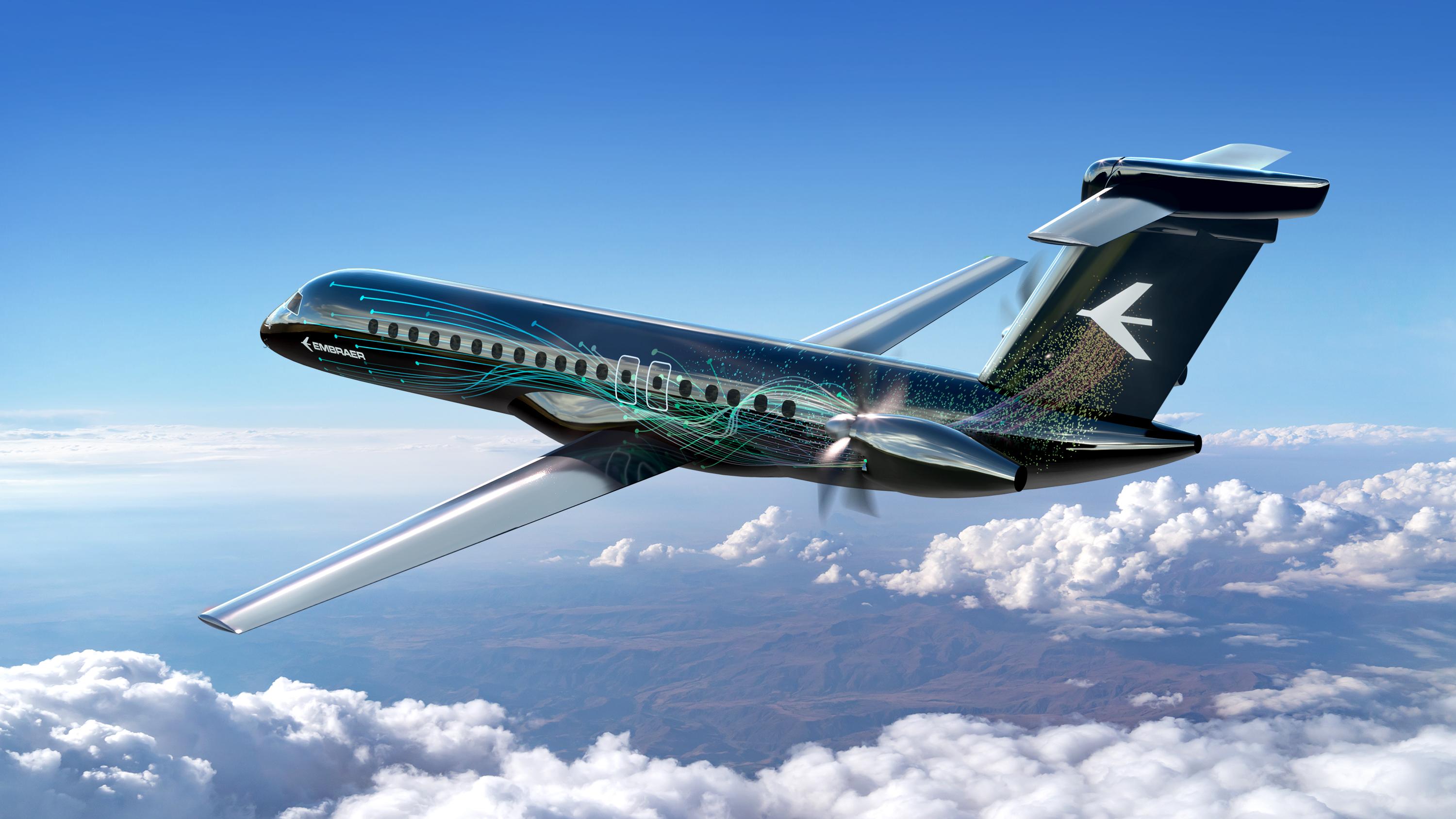 Not the answer you're looking for? Browse other questions tagged aircraft-design propeller engine-design turboprop or ask your own question.

50
Why are push-propellers so rare, yet they are still around?
3
How does the location of a propeller affect an aircraft's stability?

50
Why are push-propellers so rare, yet they are still around?
12
Is the Progress D-27 really a propfan?
16
Have we seen the last significant experiments in the configuration of jet airliners?
13
What are the reasons behind this pusher propeller configuration?
4
Why autogyros use pusher-, whereas, piston-engined planes use puller-configuration?
3
In a pusher configuration with turboprop(s), how is the superhot exhaust avoided?
29
Why do most airliners have underwing engines, while business jets have rear-mounted engines?
5
What is the difference in performance between variable pitch prop and two fixed propellers for take-off and cruise speeds?