Do overland long-haul flights have something similar to SELCAL?

This question will be regarding airlines, flying high altitudes.

As with short flights, you are in contact with local controllers, then get passed off to enroute and local again.

I am familiar with SELCAL, where you do not have to listen to HF Radio jumble for your 7 hour oceanic flight.

However, what if you are flying for example Dublin to Hong Kong, not crossing oceans. Will you be in contact with ATC the whole time, and the pilots on duty always having to wear headsets just in case if ATC wants to find them? Or would there be a system similar to SELCAL where they will buzz the aircraft only when they need them? 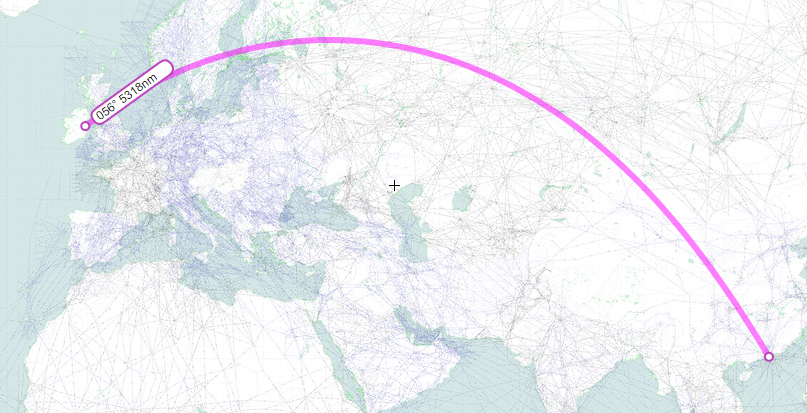 Yes SELCAL is provided over land in remote areas.

I checked the Russian AIP, and shown above is an example.

I'm not sure which FIRs the flight from Dublin to Hong Kong will pass through, mainly because the routing near China is not always consistent. Nevertheless, in remote Northern areas as shown SELCAL is provided.

According to ICAO Annex 10 it will be the operator's responsibility to arrange its use if they want to (or if it is mandated). For example:

5.2.4.2.1 PANS.— It is the responsibility of the aircraft operating agency and the aircraft to ensure that all aeronautical stations, with which the aircraft would normally communicate during a particular flight, know the SELCAL code associated with its radiotelephony call sign.

Regarding the headset, the crew doesn't have to wear it unless mandated by the airline. During long cruise it's not uncommon to remove the headset and turn up the volume of the loud speaker in the cockpit.

Not the answer you're looking for? Browse other questions tagged air-traffic-control airline-operations radio-communications long-haul or ask your own question.

11
How do pilots/controllers deal with overlapping transmissions on the radio?
8
Why doesn't EVA Air BR087 (Taipei to Paris) follow the shortest path?

44
What's the typical cost (and its breakdown) for a long-haul commercial flight?
32
How do pilots rest on long-haul flights?
14
How many pilots do long flights need?
13
Do bluetooth aviation headsets and/or music negatively affect safety?
16
What are the benefits of long-haul airplanes servicing regional routes?
19
Lost radio communication after take-off in IMC - what are my options?
8
What are the structural differences between short- and long-haul airplanes?
31
Can a pilot change out of uniform during breaks on a long flight?