What factors contribute to the poor off design performance of turbofans?

How much does the rpm of the various spools and load factor in? Which carries a greater weight in the efficiency? If the engine were at full speed (like a turboprop) but low load would the efficiency drop much? Perhaps a variable pitch fan is the best solution even as difficult as they are to make?

Would it make sense to use an electric motor as a torque fill or to increase the rpm of the compressors when at lower power settings? I have read about regenerative cycle engines which feed heat back into the combustor but these only seem to add a small amount of efficiency in practice.

Actually, a turbofan has a higher efficiency at lower than max (read take off) performance. Why? Engines spend the majority of their life at cruise conditions, so compressors, turbines and fans are designed and optimized to deliver the cruise performance at the best efficiency that is possible according the technology at design time.

The manufacturers achieve this by designing the optimal blade shapes and angles for the condition the most amount of time is spent. Obviously, when you are further away from that optimal point the more likely you encounter non ideal conditions which lead to less efficient flow around the blades and as such this is translated to a higher specific fuel consumption. This is illustrated by the compressor/fan off-design characteristics, also known as compressor/fan map. A compressor/fan map shows the relation between the pressure ratio, efficiency and the corrected (non dimensional) mass flow for various spool speeds. This is shown from the Wiki image shown below: 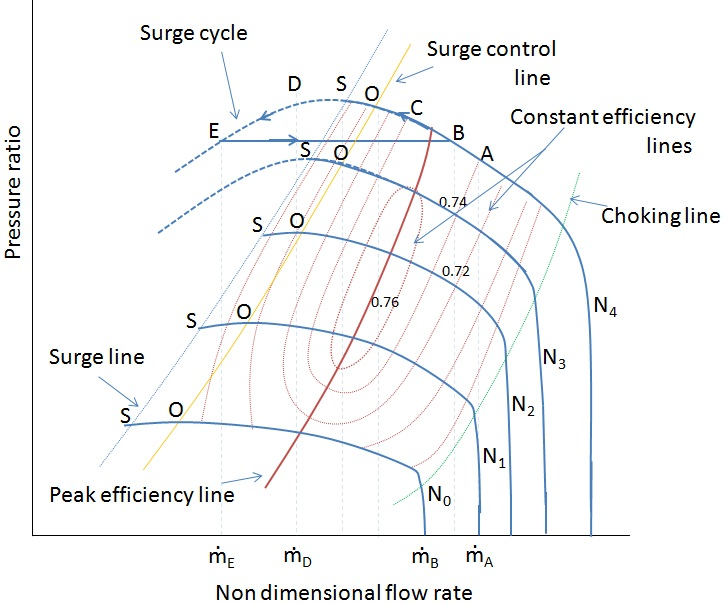 Note that this is the performance of the isolated compressor, when connected to a turbine, an equilibrium (operating) line is established, ultimately, this operating line should follow the path of the "Peak efficiency line". This compressor map also shows than for a high spool speed (N4) to a low spool speel (N0) the efficiency first increases, to later decrease again. This is caused by the design and the way the flow enters the compressor stages and is exactly why the performance of the compressing turbomachinery has not the same efficiency throughout the whole operating area. 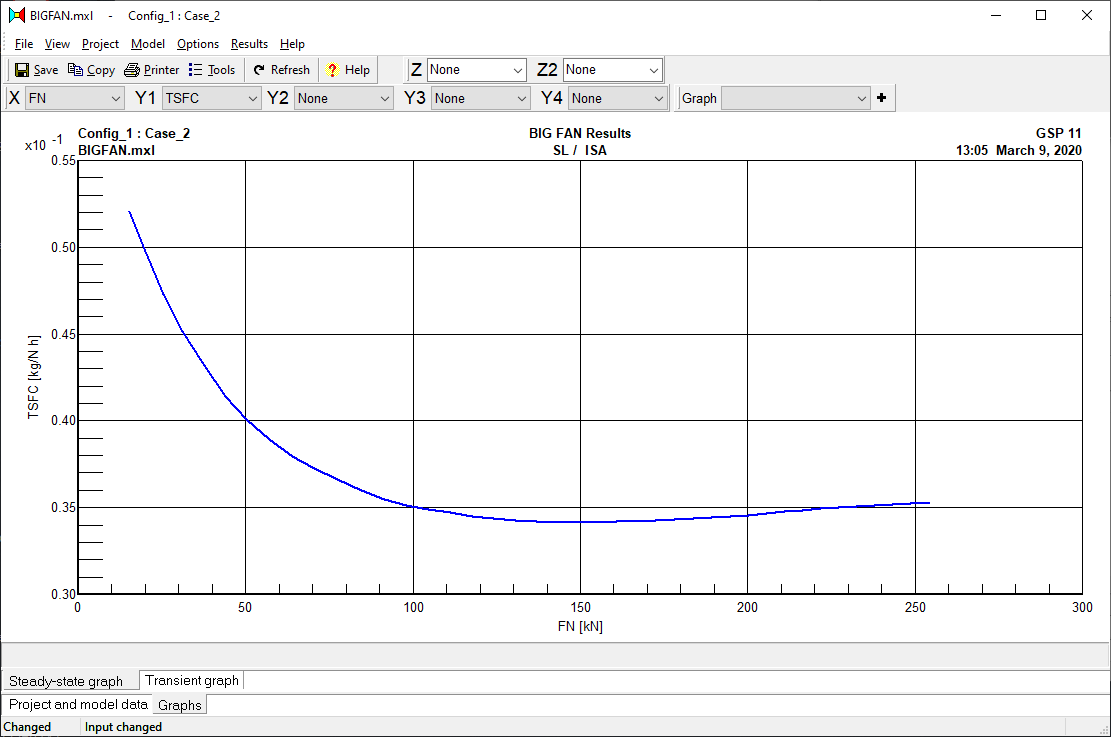 Perhaps a variable pitch fan is the best solution even as difficult as they are to make?

Variable pitch fans are needed when the fan pressure rise becomes low (below about 1.35); these low pressure ratios are seen in very large (geared) bypass designs as on the Rolls Royce Ultrafan design.

Would it make sense to use an electric motor as a torque fill or to increase the rpm of the compressors when at lower power settings?

It would make sense to assist during take-off so that you essentially can use a smaller engine. Take-off power is several times more than cruise power. Also, the powers in gas turbines are so high and the electric motors are very big and heavy (and certainly the batteries) that this can be seen entering in the very far future. This is commonly known as hybrid propulsion.

I have read about regenerative cycle engines which feed heat back into the combustor but these only seem to add a small amount of efficiency in practice.

Indeed, recuperating heat from the exhaust (which is on of the 3 major losses in gas turbine engines) would mean that you have to use less fuel to get to the same combustor exit temperature. This has been investigated in the European Clean Sky 2 project called NEWAC. The problem with recuperating heat is that on one side you have the highest (combustor/high pressure compressor exit) pressure, and low exhaust pressure on the other side, causing mechanical challenges. Also the core flow is at an enormous high speed, so there is little time to exchange heat; this means you need a very big surface area to exchange the heat. The bigger the area, the higher the weight, the higher the weight the heavier the aircraft the more drag and thus power are required.

12
What drives and/or allows the move to higher-bypass turbofans on jetliners?
3
Can a turbofan have a fan driven electrically so as to run at optimal speed?
5
What causes the “growl” of some large turbofans at takeoff thrust?
0
Turboprop vs Turbofan: How to compare Specific Fuel Consumption
2
What mechanism did the turbine reversers of early high-bypass turbofans use?
2
Why can’t the newest high-bypass turbofans run at their EPR, temperature, and RPM limits simultaneously at sea level?
6
What are the engine-out implications of giant turbofans?