Turboprop vs Turbofan: How to compare Specific Fuel Consumption

For a given airspeed and altitude, I want to show that a turboprop engine will require a lower rate of fuel consumption to produce a given amount of thrust. Is there a way I can show this without going into too much detail on things like blade pitch, thrust coefficient etc.

Well, propellers deliver thrust and turbofan engines deliver power to the fan axis, it is just a matter of choice.

Finding the thrust that a propeller generates at a specific airspeed and altitude, can be derived from the drag of the whole airframe in those conditions. Statistically, this sort of data can be found in reference books on pre-design of aeroplanes, such as Synthesis of Subsonic Airplane Design by E. Torenbeek. If we take a generalised approach:

So total drag follows from: 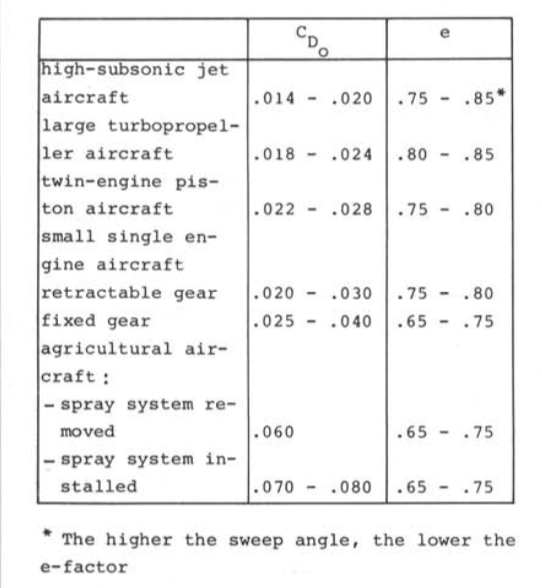 So you can use all of this to compute propeller aeroplane specific thrust. But the exercise will be futile, because:

Not the answer you're looking for? Browse other questions tagged turbofan turboprop thrust fuel-consumption or ask your own question.

0
How do turbofans and piston-engines compare in terms of maintenance costs?
4
How to compare two SFCs, one in thrust, the other in power (both turbofans)?
0
How to compare turboprop engines and with which values?
1
How do I estimate piston aircraft fuel efficiency?
2
What integration of aircraft propulsion would be more efficient at sea level high speed flight? A turbofan, unducted fan or a turbojet?
8
Why do propellers have less theoretical range (i.e. range ignoring impatient passengers wanting to go fast) than jets, despite greater efficiency?
2
Is it true that high-bypass engines are inherently inefficient at higher speeds?