What are the handling effects of converting a dihedral wing to polyhedral?

I'm looking at plans to build a radio controlled (RC) glider that is launched by rocket boost mainly as a park flyer. I've been given a set of plans for a model that is a dihedral wing (see attached photo), and I am thinking converting it to a polyhedral wing, as I read that polyhedral wings are more stable for people new to flying as I am.

The new wing shape (I haven't drawn it out yet), would have a flat section over the fuselage acting as a partial cover for the rc components, then a 6 degree angle from there to mid point of the wing, and then another 6 degree angle to the tip.

Wing length and total angles/measurements would be the same, as would the airfoil (Which can be seen in the rib segments on the plan). My other option is simply adding the central flat fuselage cover section, and leaving the rest of the wing as is. (One note, the reason for the thinning of the rib sections in the front is that it is a partially built wing, there is a balsa skin over those parts, then the entire wing is coated in a lightweight monokote type material).

Is there any value in making this change to a polyhedral wing, or is it mostly a wasted effort that I shouldn't worry about doing?

Wing section (I have full plans if other angles are desired): 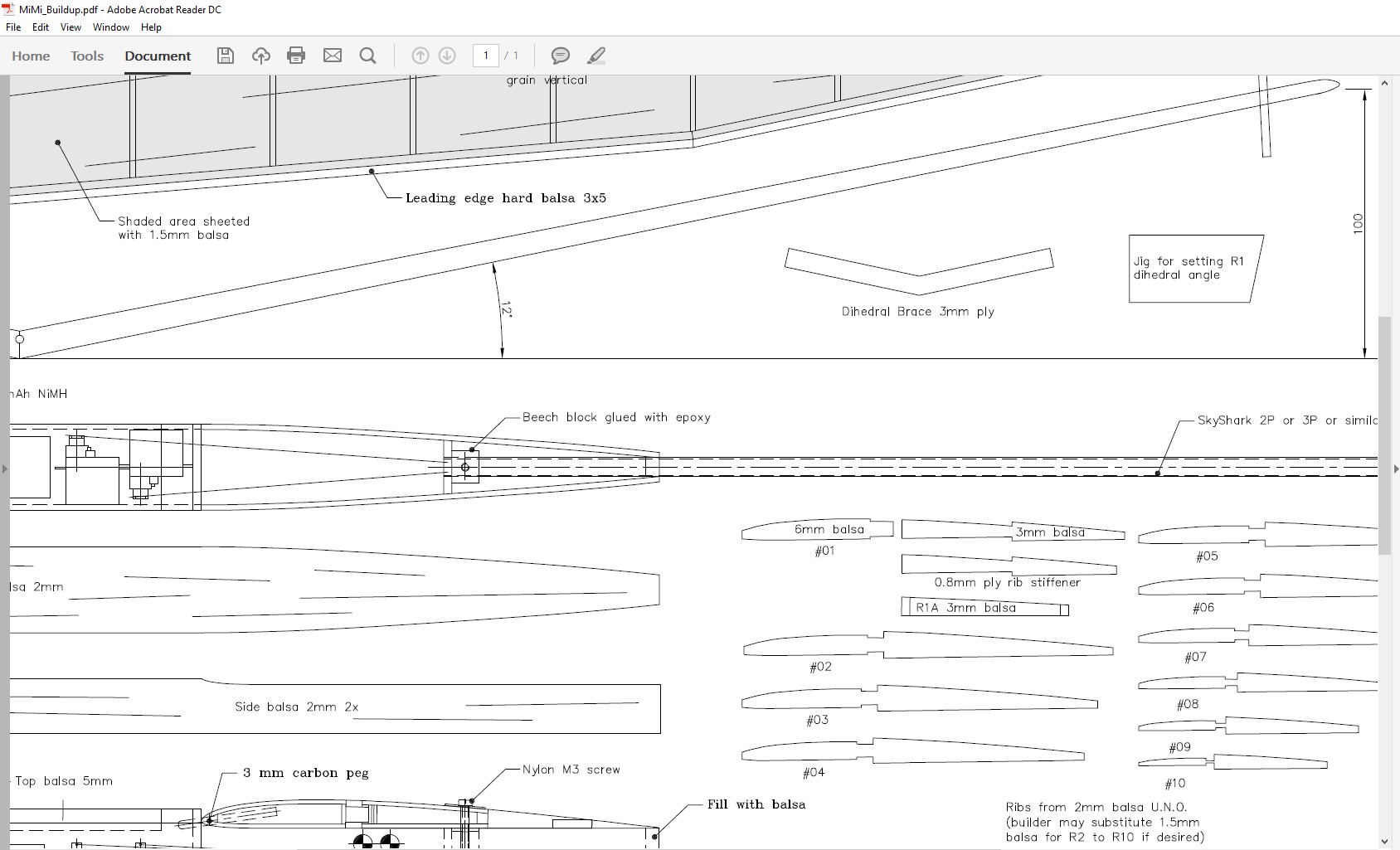 In terms of in-flight behavior, the biggest change between dihedral and polyhedral (or tip dihedral) with the same overall stability is more roll response for a given yaw input -- this occurs because yaw-induced roll is caused by the skid presenting the outside wing at a higher angle of attack than the inside, and this effect is both more pronounced, per area, with the sharper angle of a tip dihedral or polyhedral tip panel, and is applied further from the centerline, so has a longer lever arm.

I'd agree, however, with the advice in another answer, not to modify your first kit. Build to plans and instructions. If you want to compare, get the kit built and the model flying correctly, then either buy another kit or buy materials (make photocopies or scans of the ribs and tip plates) and build another wing -- then you can compare the in-flight behavior for yourself.

If you are "new to flying" please do not start out by making modifications to your kit. Build it faithfully and to the letter as best you can. Secondly, rocket power may be too much for now. Take your model to a good hill and learn to glide it first.

Changing a dihedral to a polyhedral will only make your build more difficult. Biggest issues will be control throws and setting the CG correctly, followed by crosswind performance, which could be seriously affected by modifications. Stick with the plan.

It is highly recommended to find a "mentor" at a local R/C flying club, or even to join one. This will save many crashes, which end hours of building in seconds. Expect a few during the learning process.

Not the answer you're looking for? Browse other questions tagged wing model-aircraft remote-pilot or ask your own question.

19
Can any aircraft adjust the wing dihedral in flight?
12
What are the pro/cons of polyhedral cranked wings?
8
Is the low air pressure on top of the wing the major contributor to lift?
3
What is the moderate dihedral angle for a low wing airplane?
2
What are the effects of camber location in an airfoil?
0
How do anhedral and dihedral affect the efficiency of a wing?
2
Wing dihedral in a biplane