Why is the tail group of virtually every airplane swept instead of straight?

Even low performance airplanes like ultralights have their tail group (vertical and horizontal stabilizer with rudder and elevator) swept backwards knowing fully well that a straight tail group will produce more force than a swept tail group of the same area. Is the sweeping of an airplane's tail group simply aesthetics or is there some aerodynamic advantage involved?

The reason why I'm asking is because I'm trying to design and build an ultralight and was wondering if I can just build a straight rectangular tail group as seen below (for the sake of simplicity).

There is more to it than just looks.

One immediate benefit is a more backward location of the center of pressure on the backwards swept surface. But that effect is small and has to be bought with a lower lift curve slope, i.e. lower effectivity at low angles of attack rsp. sideslip.

But once sweep is big enough, it will extend the useable range of sideslip angles at which the tail is effective. Sweep reduces the lift curve slope but extends its linear range to higher angles, so the maximum lift per area of a swept surface is about as high as that of an unswept surface. This is especially true for low aspect ratio wings where the outward movement of the boundary layer is not a big factor. Therefore, the aerodynamics of a vertical tail suffer much less from the usual sweep effects we know from swept wings.

Adding a fillet ahead of the root of the vertical tail increases this effect further and has been instrumental in making designs like the Boeing 307 spin proof. Before that change the Boeing 307 prototype suffered separated flow on the vertical in a spin and crashed when the aircraft oversped in an attempt by the pilot to end the spin by applying differential thrust.

While the wing operates in a narrow range of angle of attacks and straightens the airflow for the tail, so the horizontal tail is able to work within an even narrower range, the fuselage creates an unstable yawing moment over a much larger range of angles of sideslip. In order to have enough directional stability even at high angles of sideslip, a swept vertical tail is very helpful. Yes, this swept tail needs to be larger than an equivalent vertical tail which is designed for single-digit angles of sideslip, but this straight tail will render the aircraft unstable once it ventures into higher sideslip angles.

Reference: NLR Report A-1582. Sorry, I found no online source. It is discussed in Ed Obert's "Aerodynamic design of Transport Aircraft" on page 418.

But there is one exception: In the early 70s many glider designs used a full-flying, swept horizontal tail, like this Standard Cirrus below (picture source): 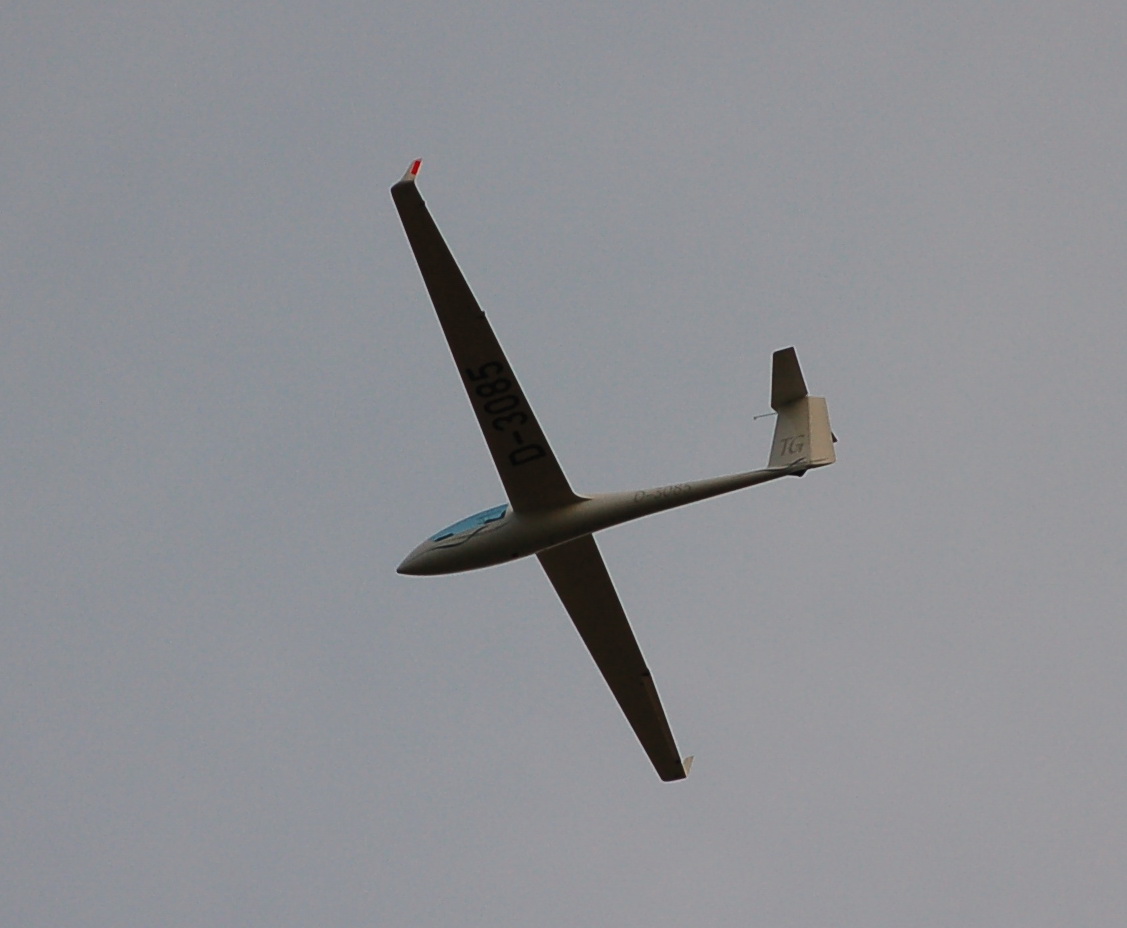 This is obviously not for compressibility. By sweeping the tail its center of gravity can be moved close to its center of pressure, so this tail needs no mass balance and has low actuation forces. The downside is the rigid, symmetrical airfoil: At low speed and higher angle of attack it has very little effectivity because the flow stays separated while a conventional tail with a fixed stabilizer will already show attached flow. This led to a number of fatal crashes in winch launches when the aircraft would pitch up into a stall and could not be controlled.

There is no doubt some aerodynamic benefit to sweeping tails on high speed airplanes, and there is some benefit, as Zeiss says, in that there is a modest increase in moment arm without lengthening the fuselage (on the other hand, the sweep imparts a small pitching moment when the rudder is displaced, but it's not enough to be a big deal).

At any rate, on just about all lower speed aircraft, especially GA ones, it's really just "styling"; one of the only places in aircraft design where form supersedes function.

In the early to mid 60s Cessna changed the vertical tails on their models from straight to swept. This had absolutely no effect on performance. It was pure styling because a swept tail looked more "modern" (It's also the time when they came out with silly marketing names like "Land-O-Matic gear".. you know, spring steel leaf or rod gear legs). Meanwhile pretty much all horizontal tails have remained straight. Why? Nobody cares how it looks from below. It's all about the profile.

So if there is a major technical benefit to sweeping a tail on a particular design, you can generally expect to see the horizontal tail also swept. Otherwise, styling.

One reason is to save weight.

It goes like this: the further to the rear the tail surfaces are, the smaller (and lighter) they can be, but fuselage structure is heavy. If you make the surfaces swept, the area is moved to the rear, but little if any weight is added compared to unswept surfaces.

Beyond the actual weight saved at the tail, we used to say in model building that "an ounce at the tail is worth a pound at the nose." That's because of moment arms; a tiny amount of weight in the tail may require a very large mass of structure (or even ballast) near the nose to keep the center of mass where you need it for stability.

Not the answer you're looking for? Browse other questions tagged aerodynamics airliner ultralight control-surfaces or ask your own question.

1
Why is the horizontal stabilizer of the Lazair swept back?
15
What is the reason for the poor low-speed characteristics of sweptback wings?
14
Why do modern aircraft tend to have angular tails?
7
What is the way to calculate the required twist of a flying wing?

19
Why is the Tu-144 the only commercial airplane with canard configuration?
15
Why does the A340 have 4 engines instead of 2?
14
Why is the coefficient of drag for straight wings at supersonic speeds lower than for swept wings?
5
Why does the spanwise flow along a swept wing not accelerate?
15
Why do some airplanes have simultaneously a straight wing and a swept horizontal stabilizer?
2
Why did the Bede Bd5 have strakes on the horizontal tail?
5
Why does the zeppelin NT tail use 3 fins?