Identification of this control panel for a four-engine plane

While cataloguing a printer's copper plates I came across a control panel image, and I have attached it here in the hope someone can identify what plane it's from. The Lorenz blind-landing instrument gives an indication of the period. 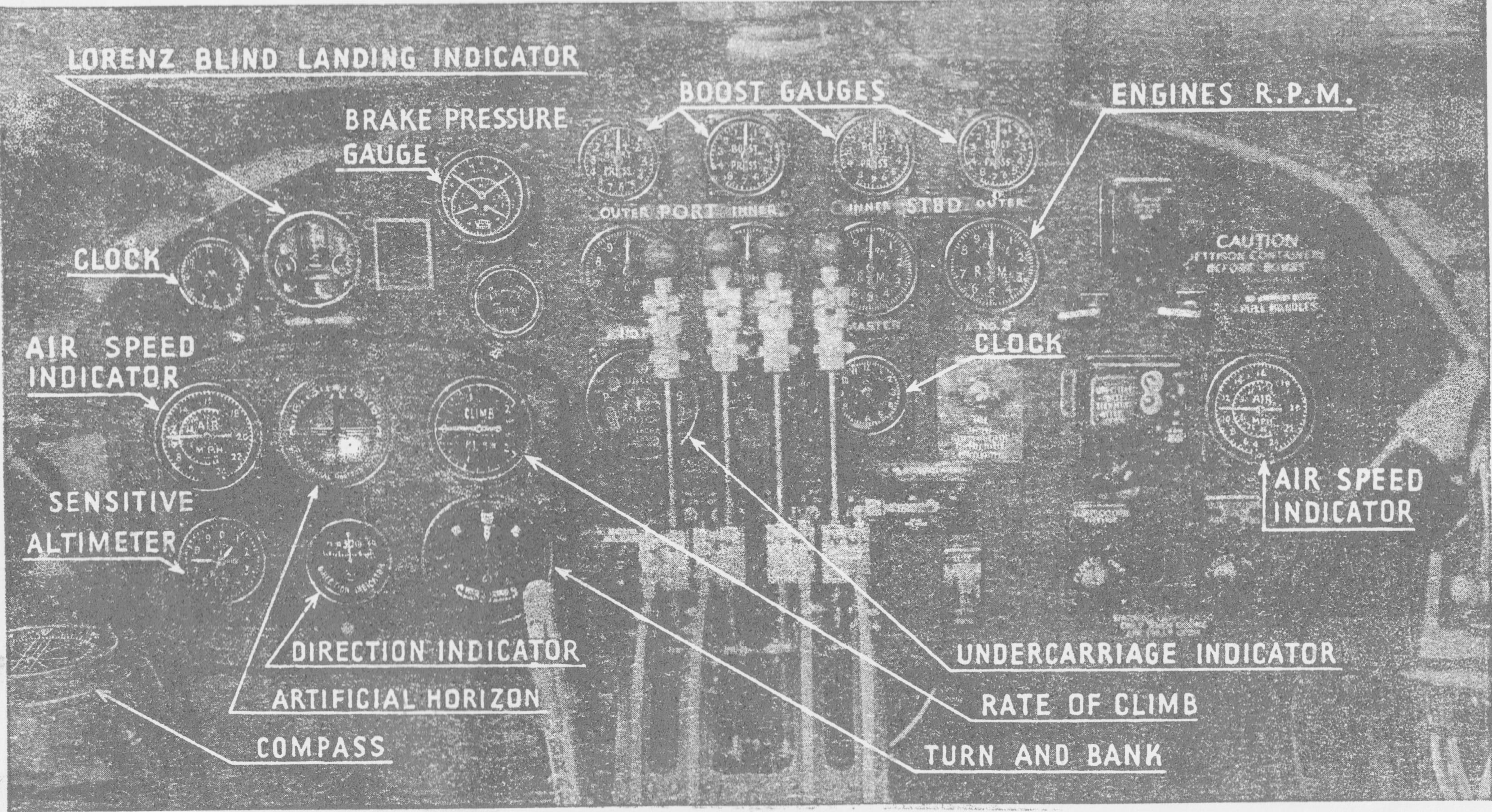 This is almost definitely the cockpit of a Short Stirling of unknown mark, a 4-engine British heavy bomber from World War II.

The RAF Museum's website has an (admittedly low-resolution) photo that matches quite closely, as does this history website. Here's my thought process:

In short, I'm pretty confident this is a Stirling.

Other aircraft I looked up and discarded as not a match:

Not the answer you're looking for? Browse other questions tagged flight-controls aircraft-identification flight-instruments cockpit or ask your own question.

4
How is the lighting panel of an Airbus A340 designed and how does it work?
13
Do commercial airliners have the tail number placed somewhere on a placard in the cockpit?
20
What do these instruments do?
13
How are Airbus pilots trained for using the mechanical backup control systems?
10
Can you identify this plane from 1920 and prior vintage?
28
Why force the nose of 737 Max down in the first place?
10
What is this WWII four-engine plane on skis?
21
What plane is this instrument panel from?