What do these instruments do?

This is sort of the reverse of an aircraft-identifcation question.

I am attempting to build a virtual model of a Gee Bee R1 (for fun). Unfortunately I haven't had much luck finding plans or images of the inside of an R1 cockpit. The best I could find is this image of a miniature model of a R2 instrument panel: 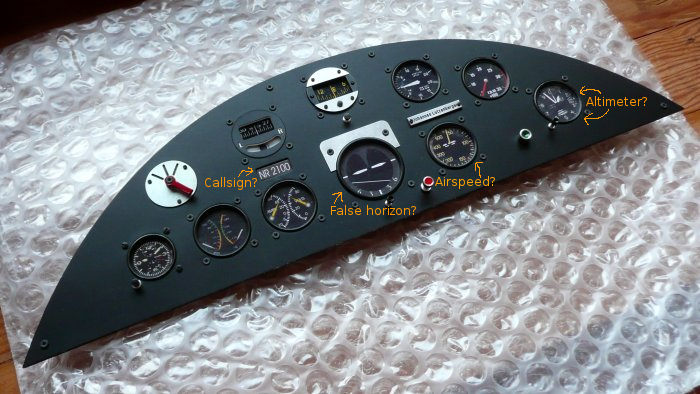 And this still from a video about a modern-day flying replica (also an R2): 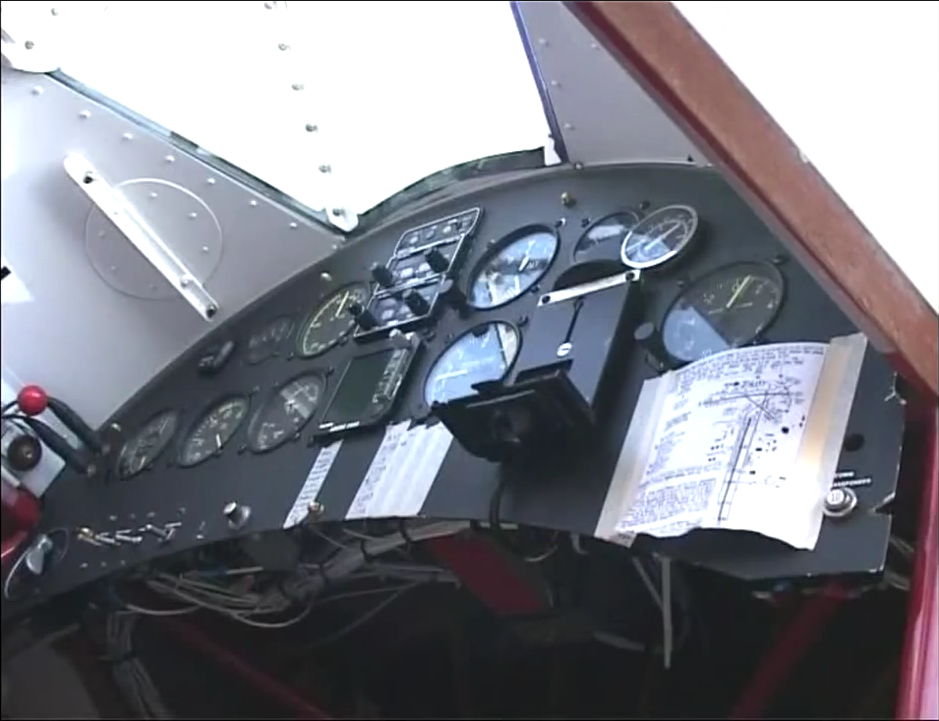 Having desperately reached as far as the second page of google images without success, I've given up trying to find anything better. But if anyone knows some better sources, please let me know!

With very limited actual knowledge about any sort of aircraft, I have no idea which doohickeys do what. So my actual question is, can anyone identify what each of these things likely indicates or does?

For the panel image that you provided, I should be able to identify all major instruments: 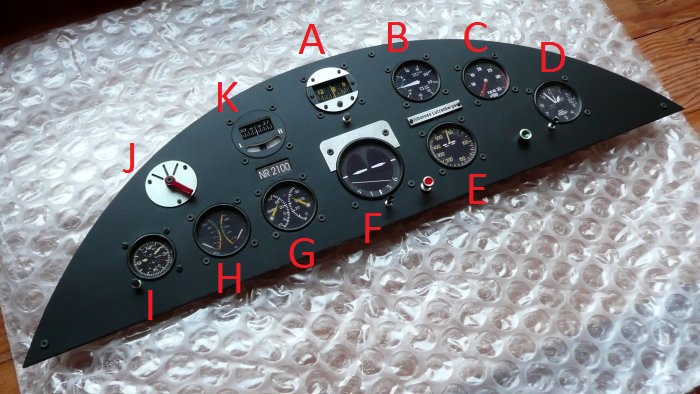 A: Magnetic Compass - Pretty self explanatory. Note that in the real aircraft, A and K may have been switched.

B: Vertical Speed Indicator (VSI) - Indicates vertical speed, either up or down, in feet per minute.

G: Amp and Volt Meter - Amps are indicated on the left, volts on the right.

J: Magneto Switch - Control for ignition systems. This control only shows three detents. There should probably be four detents: Off, L, R, and Both (L and R refer to Left and Right magnetos).

The inscription reading "NR2100" is indeed the aircraft registration, typically used as part of the aircraft callsign.

The knob below A is likely used to set the gyro compass (K) that should be in that location.

The knob below F is likely to adjust the pitch indication on the artificial horizon (F).

The red knob between F and E is probably meant to be a knob to cage the artificial horizon (F) and should actually be placed in the location of the screw directly above and left of that red knob. See the Bee Gee Z panel I linked to below.

The knob between E and D is probably meant to be a larger knob that might be part of a pull control. I have no real idea of what it is, but my guesses would start with carb heat, primer, starter engagement pull knob. Could be many other possible functions.

Reference the photos in this album by Roger Ritter depicting a Bee Gee Model Z. I understand that it is not the same model that you are looking for, but the cockpit layout is very similar, and should be informative. His photos helped me confirm the identification of the gauges in the panel image you provided. Photo album linked only, due to image copyrights.

Not the answer you're looking for? Browse other questions tagged flight-instruments aircraft-identification gauge or ask your own question.