Can you identify this plane from 1920 and prior vintage?

My grand uncle, that is my grandfather's brother had a flight school and performed in barnstorming shows somewhere in the midwest and it's not a Jenny. His name was Ralph Bloxham and is seen with his flying cap on in the rear cockpit.

I've found a few planes with similar characteristics but none with them all. Can you identify the plane? 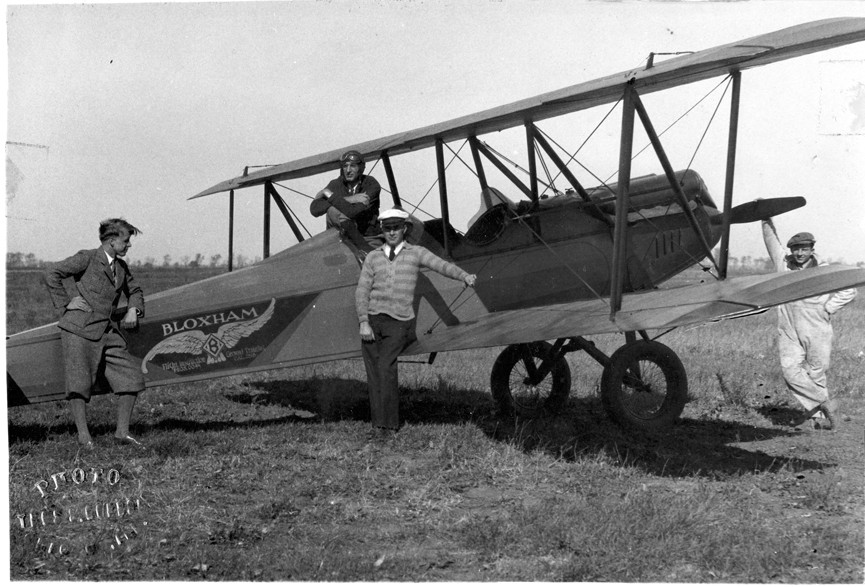 The N strut design seems to be a rather uncommon trait as I search, most are wired only, and so is the completely enclosed long engine cowl/cover which rules out all radial or rotary types. Single bay rules out many. What do you think?

I'm pretty sure that this is a Lincoln PT, part of the Lincoln Page PT series, although the PT/PT-K was in the late 20's and early 30's: 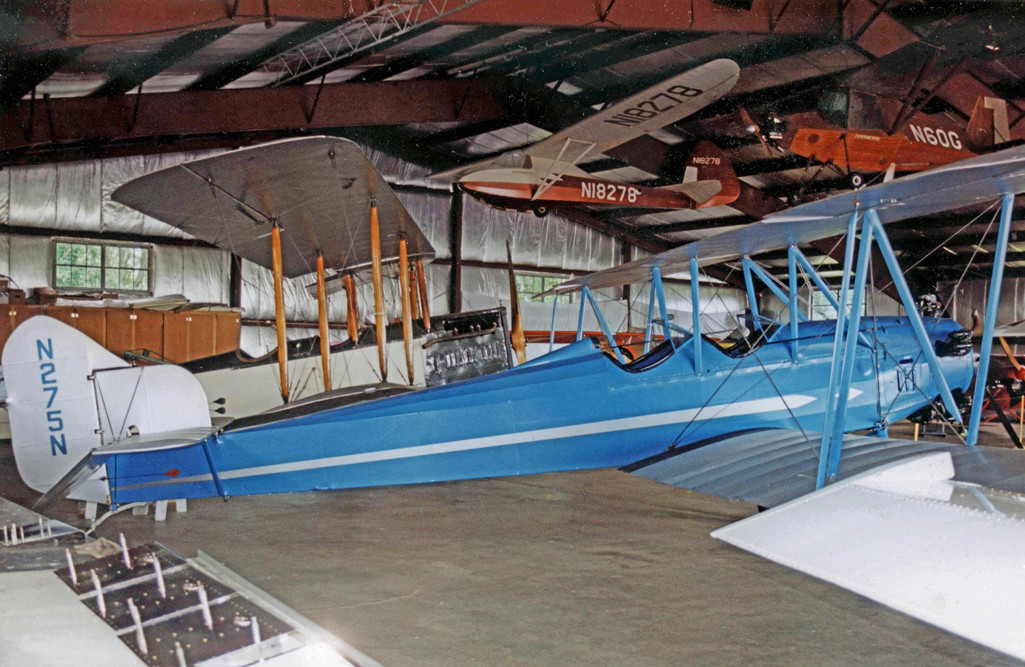 You can read about it from EAA:

The Lincoln PT-K model was the next development of the Lincoln-Page PT, designed specifically as a flight training or low cost sport flying airplane. The “Page” had been dropped from the company name before the PT-K came out, so the “PT” stood for “Page Trainer”.

The PT-K was considered a well designed airplane from an aerodynamic standpoint in 1929, taking into account the mannerisms of a student pilot. The fuselage had a long moment arm for the tail surfaces, meant to desensitize the pitching and bucking of a nervous student pilot as he worked his way through the curriculum. In other words, the Lincoln was not too fussy and wouldn’t get all upset due to a little pilot error.

The PT-K was powered by a 100 hp Kinner K5, which could max out at 104 mph. It was no exceptional trick for the PT-K to perform a well rounded loop from level flight; there was really no need to dive and gain excessive speed to bring it around.

The structure of the PT series proved to be quite rugged. The original design had a split axle landing gear configuration with a shock absorbing bungee chord. The later design featured a stiff-legged rigid gear, coupled with low pressure airwheels. The low pressure airwheels had more than enough “give” in the sidewall so that no further shock absorption was needed.

The PT-K was available with a few options, including a metal propeller, a lightly framed fully enclosed canopy for cold weather flying, navigation lights, and engine starter. One other item available as an option was Bloxham “Safety Sticks”. This option allowed the instructor to disengage the student’s control stick if a student “froze” during the flight.

The aircraft in the picture is restored, but the strut matches especially around the cockpit.

The Lincoln PT was offered with a different V-8 engine, the Curtiss OX-5 but there is no evidence that one was ever sold. You sir may have that evidence as you don't seem to have the PT-K version, but the PT version.

Not the answer you're looking for? Browse other questions tagged aircraft-identification biplane trainer or ask your own question.