Safety regulations for take off spectators around airports?

In a Greek island, an A320 blasted a child ten meters away, during take off. It was with his family outside the airport (Greek src).

I wonder what are the regulations, if any, for how much people are allowed to approach the airport (I intended to say runway, but some people might not be able to identify it).

I don't expect from a common person to be aware of the dangers that occur at these situations. The airport should protect them, that's why I ask, if there are any regulations that define the min. allowed distance of people outside the airport?

If yes, it would make sense for the airport to have it's fence at that distant, not any closer.

Most airports are intentionally built away from other areas because of practical problems like noise and potential structures getting in the way. There's also the rather significant requirements to build a runway itself (long, relatively flat and level). But there doesn't seem to be any hard minimum safety distances. It seems to be left up to the airport itself to determine safe distances.

One of the best examples I can think of (with limited clearance around the airport) is Princess Juliana International Airport in St. Maarten. The runway approach passes directly over Maho Beach, a road, and then you have a 7000ft runway (the largest flat spot the island can muster). In the picture below, the fence marks the end of the airport. 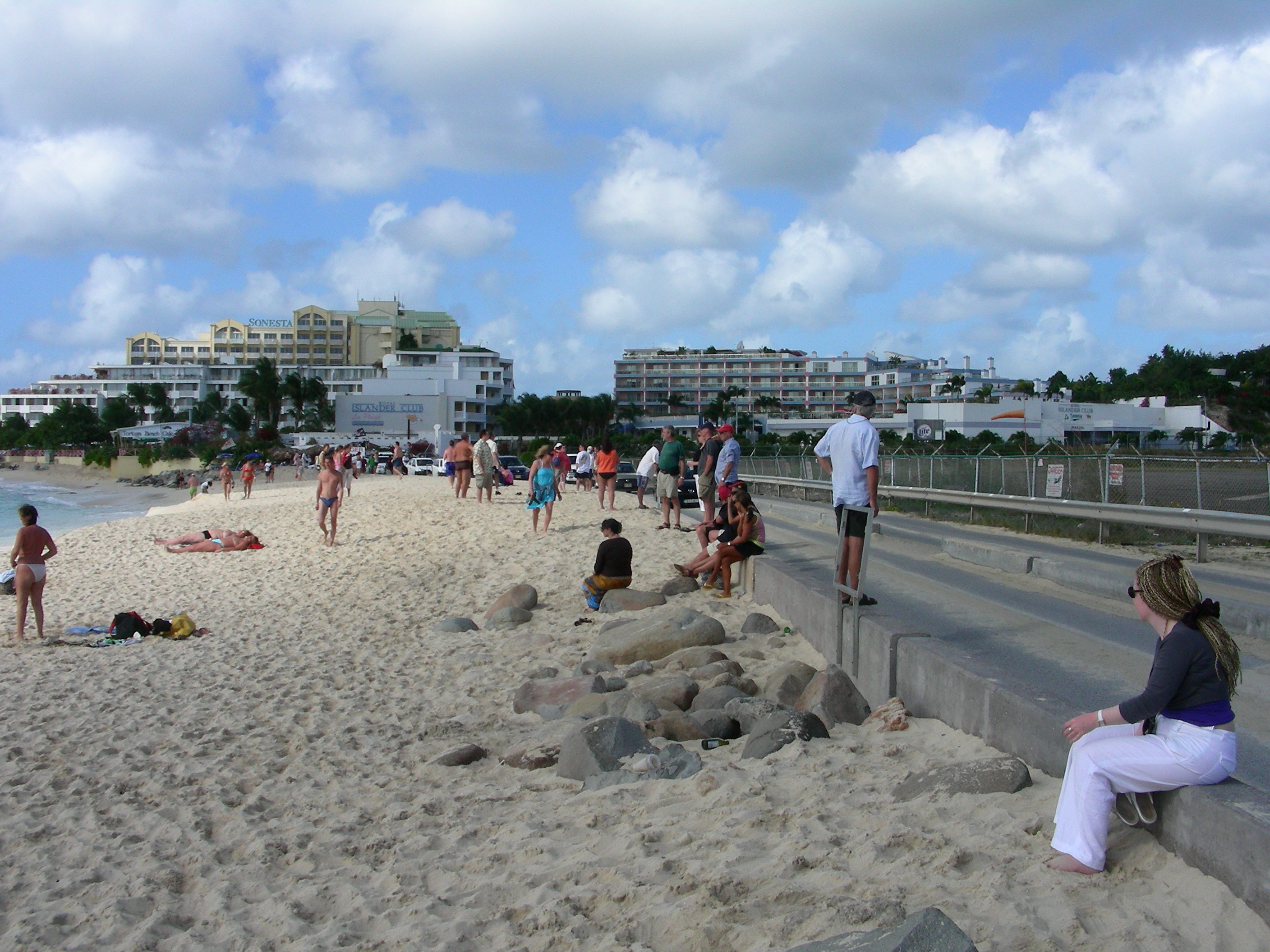 It produces some spectacular videos of planes passing less than 100ft over the beach and people watching on the beach are impacted by the blast of jets, who must stop at the end and bring their engines up to speed before starting their roll.

The incident mentioned happened at Skiathos Airport, which is also an island airport with limited land for a runway (shorter than St. Maarten at 5300ft).

So it seems to be that if you have a long, flat, and relatively level spot to build a runway, there's nothing to prevent you from building an airport there.

A serious accident occurred at noon in Skiathos, as a 12-year-old child was injured by the airborne aircraft taking off.

The child, together with their parents, watched from a short distance the take-off of a TUI Airbus 320 to London.

However, the power of the gases from the engines of the airplane expelled the 12-year-old at a distance of more than 10 meters.

The unfortunate child was initially transferred to the health center of Skiathos and then to the Achilopouleio hospital of Volos.

According to the doctors, the 12-year-old is at no risk.

It does seem like there ought to be at least a sign near the end(s) of the runway. There are plenty of videos of the airport at St Martin where folks get sandblasted by the blast of engines of the airliners. I believe they have a warning sign. Even a lowly Cessna/Piper/etc with 180HP engine can kick up quite a wind.

There are no regulations on the distance from the end of runway/runoff areas to nearby roadways.

12
Is there a minimum distance between a runway and a public road?

11
Are there specific regulations for airports near water bodies?
19
What is a take off roll?
3
How many minutes between jetway (air bridge) detachment and take-off?
2
What are the regulations for lighting fixtures around an airport?
4
What are regulations for pyrotechnics on planes?
4
How should private airports or locations not regularly intended for landing be identified if you land at or take off from them?
6
Reclined seats for take off and landing
9
What are the disadvantages for using short-field take-off technique?