What was the first control room--used for flight test--established in aerospace history?

Historically, what was the first instance wherein a test team used a control room or operations centers for flight operations support?

This article would seem to suggest that use of radio telemetry started being used sometime during the mid-fifties.

Then you reduce these rolls of oscillograph readouts and learn to read the data, you will know more about what happened during a flight test than the pilot, the engineer and the designer. These rolls of paper are like novels. It is up to you to get the meaning, then sense the plot and determine whether flight objectives were satisfied.

The quote above is from chapter 5 of "Failure is not an option" by Gene Kranz, describing his first introduction to flight testing in 1954 when he started working for McDonnell Aircraft. As the quote would indicate, data processing happened after the flight was over and that there was no kind of control room monitoring the progress of the flight. An exception was for incidents such as one also described by Kranz, where a B-52 had lowered a missile from the bomb bay in order to fire it. The missile would neither fire or retract, but as the bomber had enough fuel the engineers had enough time to discuss various options.

I suspect that the first form for flight operations support would have been the chaseplane, although this is outside what you are asking.

The next closest thing I've heard about is Mercury Control, which was used to monitor and support flights during the Mercury Program.

That depends on how far you are willing to stretch the definition but a case can be made for as far back as 1903/1904. The Wright Brothers used a small building to support the initial flights of their early powered aircraft. It can be seen here in this photo although this also makes a good candidate for the first hanger in history. 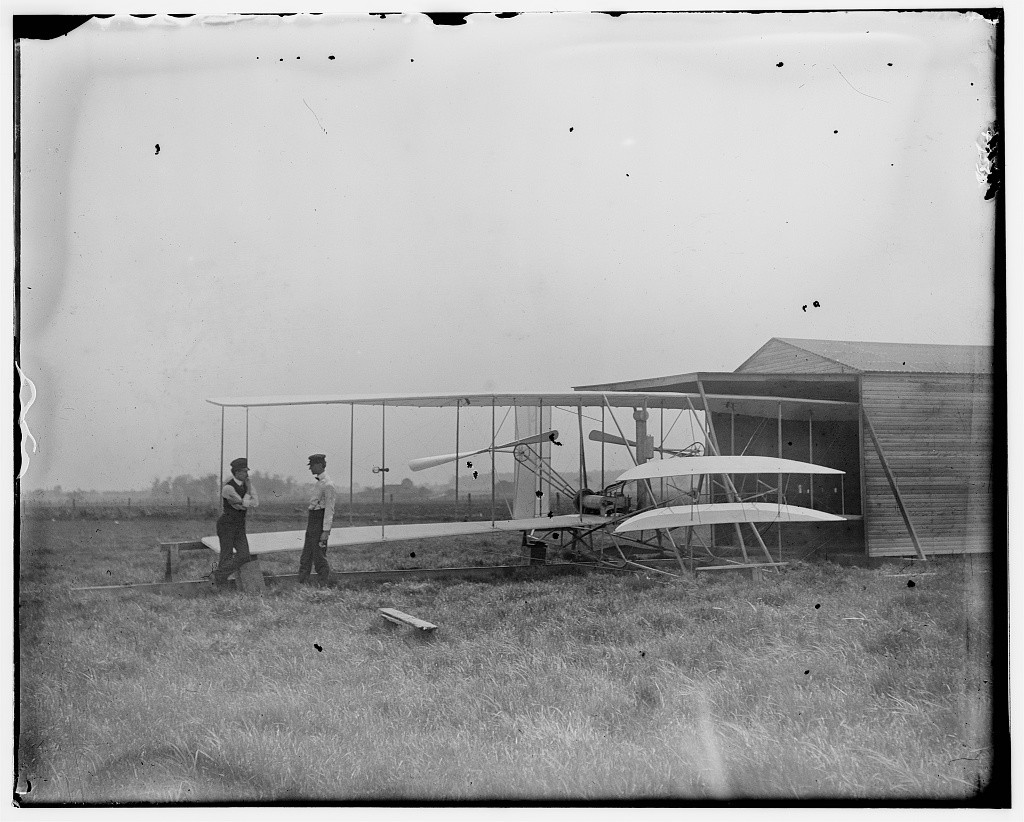 A case could be made that Wilbur Wright also served as the first ground support individual in the history of powered flight. 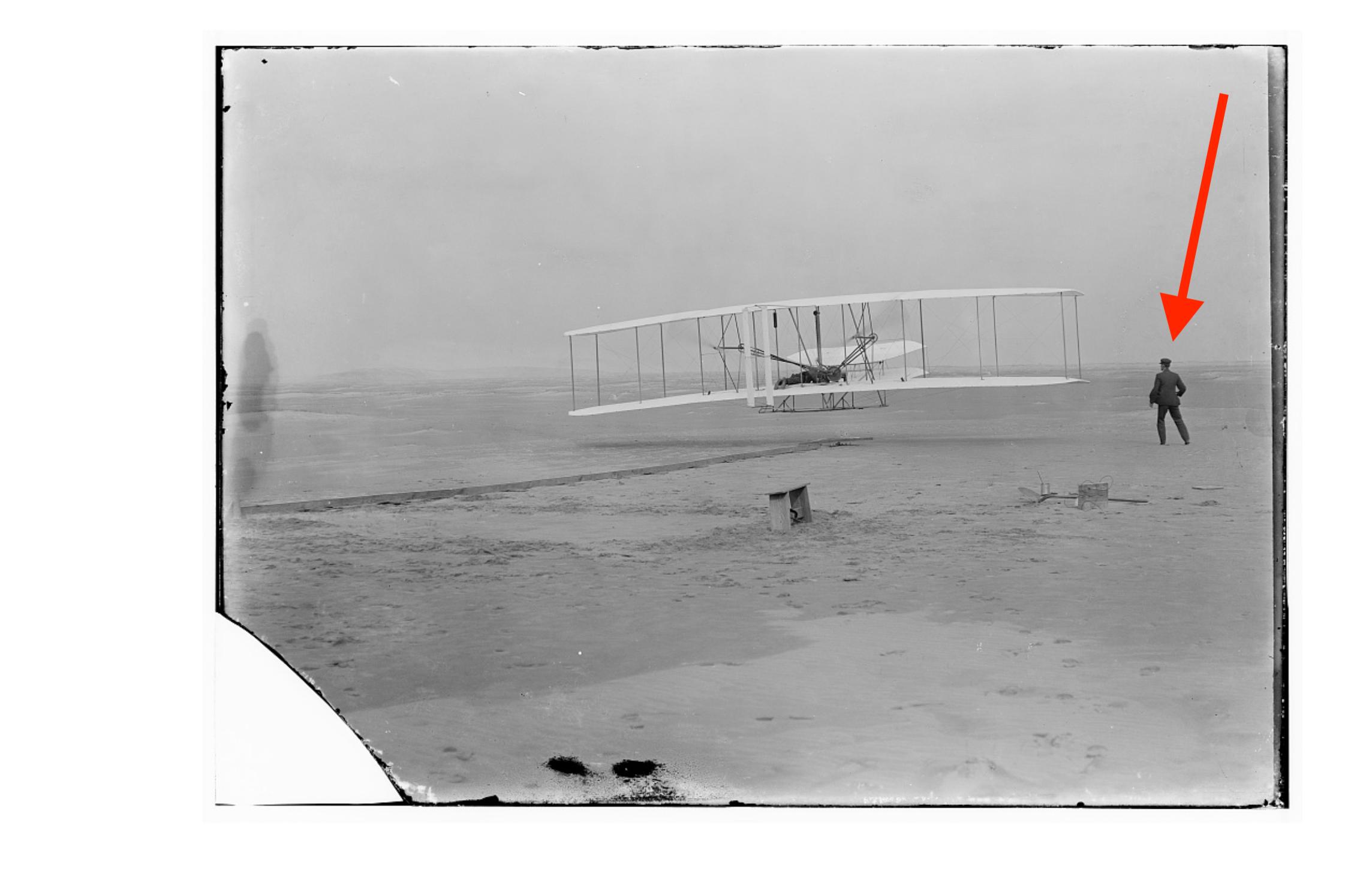 (December 17, 1903) ...Wilbur Wright running alongside to balance the machine, has just released his hold on the forward upright of the right wing... starting rail

The ability for an aircraft to communicate with the ground and have remote operation coordination occur dates back to 30's when radios became popular on aircraft. So its conceivable that ground support for testing was a reality around then.

In his 1935 speed record flight Howard Hughes had a ground support crew, timing, filming and coordinating the flight. While they were not in a room per say you could call them a kind of mission control. This is the best image I can find of the group: 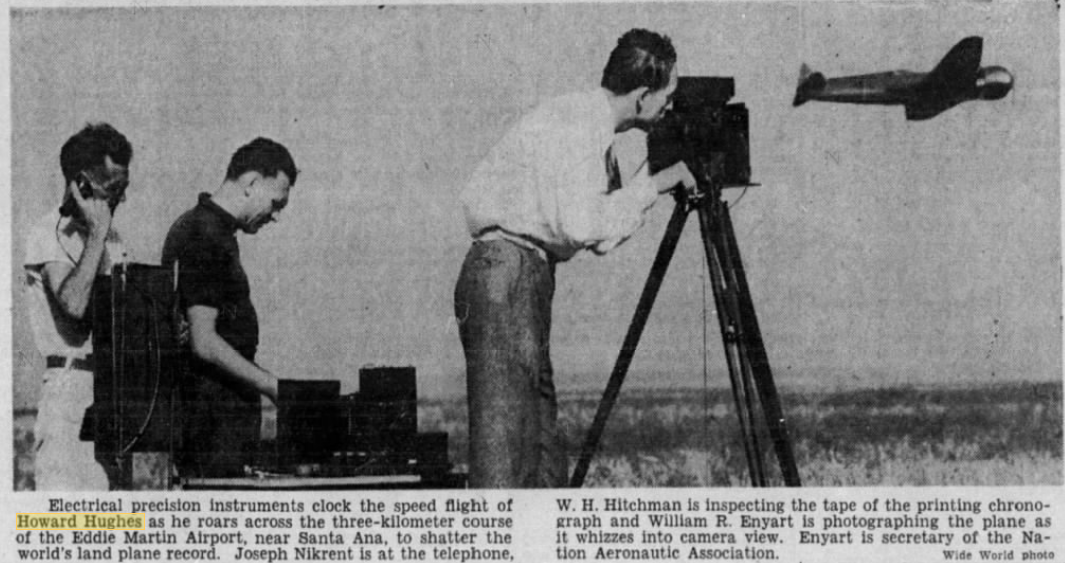 As far as standardizing it, developing the best methods, and honing the operation of, NASA gets most of the credit for modern mission control.

Not the answer you're looking for? Browse other questions tagged aviation-history flight-testing aircraft-operations or ask your own question.

20
How did aircraft communicate during early air travel?
11
Why do the engineers need to be on board during testing?
2
Which organizations and individuals are invited for a review before the first flight of a new aircraft?