What was the first plane that allowed walking during flight?

What was the first plane that allowed crew members and/or passengers to stand and walk during flight?

P.S. I mean walking inside the cabin, as part of normal operation intended for by the plane designers, not walking outside the plane, on wings and other acrobatic activity.

The first airplane with a cabin big enough for walking around was indeed a Sikorsky. This was the Sikorsky Russky Vityas, also sometimes named "Le Grand", a name which was given to an earlier, two-engined version. Oh, and the cabin included a washroom, too!

It was the first four-engined airplane in the world and the biggest airplane of its time. It flew first on May 10 (or 13, depending on the source), 1913.

After the Russky Vityaz's first test flights between 10 and 27 May 1913 (Old Style dates), it was established that a passenger could even walk around the cabins without causing any problems to stability. 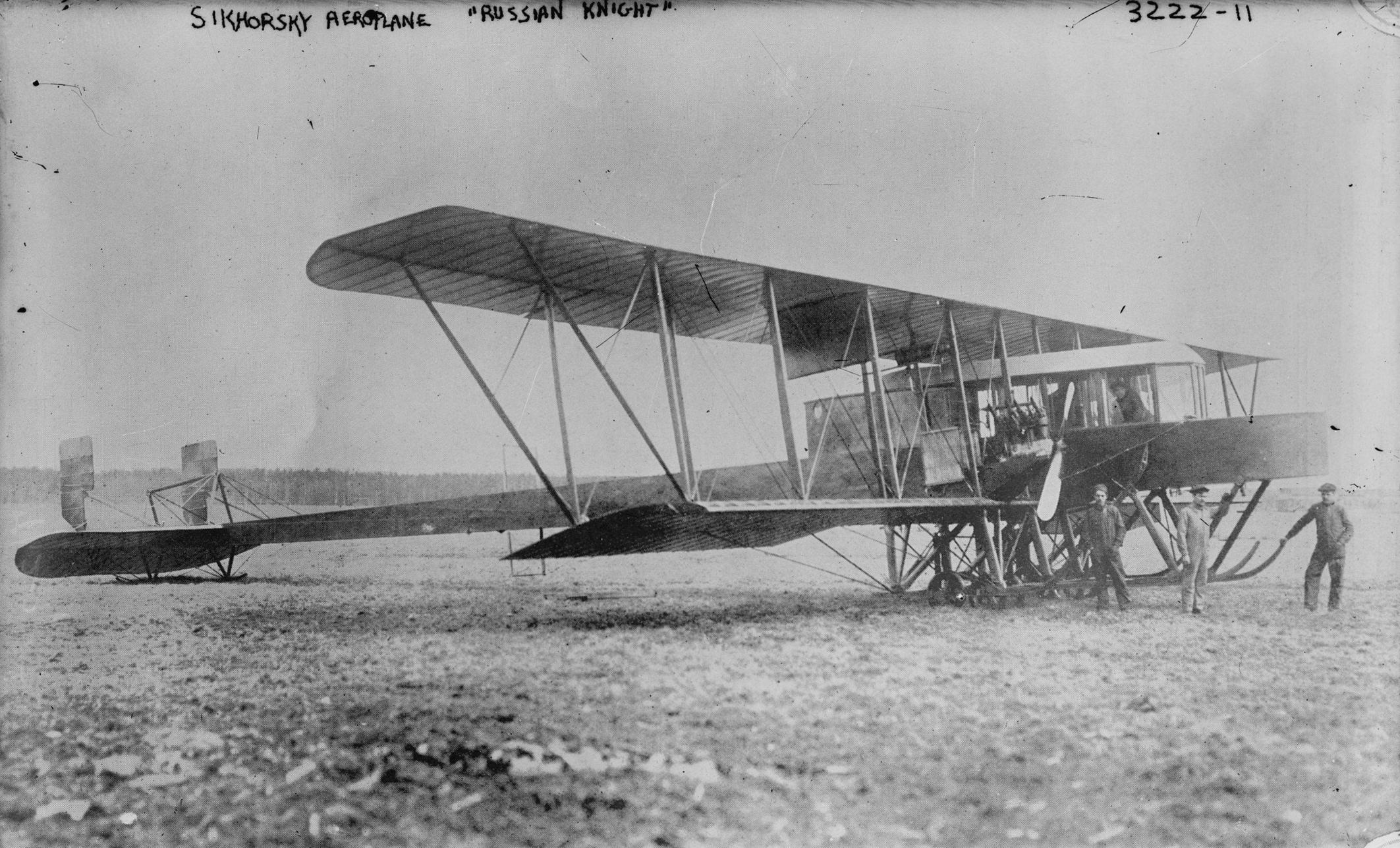 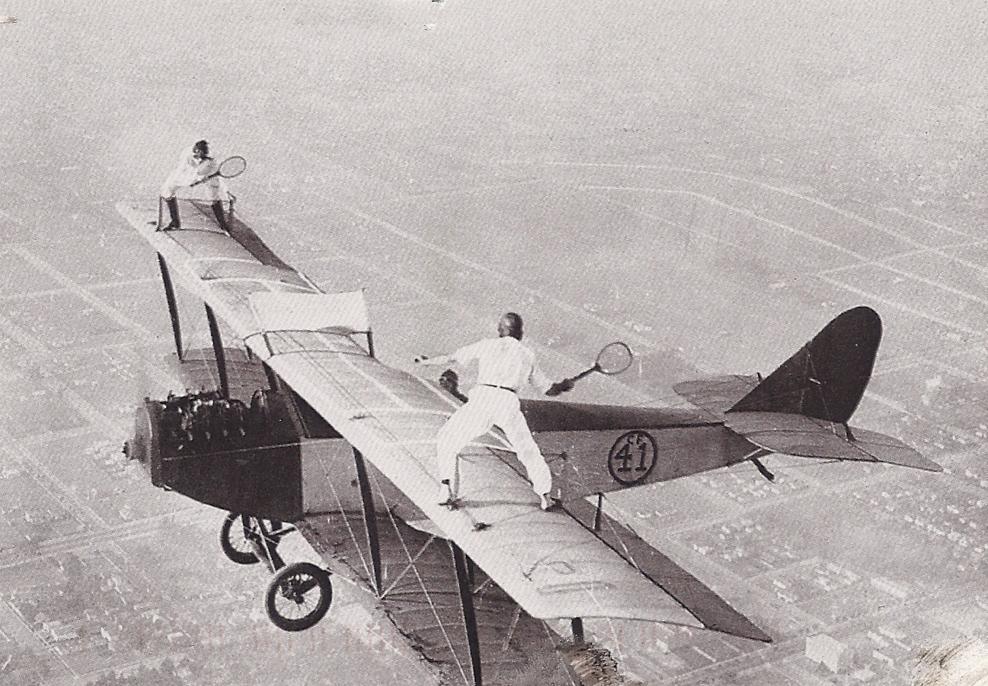 Meals and table service arrived around the same time, 1924, for this Curtiss JN-4: 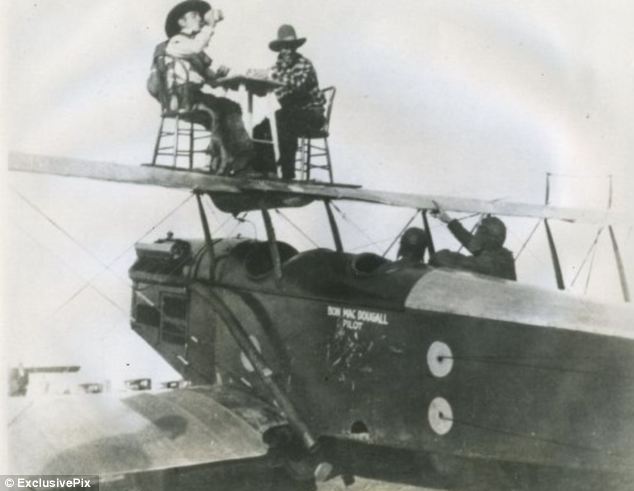 In the early days (before we made people get up to keep the blood flowing) the only real reason to get up on a plane would have been to go to the bathroom. That being said the first plane with a bathroom was the Caproni Ca.60 Transaereo although it crashed on its second flight. The Handley Page H.P.42 is considered the earliest plane to have a toilet built in 1928.

The other way to look at this would be to consider the first plane that allowed people to walk around if just to stretch. Early airlines like the Short Empire 1936, or the Boeing 314 Clipper 1938, most likely saw regular walking around on their long flights but these still post date the HP42.

What was the first plane that allowed crew members and/or passengers to stand and walk during flight?

What I know is that by 1913 people were already standing during flights (see the picture). 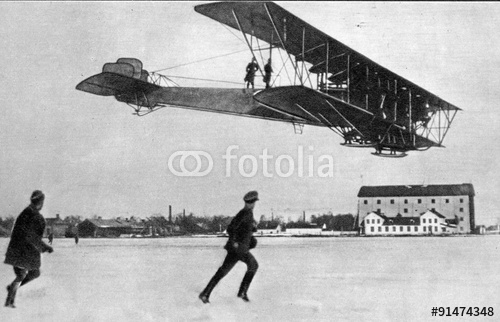