What was the first flight instrument ever used in an airplane?

It's not magnetic compass, turn coordinator, stopwatch, wind meter, VVI, and airspeed indicator. I want to know what is the first flight instrument.

It's the yaw string:

The yaw string dates from the earliest days of aviation, and actually was the first flight instrument. 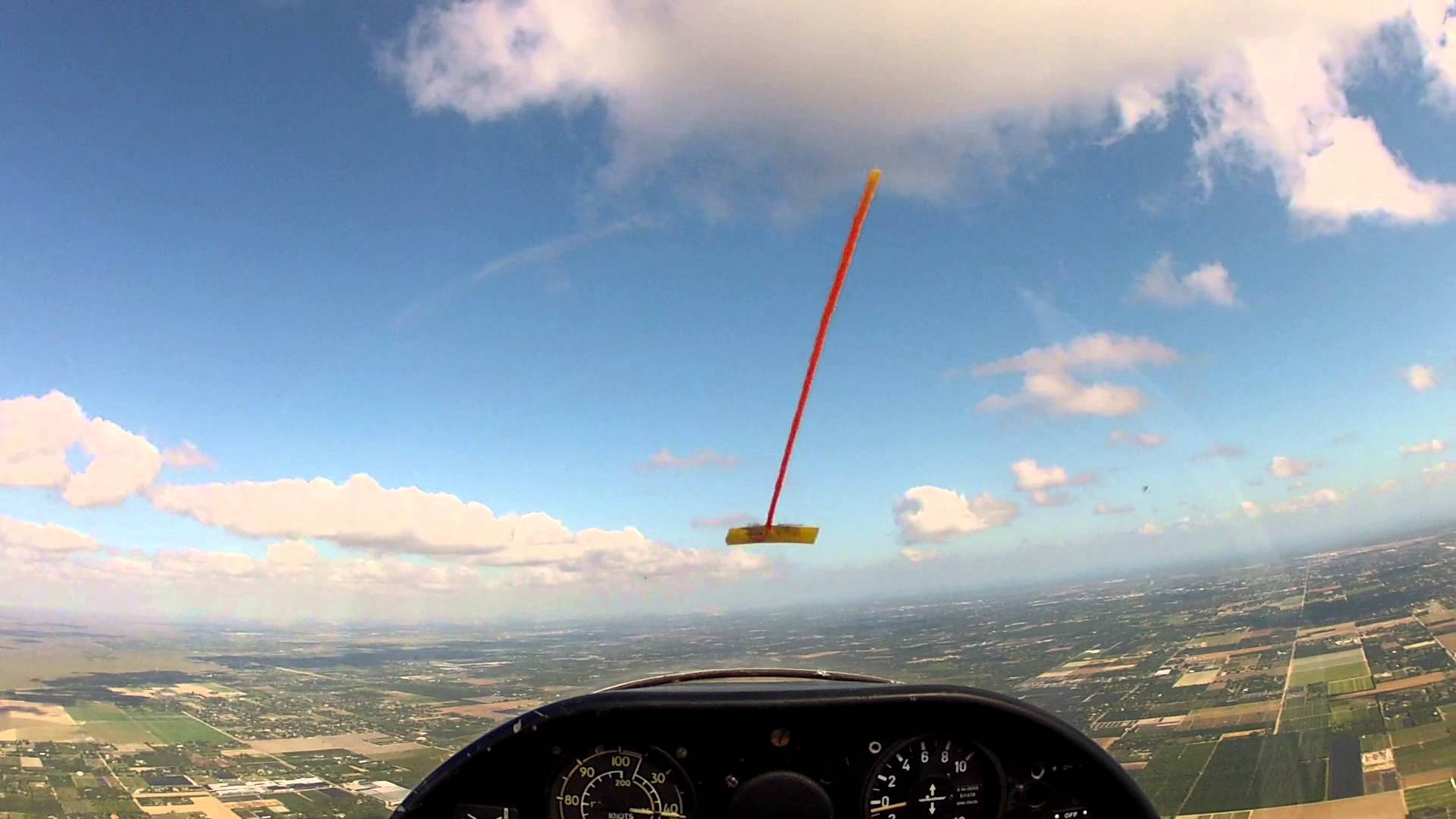 A stopwatch to measure air time.

And an anemometer, to make an estimate of distance traveled by measuring airflow.

I believe the correct answer (and the answer that you looking for) would be the forerunner of the of an artificial horizon, the yaw string. The tendency of airplanes (particularly pioneer aircraft) to roll needed to correct in a timely manner, and the visual earth horizon reference was not an effective means of detecting slip or skid in the necessary timely manner. Consisting of a suspended short piece string or yarn, often weighted the bottom give the pilot a quick measure of the side slip angle of the craft.

Early flight in conditions that disallowed landmark and horizon earth reference often used dead reckoning as a means of navigation. The ability to maintain a constant and correct direction of travel is essential to dead reckoning. A magnetic compass would have been the logical first step.

However, the earth magnetic fluctuations, mistaken speed of travel, and travel heading deviation (the sidewards travel of a vessel as the result of forces (such as wind, currents, etc.) makes dead reckoning as means navigation by any means of transportation, well, dicey. Consider 50 mile due south flight over water with no visual references, if a easterly cross wind deviates the flight path one half mile laterally for every ten miles of flights, then, even with a correct speed in relation to ground, the pilot could of the mark by two and half miles. Thus many other flight instruments had to be developed to bring aviation to where it's at today.

Known as Gyro, Lawrence B. Sperry, a well known for many innovative flight instruments he constantly conceived, developed and personally tested. Gyro was one the first to fly at night, regularly army night flights in 1916. Todays modern aircraft still equipped with the basic flight instruments the Sperry developed.

Not the answer you're looking for? Browse other questions tagged aviation-history flight-instruments or ask your own question.

8
Why Heading Indicator is not magnetic itself and need magnetic compass?
8
What is the difference between Turn Coordinator and Artificial Horizon?
13
OBI, RMI, HSI... What combination do GA aircraft w/o glass typically have?
1
Is there any instrument similar to a compass but which I can electrically drive?
10
When was the pitot-based ASI first used on aircraft?
11
During "partial panel" flying, in what ways is a turn rate indicator more useful than a turn coordinator?
2
Lindbergh's panel-- Ryan NYP-- what is this instrument and how was it useful?
2
Why are primary and supportive instruments in instrument flying different depending on the phase of flight?
5
Why is the turn coordinator gyro tilted?