For the elliptical wing, which property is actually elliptically distributed? 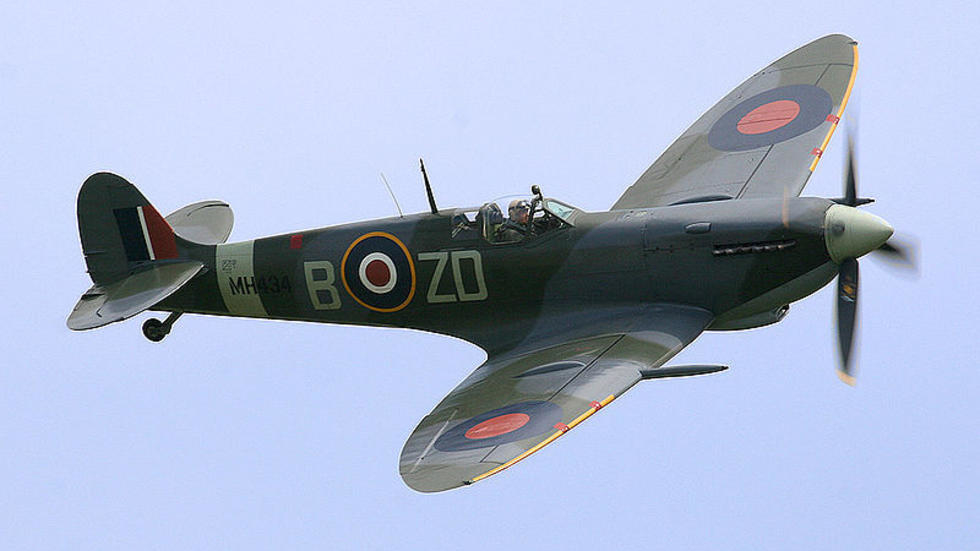 One of the 50 Spitfire still flying in the World. Source

I read it's because this shape allows a perfect distribution of aerodynamic forces. But actually:

With an elliptic circulation distribution comes also a constant induced angle of attack and downwash angle over span. I guess this is expressed by some authors with the term "regular".

However, only the aerodynamicists will see that as an advantage. Both weight and stall characteristics of elliptical wings are less than optimum; the low induced drag coefficient is bought with higher structural mass and, consequently, lift. A more triangular circulation distribution will yield the lowest wing weight and overall drag for a given non-lifting mass (that is, all mass that is not involved in lift generation, especially the payload). Note that for such a triangular distribution drag will be highest near the center.

When people talk about elliptical lift distribution, they mean lift per span. I prefer to use the more correct term circulation, since lift is a force as in pressure times area and can only be produced by a whole wing or at least wing section, not one spanwise station.

(Edited after comments by mods. Thanks for guiding me through the process!)

The only thing that is elliptical is the planform shape of an elliptical wing.

On an untwisted elliptical wing the local lift coefficient is not constant over span, as some here and in many other places on the internet maintain.

Arguments from lifting line theory are not appropriate for discussing the behaviour of the flow near wing tips. It is unreasonable to expect lifting line theory to be valid near the wing tips because is not a consistent large aspect ratio asymptotic expansion. See: Van Dyke, "Perturbation methods in fluid mechanics", 1964.

The span loading includes a logarithmic term, hence it is not elliptical. Furthermore, it cannot induce a constant downwash, and so at the trailing edge the vortex wake does not start as a flat sheet.

The process whereby the vortex sheet rolls up is far more vigorous than if it started out as a flat sheet because the relatively weak effect of viscosity would be the main mechanism driving that rolling-up process. There is a strong upwash in the flow-field near to and around the wing tips which initiates the rolling-up process far more vigorously.

See, for example, among many other papers:

The beautiful shape of the Spitfire planform also made it difficult and expensive to produce. The target was an elliptical lift distribution, at the time of design regarded as resulting in the highest lift/drag ratio. 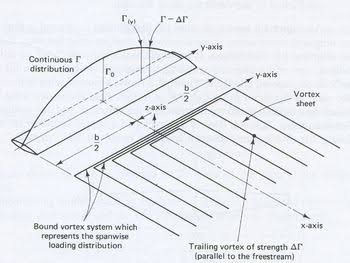 This lift distribution is obtained by shaping the wing geometry, in the case of the Spitfire by making the chord an elliptical function of wing span. The other way of achieving this is to use a combination of wing taper and wing twist: the chord reduces linearly with span, plus the wing is twisted with the wing tip having a lower angle of attack than the wing root. 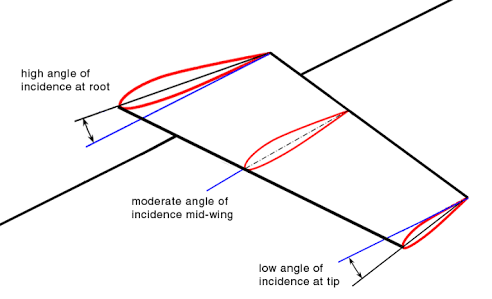 The eliptical planform wing has a constant AoA, and drag changes as a function of wing chord only. The twisted wing has a wing root with a higher AoA, and a wing tip with lower AoA than aircraft AoA: the fat bit of the wing has the higher drag, since wing drag is a function of chord and AoA. So total wing drag of the tapered wing is higher than that of the elliptical wing.

The tapered twisted wing rules though, because:

20
Do box-wings suffer from induced drag the same way as normal wings?
4
How does wing flex reduce wave drag?
3
Why is an elliptical wing planform so aerodynamically efficient in layman's terms?
2
What is the drag optimized wing form for given lift and bending moment?
2
Elliptical wing planform and elliptical lift distribution
2
How to distinguish the induced drag of a lift-producing wing from its pressure drag?
9
If an elliptically-shaped aerofoil gives the optimum lift distribution, why aren't propeller blades designed around this ideal?
0
Help with calculate forces from pressure distribution
3
Is a wing lift distribution smooth in the presence of a prop?
5
2D to 3D Non-Elliptical Lift Curve Slope Correction Factor Reference