How does thrust reversal work on a jet engine, and when should it be used?

A two part question this time, though they are closely related enough that I figured I'd knock them out all at once. I figure the first question probably informs the second question anyway.

Firstly, how does a jet engine flip over to reverse thrust? I'm assuming the turbine doesn't actually switch directions. Is there a set of blades towards the rear of the engine that divert the flow forward again? How's that work?

Probably more topically: When is the right time to apply reverse thrust? I'm assuming you ought to be on the ground (that seems like a given), but are there checks that a pilot has to do before engaging the reverse thrust? Are there times when it's not used, or when it possibly just isn't necessary?

The engine does not move, the air flow is only redirected. The method of redirecting the flow varies with the size, configuration, and manufacturer of the engine. The flow does not need to be directed completely forward; the flow is generally mostly outwards and partially forward. This is still enough to create significant drag and slow the aircraft down.

In smaller and older engines, the entire flow is redirected. This corresponds to the first two configurations below. Buckets or clamshell doors close over the jet flow to redirect the air.

Turboprop aircraft just change the pitch of the propeller blades such that the propeller pushes air forward instead of backward. The pitch in which the blades provide reverse thrust is called the "beta range."

Reverse thrust is more of an "optional" method of braking (see this related question), only to provide extra stopping power when needed. This particularly helps when braking force is less effective, such as in rain or snow. Before landing, pilots will take into account the wind, aircraft weight, runway length, and any contamination of the runway (rain or snow). Based on this they will know what kind of braking force is needed and whether they should use thrust reversers.

The thrust reversers don't always have to be operational for an aircraft to fly. Some operators choose to disable them, which decreases maintenance costs. The thrust reversers can also break, in which case they will be mechanically locked to prevent them from deploying until they can be fixed. Pilots will consider this when they are computing their landing distance. 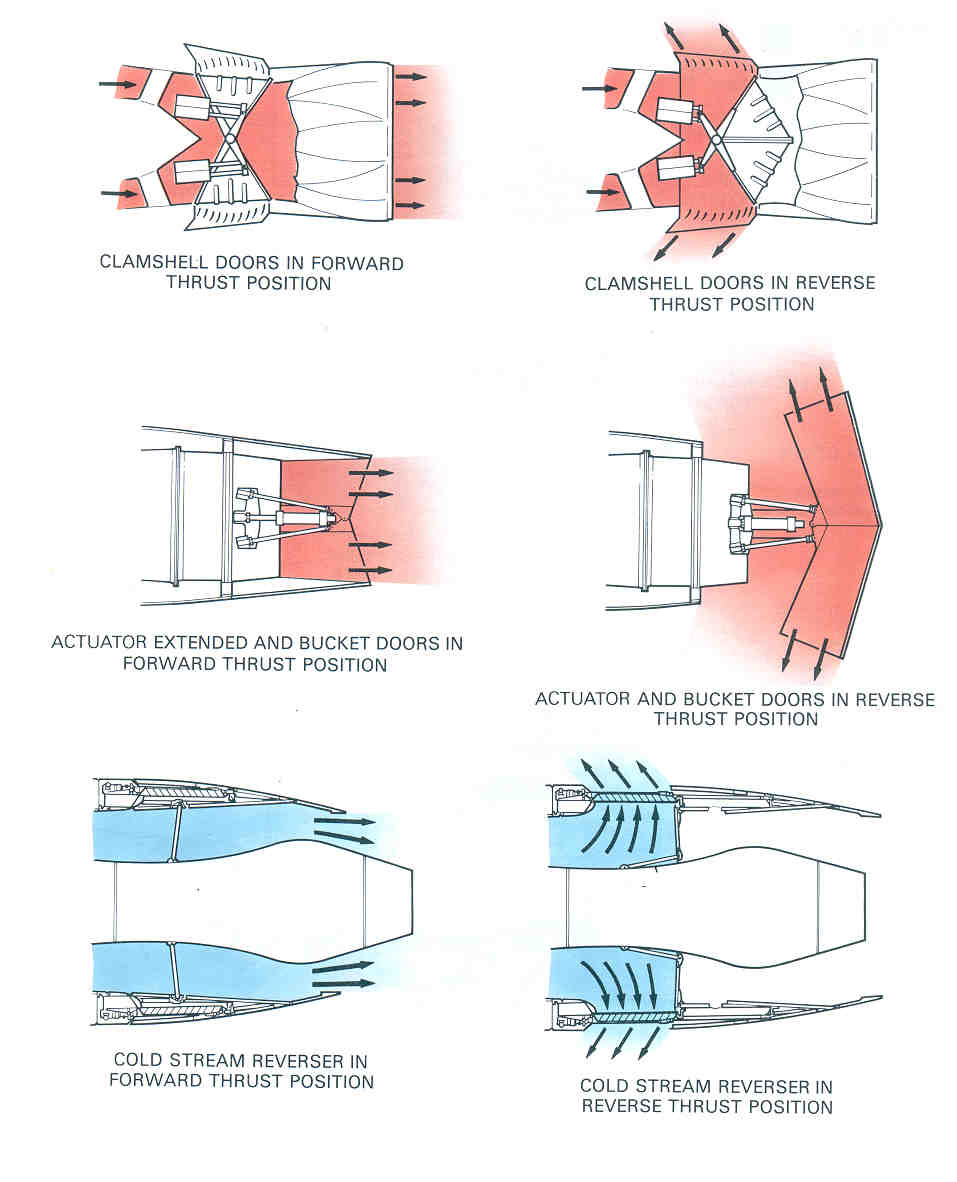 Thrust reverser: There are a number of types, ranging from bucket reversers that swing a pair of doors into the exhaust stream, directing it forward, to door-based systems that direct the bypass air of a high-bypass turbofan engine out the sides of the engine in a somewhat forward direction.

As a special case, turboprop engines can twist the propeller blades so that the normal rotation of the propeller pushes air forwards rather than back, but you may not consider these to be "jet" engines.

I don't have anything to add to the two excellent answers above about how thrust reversal actually works but one really interesting application of it when not on the ground was in NASA's Space Shuttle Training Aircraft, a Grumman Golfstream II which was modified to have the same handling characteristics and approach profile as NASA's Space Shuttles.

To match the descent rate and drag profile of the real shuttles the landing gear was lowered and reverse thrust was engaged mid-flight and controlled by a purpose built system. 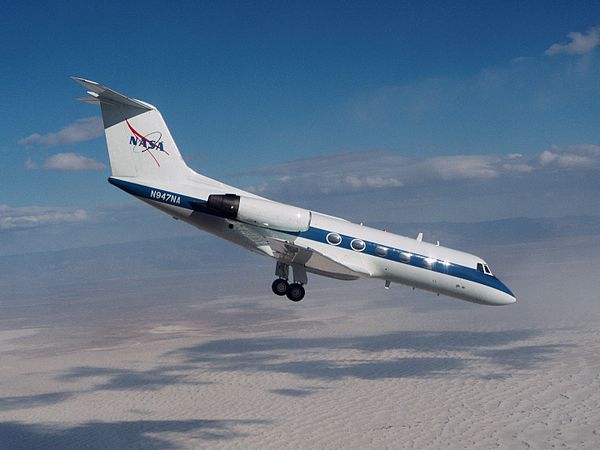 Apparently the system was incredibly realistic and each pilot and commander carried out about 1000 flights before their one shot landing the real thing. It even had the same control surfaces as the shuttle on one half of the cockpit: 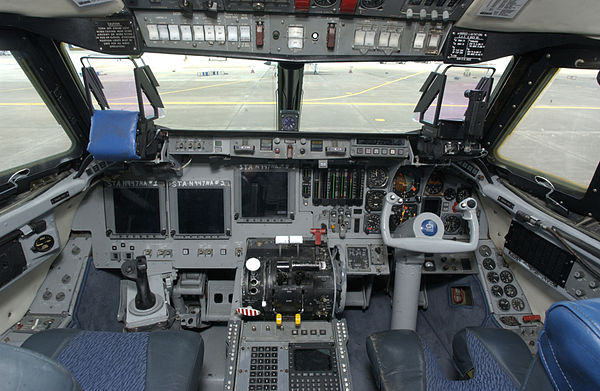 Not the answer you're looking for? Browse other questions tagged jet-engine landing thrust-reverser aircraft-heavy or ask your own question.

13
Do the engines still spool up when reverse thrust is selected, but the reversers are not deployed?
6
Why do commercial pilots always engage reverse thrust even if it is not necessary?
18
How does a jet engine handle suddenly entering a lot of rain?
16
How does a turboprop engine keep running during thrust reversal?
3
How does the power distribution change for a turbofan engine from being stationary to going at full speed?
0
Can tailwind produce reverse-thrust?
5
Why is thrust said to be constant over speed for a jet engine?
1
How do power and thrust curves compare?