Evacuation procedures after a forced landing recommend directing passengers upwind of the aircraft.

What is the reason why evacuating upwind is better than other directions?

There are two problems linked to the wind after accidents:

@DavidRicherby listed the reasons related to running away upwind to try to avoid the effects of flames and fumes (visibility, heat, toxicity). This is part of the IATA guidelines for post-evacuation:

While it appears running upwind is a good choice, deploying slides upwind has not always been a good idea.

A study was conducted by the National Aerospace Laboratory (NLR) in Netherlands, about slides issues during evacuation. It was published by the Flight Safety Foundation in 2005:

The scope of the search was the period 1970–2003 and covered aircraft operations worldwide. NLR researchers identified 150 accidents in which slides were used. A total of 89 slide problems were identified: 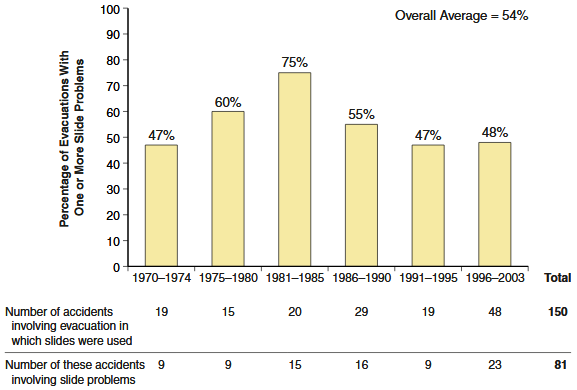 One problem was slides not inflating due to the wind:

Wind had an adverse effect on the use of slides in 11 slide problems (12.4 percent) analyzed by NLR researchers. Typically, wind blew the slide against the side of the aircraft, preventing its use.

To allow using the upwind side of the cabin for slide deployment, today, aircraft certification include this requirement for slides:

4.20 Wind. The device must be shown, in 25-knot winds directed from the most critical angle, to deploy and, with the assistance of only one person who has evacuated down the device, to remain usable after full deployment to evacuate occupants safely to the ground.

If there is a fire, any smoke and flames will blow downwind. If there is a fuel leak, the fuel vapours will be blown downwind, risking a fire or explosion there and potentially making it hard to breathe.

The evacuation at least 500 meters upwind is to prevent from being intoxicated with toxic fumes, gases from burning materials and alike

Not the answer you're looking for? Browse other questions tagged safety landing emergency evacuation aircraft-failure or ask your own question.

23
Are engines automatically stopped in an emergency landing?

13
What is the difference between a tire deflation and a tire explosion?
11
Which gas is used to fill the evacuation slides of modern aircraft?
34
What risks come from passengers taking baggage during emergency evacuation?
20
Is is possible to land a midsize commercial plane on an Ford Class aircraft carrier?
37
Why evacuate wing at the front side after water landing?
26
Is there any emergency situation in which jet engines would not be shut down before passenger evacuation of a transport aircraft?
2
Why are lavatories located near the exits of an airplane?
7
Why do emergency exits over the wings have "step up and through motion" rather than having floor level exits?
15
Is it a standard procedure to use emergency slides without imminent danger?
42
Why does ATC ask a crew who has declared an emergency if their aircraft will be overweight when landing?