What is the record for the highest achieved landing speed?

The emergency landing of Hauptmann Siegfried Heltzel in a Lockheed F-104G Starfighter at the Nörvenich Air Base on 02 June 1965 is often mentioned as the record for the highest landing speed. The emergency landing became necessary after a mid-air collision with a Dornier Do-28. The landing speed is given as 435 km/h (270 mph). According to German-language sources, this value refers to touchdown; however, I didn’t find any source that mentions whether it corresponds to airspeed or ground speed.

Is this (still) the absolute record?

I am mainly interested in comparable parameter values of similar incidents in order to judge whether the above-mentioned emergency landing really was (or still is) an absolute record. Nevertheless, I would be glad about any information on possibly record-breaking incidents in closely related categories.

If that's the case, Hauptmann Hetzel was one uped by an Israeli F-15 pilot named Zivi Nedivi, who landed his jet with only one wing after a MAC with an A-4. The touchdown speed was estimated to be at 260 kts (300 mph, 480 km/h). That's the fastest landing I'm aware of where the pilot lived to tell the tale.

Now the highest known approach speed during normal operations, I believe, goes to the North American X-15 research aircraft/spacecraft, which crosses the fence at some 211 KIAS (242 mph, 388 km/h).

Missing the F-104G by just 5 mph, Cathay 780 was probably the highest landing speed achieved in a commercial airliner. The engines on the A330 were not responsive to thrust inputs, and the crew landed with 230 knots (426 km/h) groundspeed.

I doubt 270 mph has been exceeded for an airliner, but it is possible depending on the aircraft.

The worst case scenario would be a max weight takeoff followed by an immediate flap less landing.

I don't have access to all the B747 speeds, but this chart does give an idea of the speeds needed for a flaps up landing. 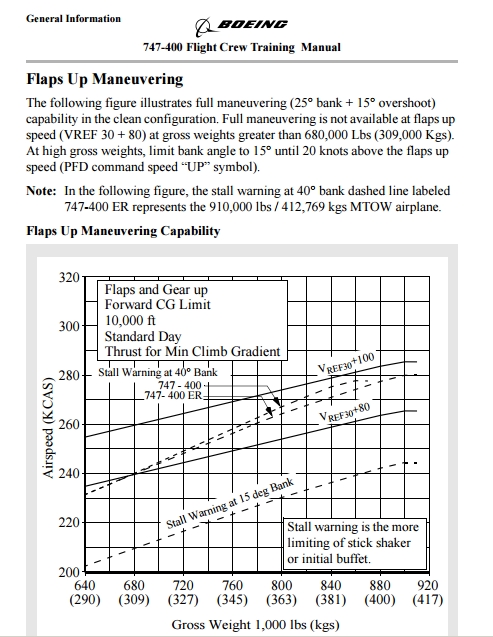 20
What aircraft has the highest suggested landing speed?

10
What vertical speed at touchdown makes a 'perfect' landing?
20
What aircraft has the highest suggested landing speed?
21
What are the risks in landing on a beach vs. shallow waters?
17
What's the technique for landing without one set of wheels?
23
If an Osprey found itself unable to rotate its engines to vertical, what would be the emergency procedure for landing?
9
Is there a procedure for landing on an aircraft carrier when the tailhook fails to deploy?
20
Are tail strike landings preferable for an emergency landing on water?
0
What flying boat has the highest maximum takeoff/landing sea state?
0
What was the lowest ground speed landing?