Is there any cockpit procedure used to avoid shutting the good engine, instead of the bad one (on fire, for example)?

Reading some reports, about the failure of crew members to fully understand the fault on engines, rarely, but it happens, the crew can misjudge the engine on fire, shutting down the good one. On airlines where you fly, is there any standard procedure to avoid this event, I mean, shutting the good engine, instead of the bad one?

If you read about the Kegworth crash you will see that the pilot started to follow a procedure he has been trained on but was interrupted by an ATC call and failed to complete the procedure. The procedure involves checking the engine vibration meters and reviewing decisions.

Procedures vary depending on exact aircraft model and on the airline operating the aircraft. Some airlines use more memory checklists than other airlines. So it isn't possible to list a specific procedure that is used by all pilots of multi-engined aircraft.

There are instruments on the instrument panel that show engine temperatures, vibration and other parameters that should usually make it evident which engine is not performing normally. 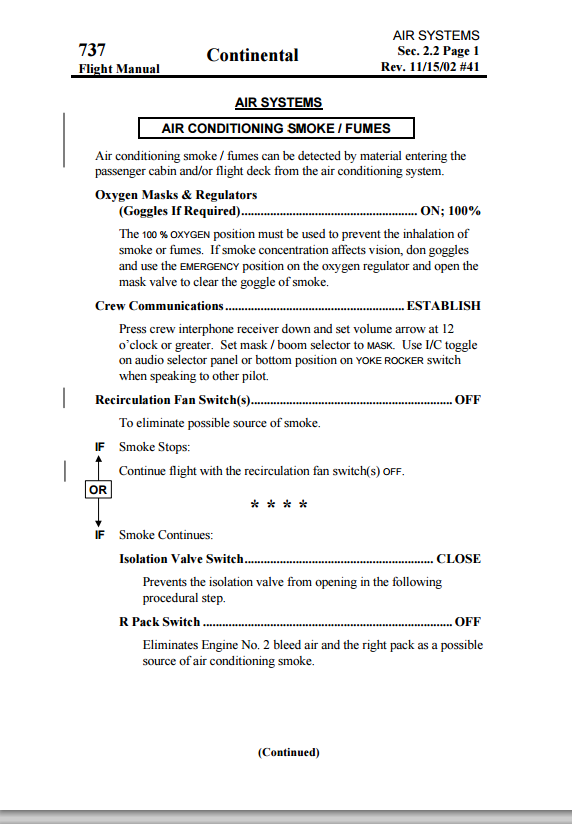 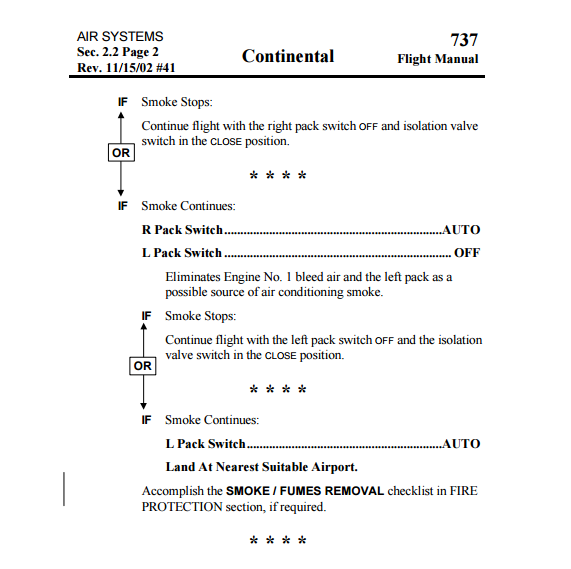 The point is to be sure that the affected engine is shut down. Boeing has inserted a recommendation for that in their Flight Crew Training Manual (FCTM), mentioning explicitly:

The procedure also includes to retard thrust on the affected engine slowly. It gives time to feel something unexpected, like the aircraft loosing power on both engines (for a twin). 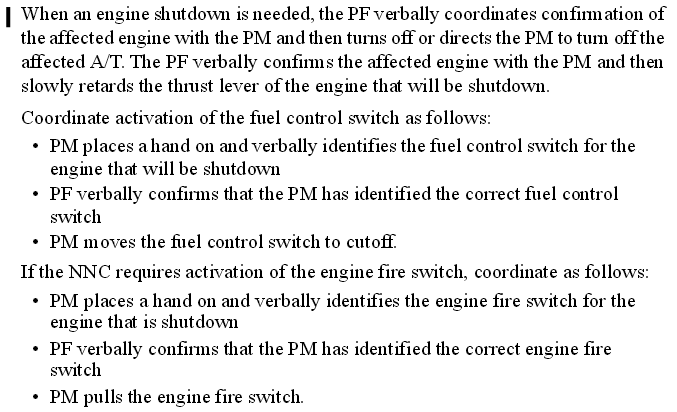 These FCTM are usually customized by operators / airlines before being used for crew training, so the recommendation may be improved or edited to better fit the company standards, but that's the idea.

The recommendation is not to be confused with the checklist for shutting down an engine, which depends on the cause of the problem. The checklists are part of the non-normal checklists (referenced in the extract above as NNC). E.g. if there is a fire detected, the crew will apply the related NNC which is found in the Quick Reference Handbook (QRH), like this one, page 170. Extract for convenience: 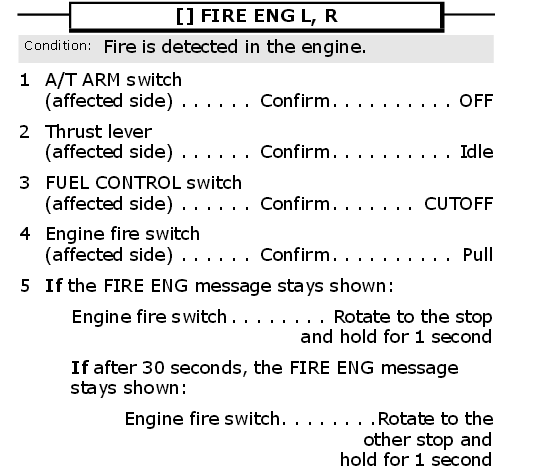 While the NNC in the QRH just provides steps like:

the FCTM recommendation provides a way to train crews to ensure the affected side is properly identified.

The design of the cockpit itself shows that there is a procedure.

If you look in places like Airliners.net the upper panel in an Airbus, you will find that the extinguishers have a cover to prevent the unintentional activation.

Beyond that, a common approach is asking the pilot monitoring for confirmation about which engine has problems before pressing the button. Of course, to make it work, it has to be emphasized in the training process. I have been a witness in a situation where the pilot asking for confirmation had already the finger on the switch...if that is not corrected, you can be sure that, whatever the answer of the other pilot should be, he would press that button.

0
Why is there no alert if shutting down a running engine during flight?

5
Do special procedures exist to limit pilot workload during pilot incapacitation?
52
Why don't commercial passenger safety videos ever explain policy instead of merely dictating it?
1
Are there any safety data on the aircraft used for skydiving?
0
Is communication with cabin crew or ATC included in emergency checklists?
6
Why not separate out the two definitions of V-1 into two separate Vspeeds?
5
Are there any safety hazards when testing the F-16's fire control radar on the ground?
2
Is it possible for crew oxygen to exacerbate a flight deck fire?
3
Is there a procedure for canopy static discharge before the pilot egresses from the cockpit?