Why do some military jets have needle-like structures at the nose and others don't?

I have seen some military jets have a needle-like structure at the nose and some others do not have that. Lockheed SR-71 Blackbirds have that structure and Lockheed Martin F-22 Raptors do not, why so? 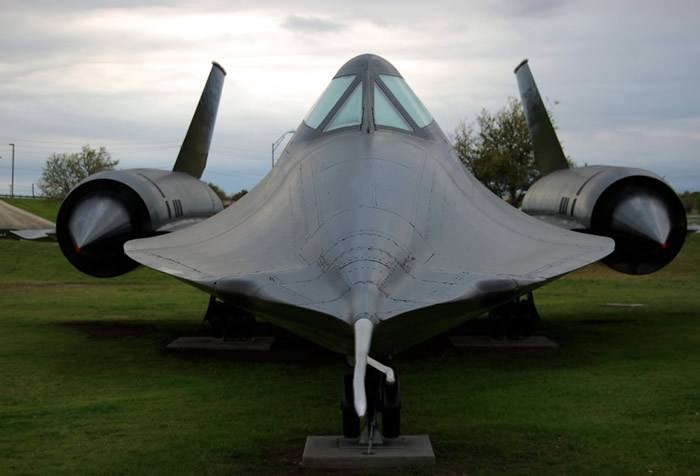 What you see on the SR-71 is an Alpha-Beta probe, with a pitot tube branching off the side of it. The nose cone of the SR-71 (and its variants) were changeable depending on its loadout.

From the A12 Configuration:

The sharply tapered nose section was pressurized and contained navigational and communications equipment, a remote compass transmitter, periscope optics, air inlet computer and angle transducer, and other radio equipment. A combination pitot-static and alpha-beta probe was installed at the forward tip to capture airspeed and altitude data.

About the SR-71 versatility

The SR-71 also served as a testbed for an Optical Air Data System (OADS), a fiber optic device using laser technology to replace the pitot tube (airspeed probe) on high-performance aircraft. It used laser light instead of air pressure to produce airspeed and attitude reference data such as angle of attack and sideslip normally obtained with small tubes and vanes extending into the air stream or from tubes

Both sources above: Design and Development of the Blackbird

The F22 serves quite a different purpose to the variants of the Blackbird, and thus probably has less need for sensitive sensor equipment of the SR-71. It still has a pitot tube which can be seen in the photo you posted 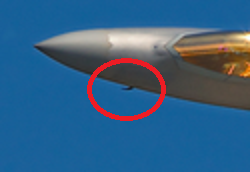 And it, no doubt gets other avionic information from a traditional pitot-static system rather than rely on an alpha-beta probe as the Blackbird did.

Not the answer you're looking for? Browse other questions tagged aircraft-design fighter jet or ask your own question.

39
Why are the pitot tubes on supersonic combat aircraft so long?
6
Does the USA government operate any business-jets with mid-air refueling capability?

97
Why do fighter jets still have guns/cannons?
13
Why don't fighter jets take off vertically?
19
Why do some 2 seat fighters have side by side seating, while others have the pilots inline with each other?
7
Which supersonic airplanes use Pitot Air intakes?
10
Why does the Tu-22M3 nose have this peculiar shape?
43
Why do many fighter jets have double vertical stabilizers?
6
Why do some helicopters have such complicated flight control mixers?