Are there any more examples?

A pitot intake will decelerate supersonic flow in one single, straight shock, while a ramp or cone intake will do this in several oblique shocks. It takes its name from the pitot tube, which in turn is named after the French physicist Henri Pitot who invented it to measure flow speed.

The objective of an air intake is to supply the engine with a uniform flow of air at approximately Mach 0.4 to 0.5. At higher flight speeds as much of the kinetic energy of the flow as possible must be turned into a pressure increase. Doing so efficiently reduces the work of the engine's compressor and increases mass flow, and consequently thrust. A pitot intake will have the lowest mass and complexity of all intake types and is the preferred choice as long as the pressure recovery can be performed efficiently.

A shock is the only way to decelerate supersonic flow. While the flow speed tangential to the shock will not be changed, the normal speed component is reduced downstream of the shock, approximately to the inverse of the upstream Mach number. The bigger the jump, the higher the friction losses in the shock become, the air is heated instead of compressed and pressure recovery suffers. Generally, those losses are acceptable up to a maximum flight speed of Mach 1.6. The lower mass of the pitot intake will make it more attractive, while for higher speeds the deceleration has to happen over several oblique shocks which are triggered by a spike or a ramp ahead of the intake lip. 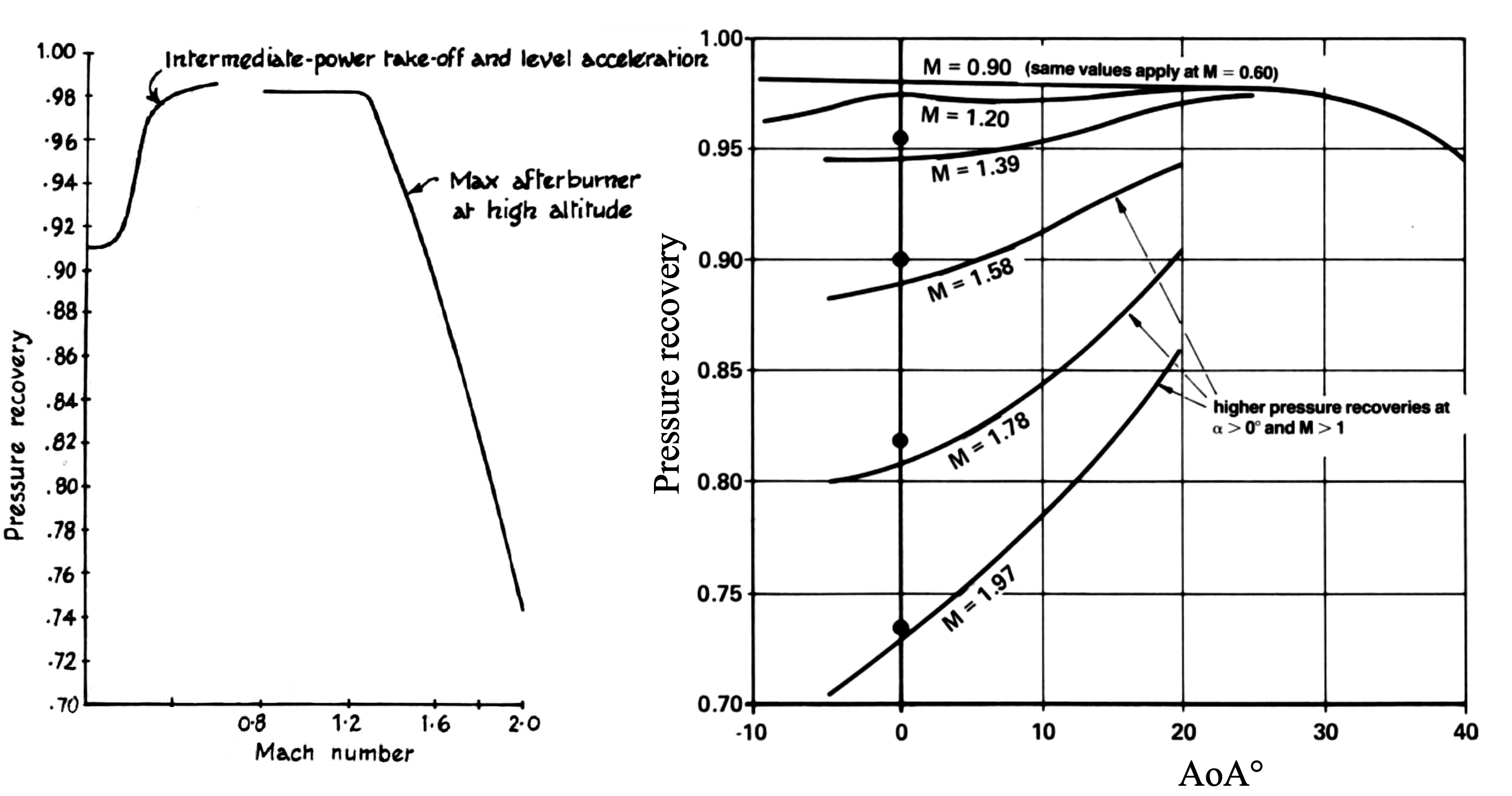 Pressure recovery measurements from the YF-16 (source: "Fundamentals of Fighter Design", RAeS Lecture by Ray Whitford, Cranfield University). The loss in efficiency above Mach 1.2 (left; 1 on the y scale denotes full conversion of kinetic energy into pressure) is readily apparent. This is mitigated by the pre-compression from the forebody at increasing angle of attack (right). The result is higher efficiency just when it is needed most, namely in turning supersonic flight. The same trick is used by the Rafale, and the wing root does this pre-compression in case of the F/A-18 and the Ching Kuo.

Top view of the right XB-70 intake at Mach 3 (source: "Fundamentals of Fighter Design", RAeS Lecture by Ray Whitford, Cranfield University). At Mach 3, a single shock intake would be grossly inefficient. Now a cascade of ever steeper oblique shocks is needed, culminating in a last straight shock. A multitude of moving ramps is required to adjust the geometry for the actual Mach number, and the square geometry, which is required for this flexibility, makes the intake tube much heavier (it is a pressure vessel, after all!) than the round tube of a pitot intake.

Almost all the jet aircraft in the dawn of jet aircraft used the pitot intakes, like the Gloster E.28/39, MiG-15 and F-86A Sabre.

This trend was followed by the second generation supersonic combat aircraft, a good example of which would be MiG-19. 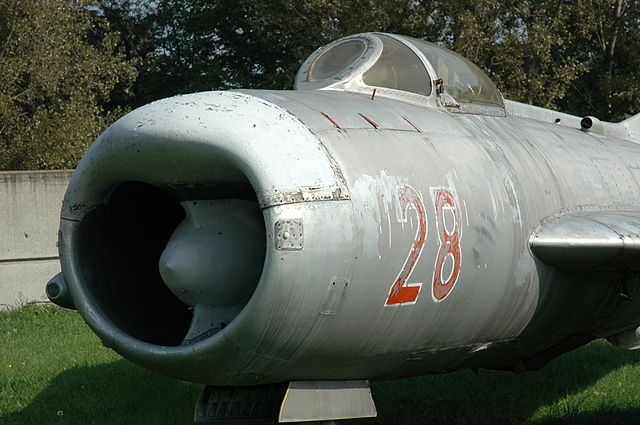 The TF-102A, the trainer version of F-102 Delta Dagger had pitot inlets mounted on the sides below, similar to the Rafale; the single seat version had a different pitot inlet (on the sides) though. 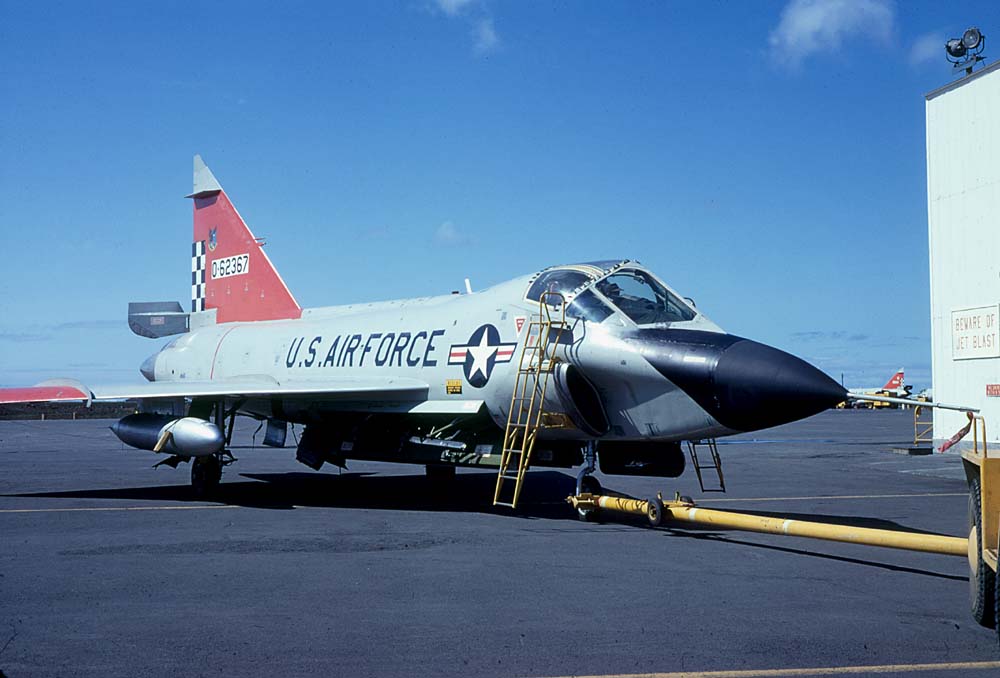 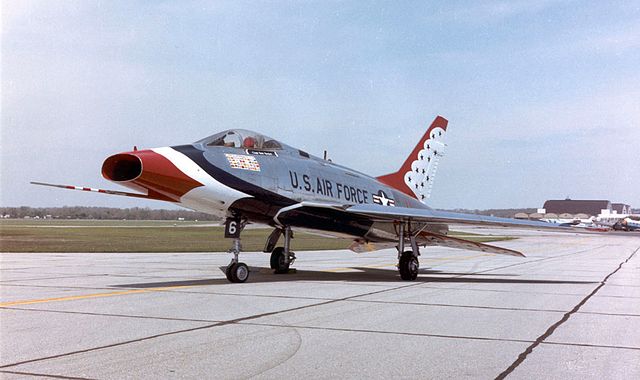 F-18A Hornet also uses a similar intake. The Taiwanese F-CK-1 Ching-Kuo also has pitot inlets; in fact, the aircraft looks like a cross between F-16 and Rafale. 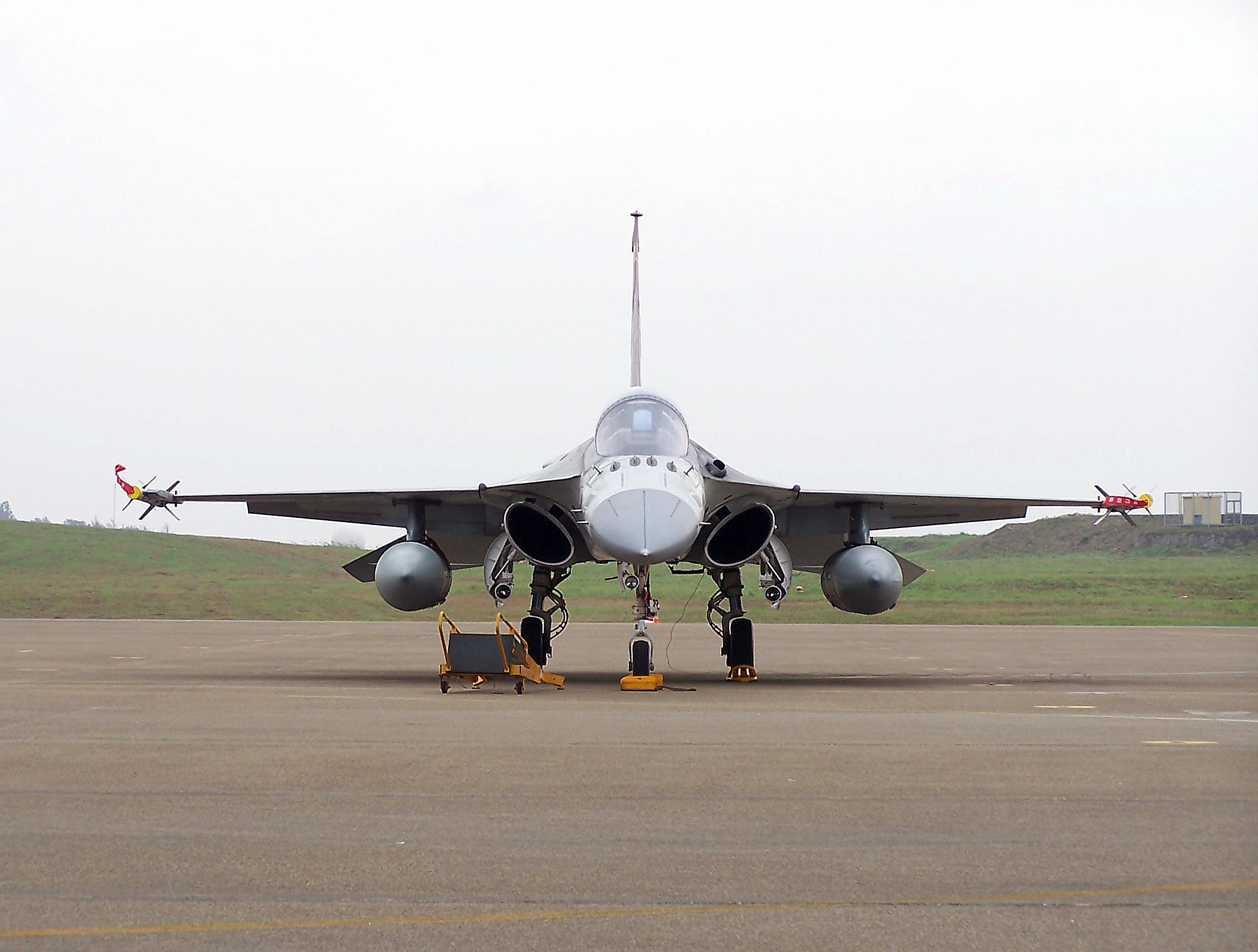 62
Why can't jet engines operate with supersonic air and how do they slow it down?
24
How exactly did engineers come to the final design of jets like the F-16 or SR-71?
12
Can I simply use multiple turbojet engines to fly supersonic?
18
What are the reasons for an installed engine to produce less thrust than an uninstalled engine?
15
What are the limiting factors for high altitude planes (e.g: U2 or SR71) preventing them from going higher?
8
Why is an F22 slower than an F15?
9
What causes the reduction in speed across the shockwave?
7
What type of supersonic intake does the Dassault Rafale fighter jet have?
7
Could Mach 1.4 be a better design point for SST?
6
What is the temperature of intake air at several speed of sound intervals from 1x to 10x?
See more linked questions

12
Do aircraft engine intakes require air filters?
9
How are condensation cones created by supersonic airplanes?
4
Why most of the supersonic or fighter aircraft use all-moving control surfaces?
7
What type of supersonic intake does the Dassault Rafale fighter jet have?
5
Can a flow which is initially supersonic, become subsonic without a shock wave?
5
What is the highest and lowest air pressure induced by an aircraft at supersonic speeds?
4
Do ramjets use variable geometry supersonic inlets?
2
How hot is supersonic intake air?
0
Why does the P-175 polecat have two separate air intakes instead of 1 like most other UAVs?