Why do some 2 seat fighters have side by side seating, while others have the pilots inline with each other?

In some multi seat fighters, like the F-111 Aardvark the pilots sit next to each other, like so: 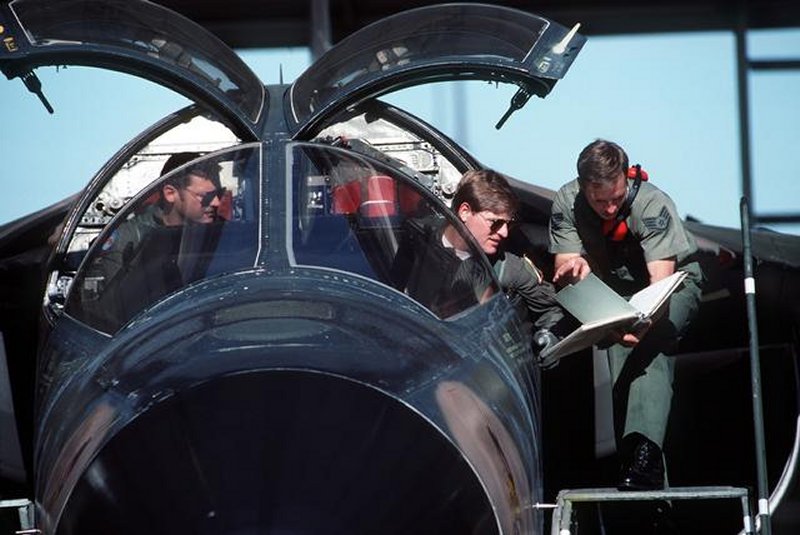 While in other multi seat fighters (most of them it seems) the pilots sit with one in front of the other, like this F-15E: 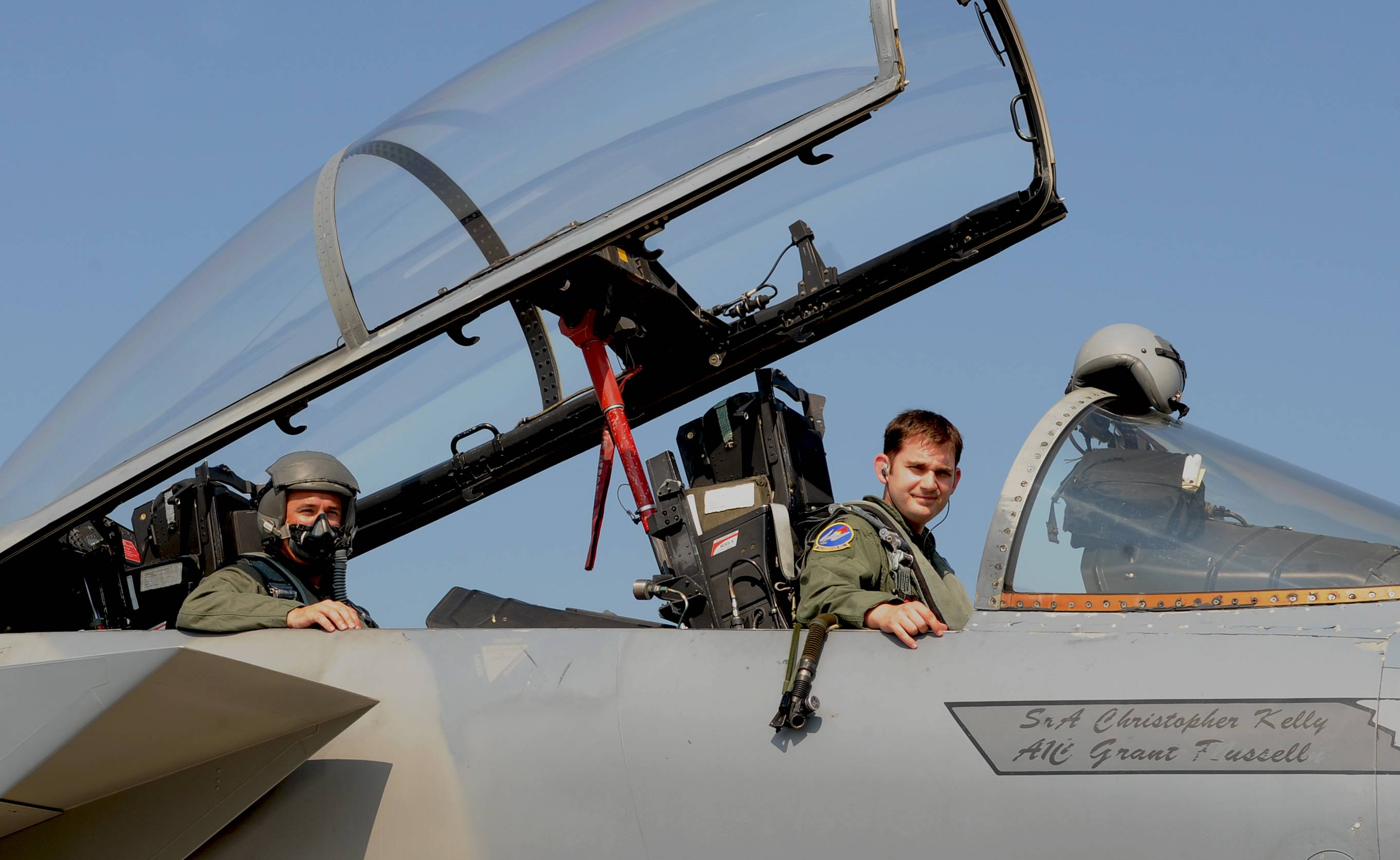 Why do some fighters have the pilots in a line like that? Is there an aerodynamic or performance advantage that comes with having them in a line? Or maybe it's so they can have a bubble canopy, which perhaps affords a better view? It seems it would be easier to work together when they are side by side.

So why do some multi seat fighters have side by side seating, and others are in a line?

aircraft-design aerodynamics seats
Share
Improve this question
edited May 15, 2017 at 19:36

The tandem arrangement (one behind the other) is used on aircraft that have single seat variants. The F-15, F-16, and F/A-18 are all primarily single seat aircraft. It's much easier to stretch the nose out a bit to add a second position than to make it wider. This arrangement is also more aerodynamic, requiring less frontal area.

Fighter aircraft designed for a crew of two will often choose the tandem arrangement for aerodynamics. If both seats need forward visibility, there are compromises available. Some aircraft like the F-15E can be flown from both seats even though there is less visibility from the back. It's possible to have a bubble canopy in side-by-side configuration (this is particularly seen in aircraft kits), though it will create more drag than a tandem canopy.

Having the crew sit next to each other can be helpful for crew interaction and sharing instrumentation. The F-111 is one such special case:

The USAF wanted a tandem-seat aircraft for low-level penetration ground-attack, while the Navy wanted a shorter, high altitude interceptor with side-by-side seating to allow the pilot and RIO to share the radar display.

This may have also been easier to design the escape capsule. Of course the Navy changed their mind and went with the F-14 instead for better maneuverability. 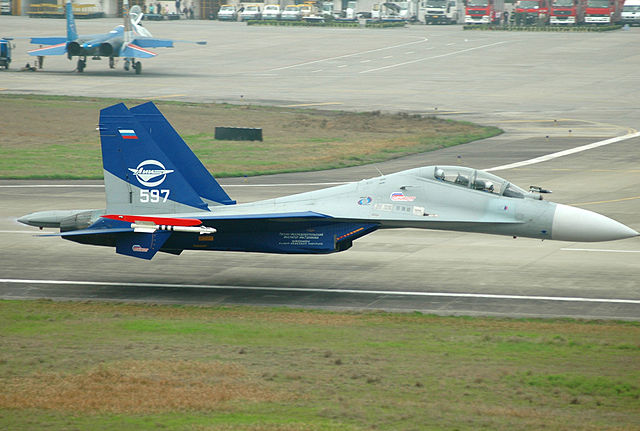 "Sukhoi Su-30LL demonstrator flying along the runway at Zhangjiajie Hehua Airport less than 1 metre off the ground"
by Xu Zheng - http://www.airliners.net/photo/Russia---Air/Sukhoi-Su-30LL/1025605/L/. Licensed under CC BY-SA 4.0 via Commons.

Another advantage in tandem seating arrangement is that conversion from single to double seat (and vice-versa) variant is relatively easy and requires minimal design change compared to the side by side configuration. 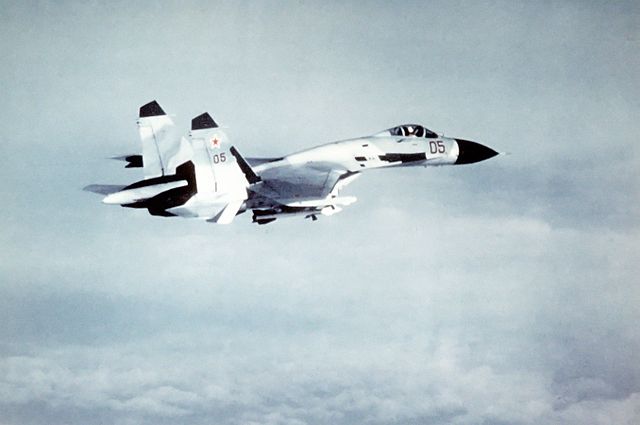 The main advantage of the side-by-side seating arrangement is that it allows for better work sharing between the crew and reduces the need for duplication of flight instruments. The crew comfort is also (comparatively) better for long range flights, reducing fatigue. 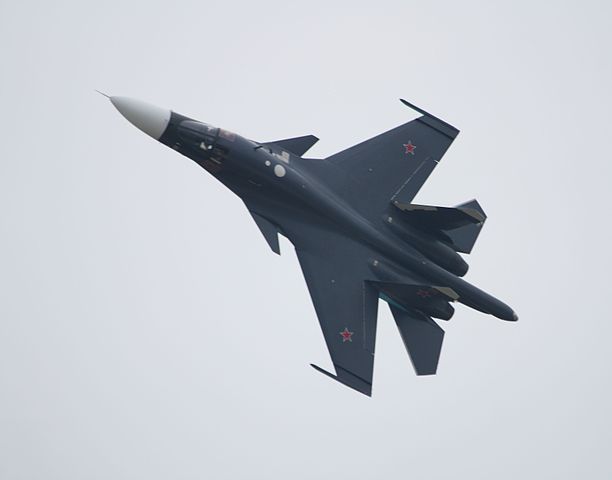 Also, the customers (Air Force/Navy) may also decide which arrangement to use. For example, the initial postwar British trainers used side by side seating as RAF preferred this arrangement.

In case of B-52, the prototypes (and even the initial production aircraft) had a tandem seating arrangement. 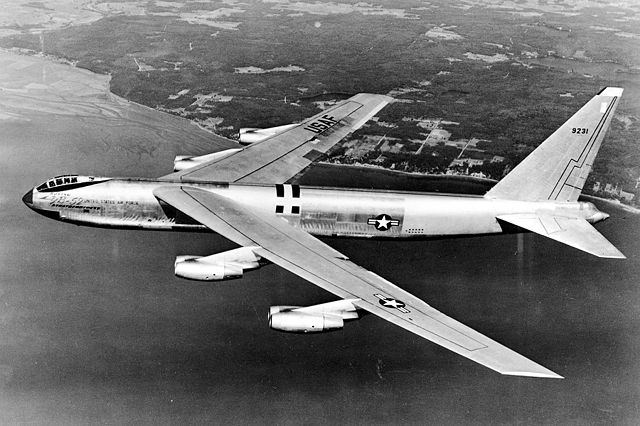 However, Gen. LeMay decided that a aside by side arrangement utilizes the copilot better and improved instrumentation and the arrangement was changed from tandem to side by side. 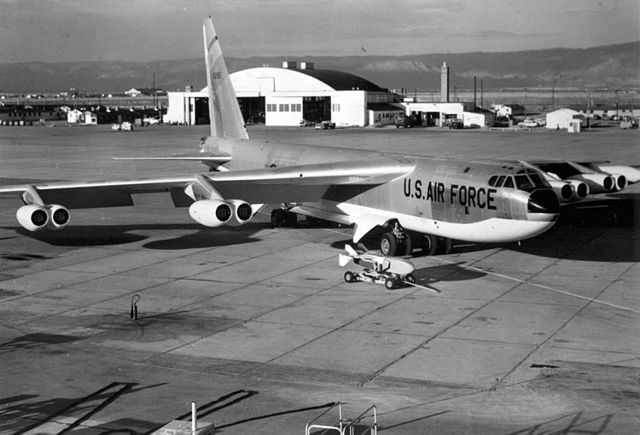 One other point not mentioned here is that the F-111 was designed during the time frame that the Air Force and its contractors were experimenting with the lifting body principle. At that time, a lot of work was going into widening the fuselage and making it act like a wing. The main benefit the Air Force was looking for was that additional lift equals additional weapon payload. The contractors also explored that a lift-creating fuselage reduced structural stress on the wings and increased fuel capacity (increasing range).

As others have stated, tandem cockpits have advantages in that they create more slender bodies and require minimal modifications from single seat variants. The twin-seat modification is not always an issue, as many airplanes are designed from the get-go as two seaters, such as the F-4, F-14 and F-15. F-15 single and twin seaters share the same canopy, the second seat and instrumentation is all the difference between single and twin seaters (I'll leave the F-15E Strike Eagle aside, it has many modifications in the cockpit and in the rest of the aircraft). F-15C and D have different canopies and minor airframe differences, see https://images-na.ssl-images-amazon.com/images/I/81Otq1glyTL._AC_SL1500_.jpg

Most tandem airplanes have different front and rear cockpits, the pilot and co-pilot/RIO/WSO have almost wholly independent tasks. Many rear seats don't even have flight controls; even if they do, visibility is very limited in the back so rear seat pilots take over flying only to reduce fwd pilot fatigue (in cruise or loiter) or when the fwd pilot is incapacitated.

OTOH, side-by-side designs improve cooperation between pilots and make for more spacious and less fatiguing cockpits. In the Su-34 and B-2, there is enough space between the seats for one occupant to lie down and sleep/rest, a huge luxury. In addition to long range missions, many aircraft with side-by-side cockpits have low-level penetration as a mission. Low-and-fast missions require excellent cooperation between pilots as they are seconds from hitting the ground at any given time. The F-111, B-1, Su-24 and Su-34 have side-by-side cockpits also for this reason.

The single seat Ka-50 helicopter was sidelined/superseded by the side-by-side Ka-52 mainly because of the excessive workload on the single pilot. Russians had the Ka-50-2 tandem cockpit design ready (concept for a Turkish Army tender, rejected in favor of ex-USMC Cobras), but they still went ahead with developing the Ka-52, ostensibly to improve pilot coordination. However, most attack helicopters (Mi-24, Cobra, Apache, Mi-28 and others) have tandem cockpits, to present a smaller frontal target to ground fire, in addition to the usual aerodynamic concern.

Not the answer you're looking for? Browse other questions tagged aircraft-design aerodynamics seats or ask your own question.

50
Why are push-propellers so rare, yet they are still around?
29
Why do some fighter jets have two pilots while others have only one?
46
Why aren't airliner windows aligned with their seats?
8
What do pilots do to prevent DVT?
4
Why do some aircraft have symmetrical tip airfoils while others do not?
5
Why do airlines require passengers to return to their allocated seats for landing?
4
Why do some airplanes have a vertical rudder hinge while some others are canted?
1
Are there a toilet and (small) kitchen in the Su-34?