Can you identify this aircraft from the 1920s or 30s I think? On the back of the photo it says “Taken at Nanking, after flying from Hong Kong to Shanghai”. I don’t know who the pilot is. My grandfather was in the British Fleet Air Arm, so I guess it is one of his friends. There is a distinctive air intake above the propeller which doesn’t match any photos I have seen. 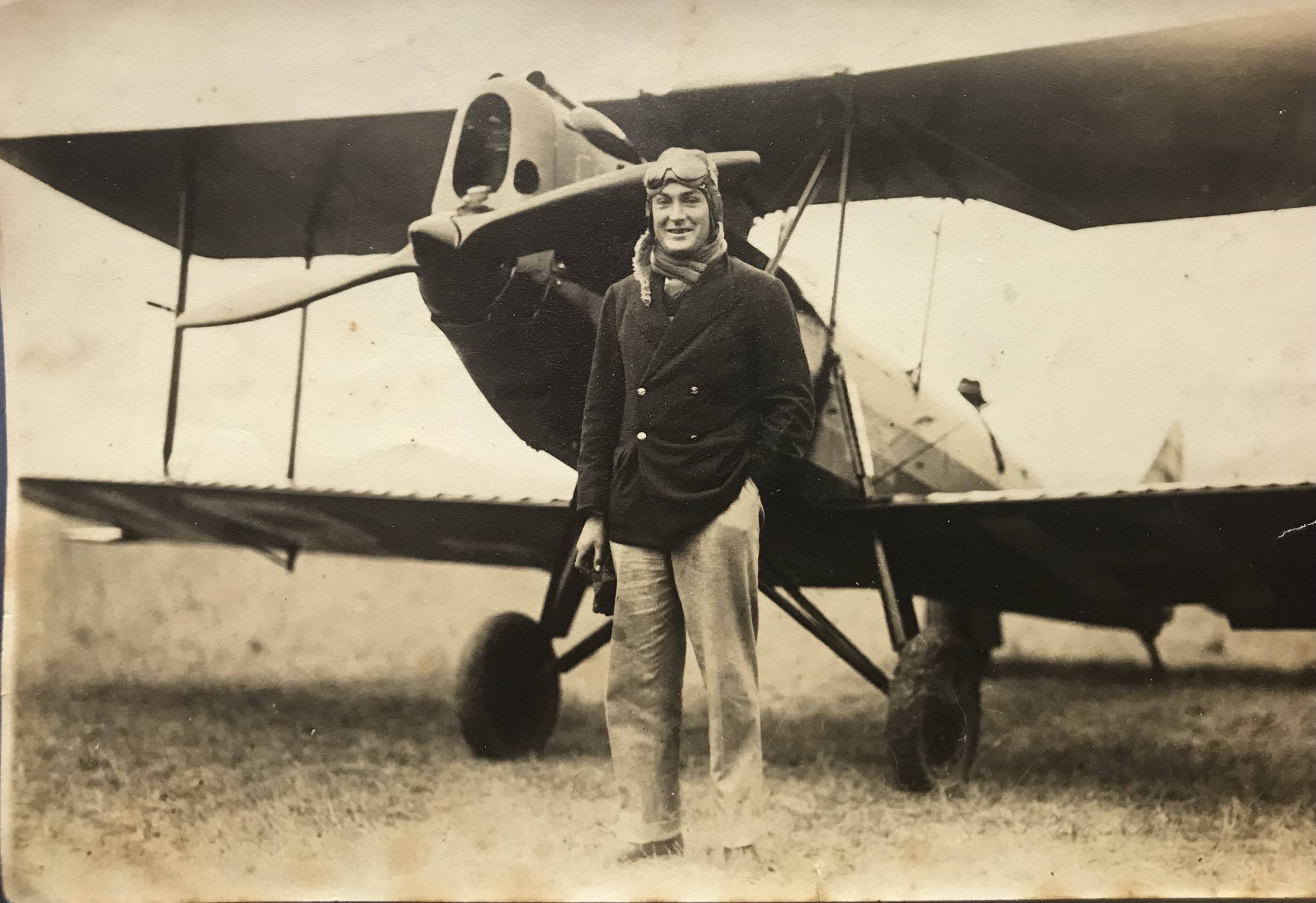 I think this may be an Avro Avian. Wikipedia has a few different illustrations of this (more on Commons) but several types have the pronounced bump of an intake over the propellor; in particular, this 1933 photo of Hélène Boucher is an almost perfect match (shown below). 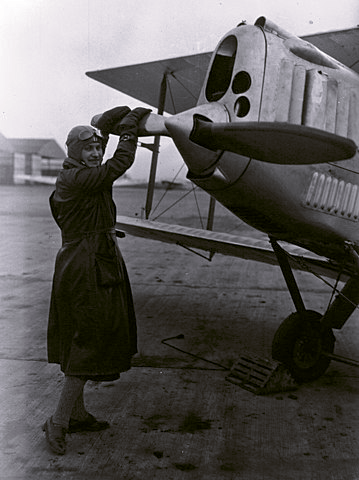 I was able to track down a couple of references in the British press to fourteen Cirrus-engined Avians (the same type as Boucher's?) being sold to establish a flying school in Nanking/Nanjing in 1929. One was successfully flown from London by two Chinese and Danish pilots - it took ten weeks of which 21 days were flying time. The others seem to have been shipped and presumably arrived later that year.

It's a bit unclear what happened to them after that, but this photo suggests they ended up at the "Nanyuan Air Force Academy". The description also suggests that site closed in 1928, however - so a bit of a mystery.

Update: in the comments ymb1 picks up that the letters seem to be VR-H (Hong Kong), and mins points out the Avro production list. From that we can see the fourteen Avian IVs in 1929 (ten to "Canton Government", ie the Republic of China, and four to the Chinese Navy) as given in the article, but there are also are a further 34 Avian IVMs with VR-Hxx codes. These were all sold via the Far Eastern Aviation Company of Hong Kong; one is explicitly noted as going to a Hong Kong flying club (VR-HAE) but the others are mostly noted as going to the Government of China. There are also another batch of eleven IVMs for the "Kwangai Air Force" in 1930-32, again via the Far Eastern Aviation Company; this seems to have been one of the smaller independent groups though I cannot work out which one.

My guess would be that this is one of the second batch of Chinese Avians, going to the government in Nanking, and the Hong Kong - Shanghai - Nanking flight was the delivery flight from Hong Kong, where they were imported and assembled?

4
What is this biplane from an old photo?