Can someone identify this biplane?

My grandfather in the back seat apparently. 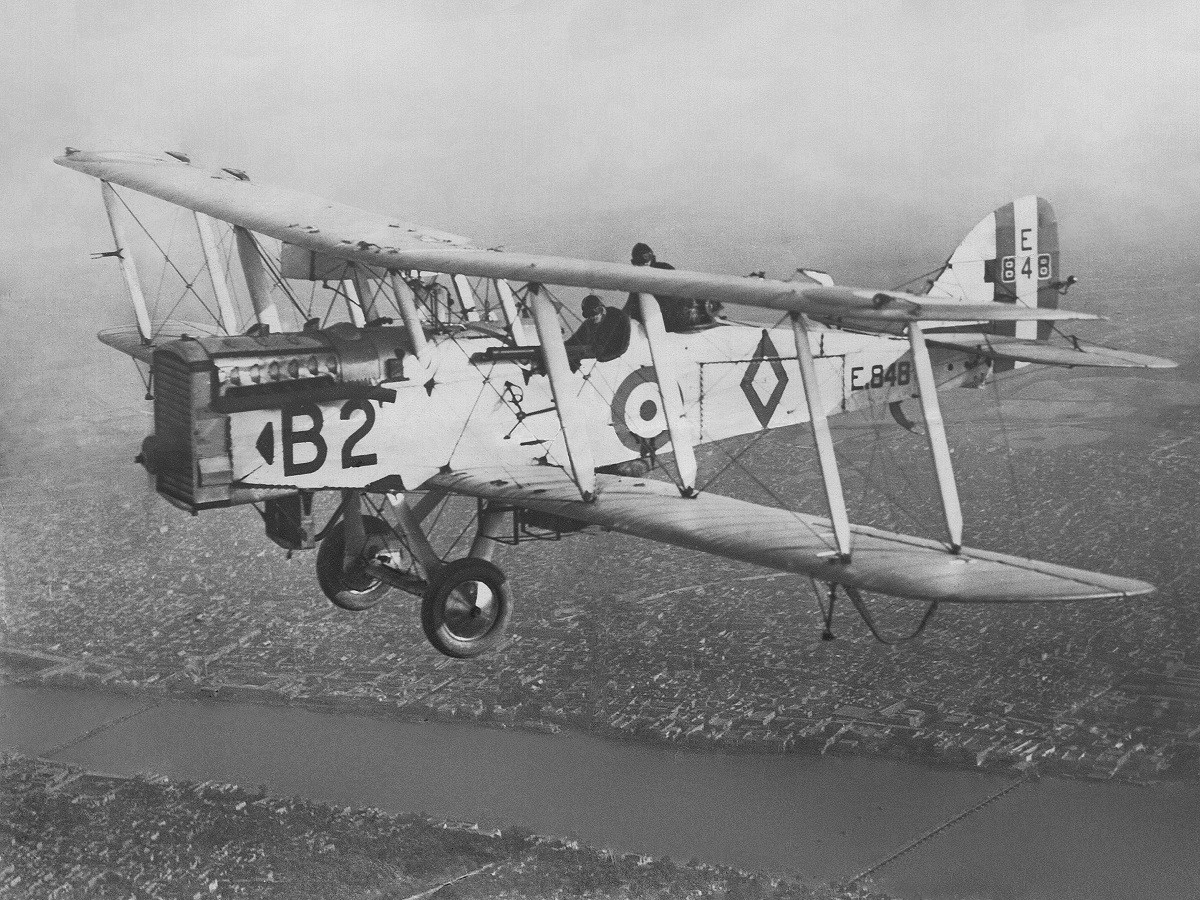 It is a British Airco DH9A light bomber.

Some more info: According to an RAF database, this particular aircraft with registration E848 served in RAF No. 27 and No. 30 squadrons. Both of these squadrons flew sorties over India and the Middle East after World War I (hence the additional radiator fitted under the fuselage to operate in warmer climates, well spotted by Peter Kämpf), but I can't find anything more specific about E848 that would place it in either squadron in particular at any specific point in history.