Referring to the NASA document Design and Development of the Blackbird: Challenges and Lessons Learned.

On page 31, there's a mention of dual-mode adaptive landing gear, which is quoted below.

Lockheed engineers designed a dual-mode adaptive landing gear system for the YF-12A. The configuration included a strut with an optimized air load-stroke curve during landing, and an automatic switch-over system to allow for a flatter air load-stroke curve during taxi. The study demonstrated the effectiveness of a dual-mode adaptive landing gear system in reducing the dynamic response of an airplane during taxi. It also provided a database to aid in determining the degree of correlation between analytically predicted responses and actual test results with a full-scale YF-12A.63

From what I could understand, it seems it's focus was to give the landing gear loading a smoother curve and reduce the dynamic loading during taxiing, in simpler terms, dampen the minor vibrations while taxiing.

How is this type of landing gear different from the basic oleo shock struts employed today, if at all there's any difference. I mean, it pretty much does the same thing. Is there any construction difference?

An image reference would very much be appreciated.

From Testing and analysis of dual-mode adaptive landing gear, taxi mode test system for YF-12A the purpose was to obtain a very progressive rate to keep the gear from bottoming out on landing, but then move to a flatter rate to minimize ground shock when taxiing. 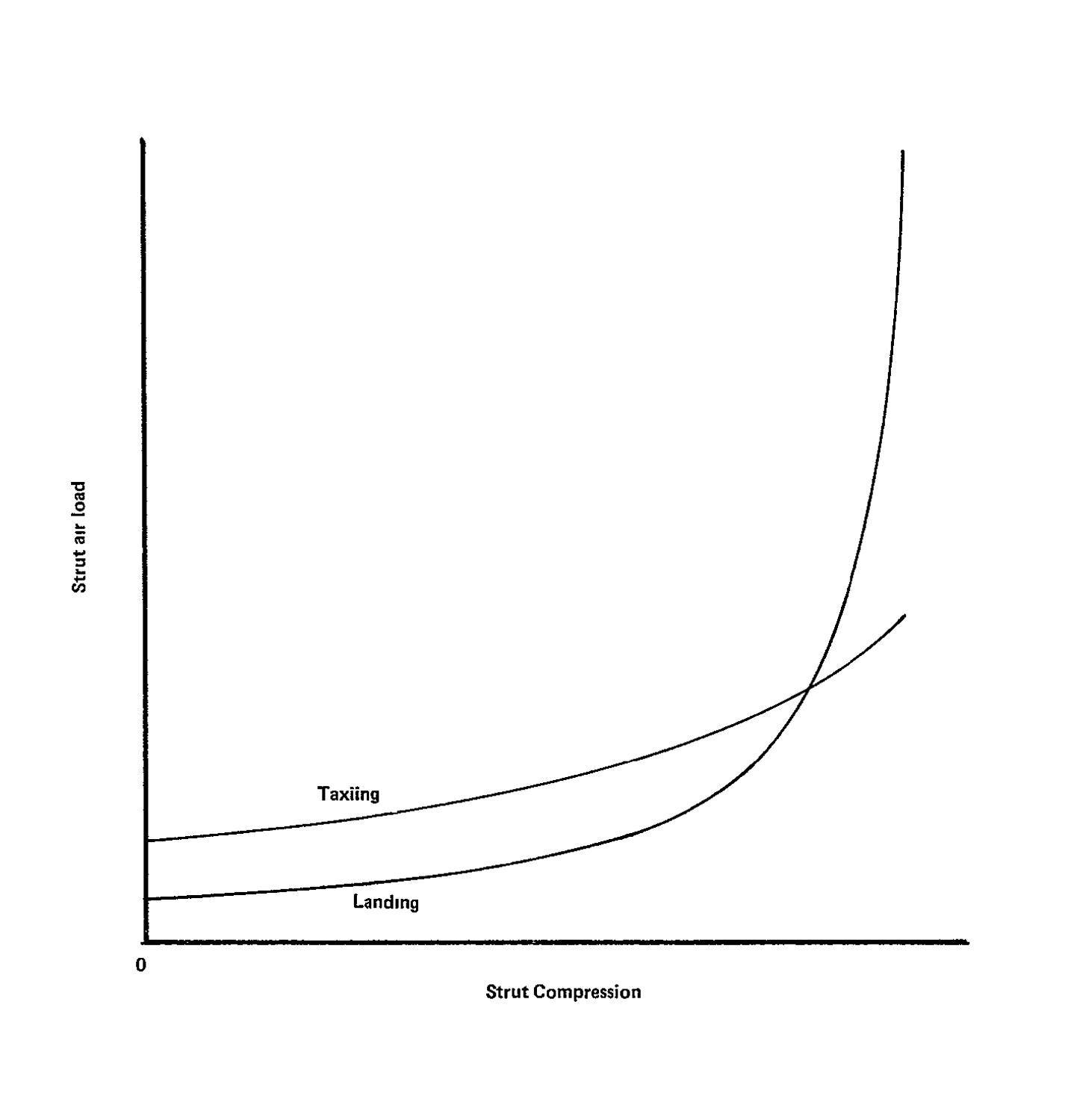 Two air reservoirs of differing capacity and pressure were valved to the hydraulic struts. The smaller reservoir was used for landing as it reached higher pressure faster with a given amount of fluid displaced by the compressing strut. After landing the strut was switched to the larger reservoir.

My reference provides a description of the test configuration as being similar to the actual construction, which it says is in its Reference 1 which I was unable to locate.

In any case, it is simply an additional air (now nitrogen) cylinder connected to the service port of the strut, a somewhat higher pressure is used and there is no valve since they were only testing a single mode, taxiing. The smaller reservoir is likely just the self contained strut air reservoir as in the unmodified design. 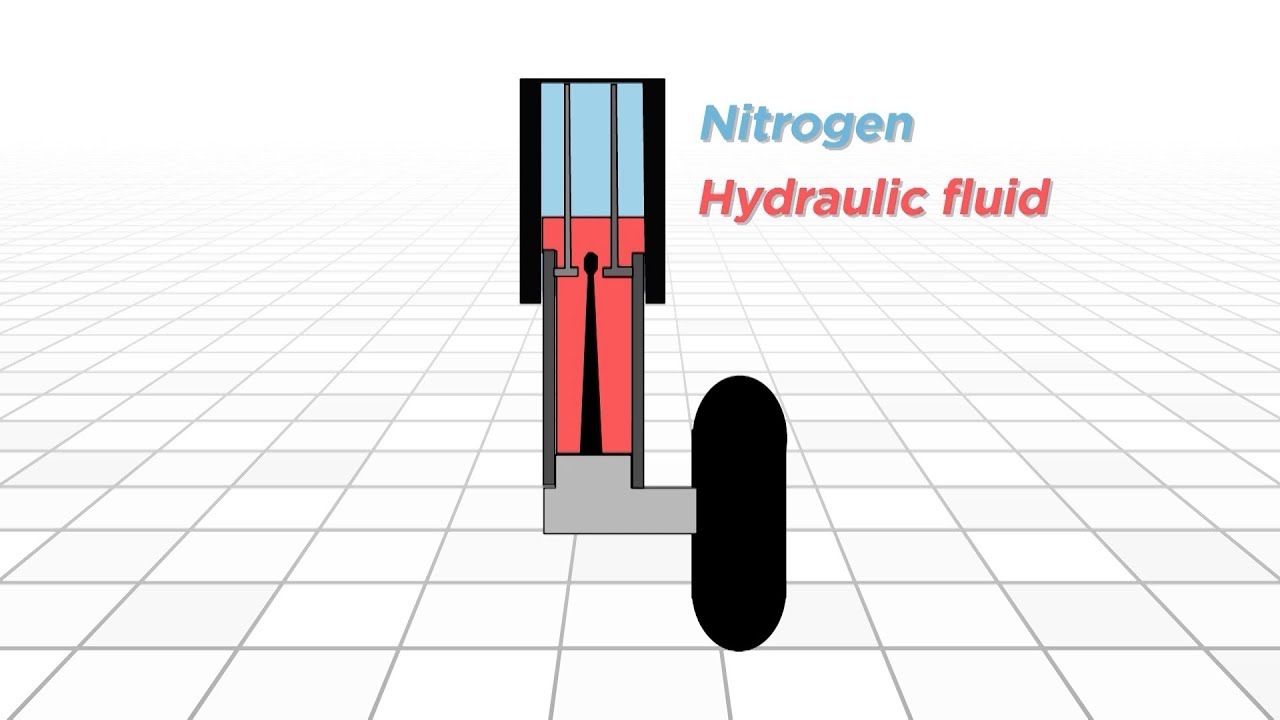 Automotive shock with reservoir to show test configuration (this was not used, it is not even a strut) 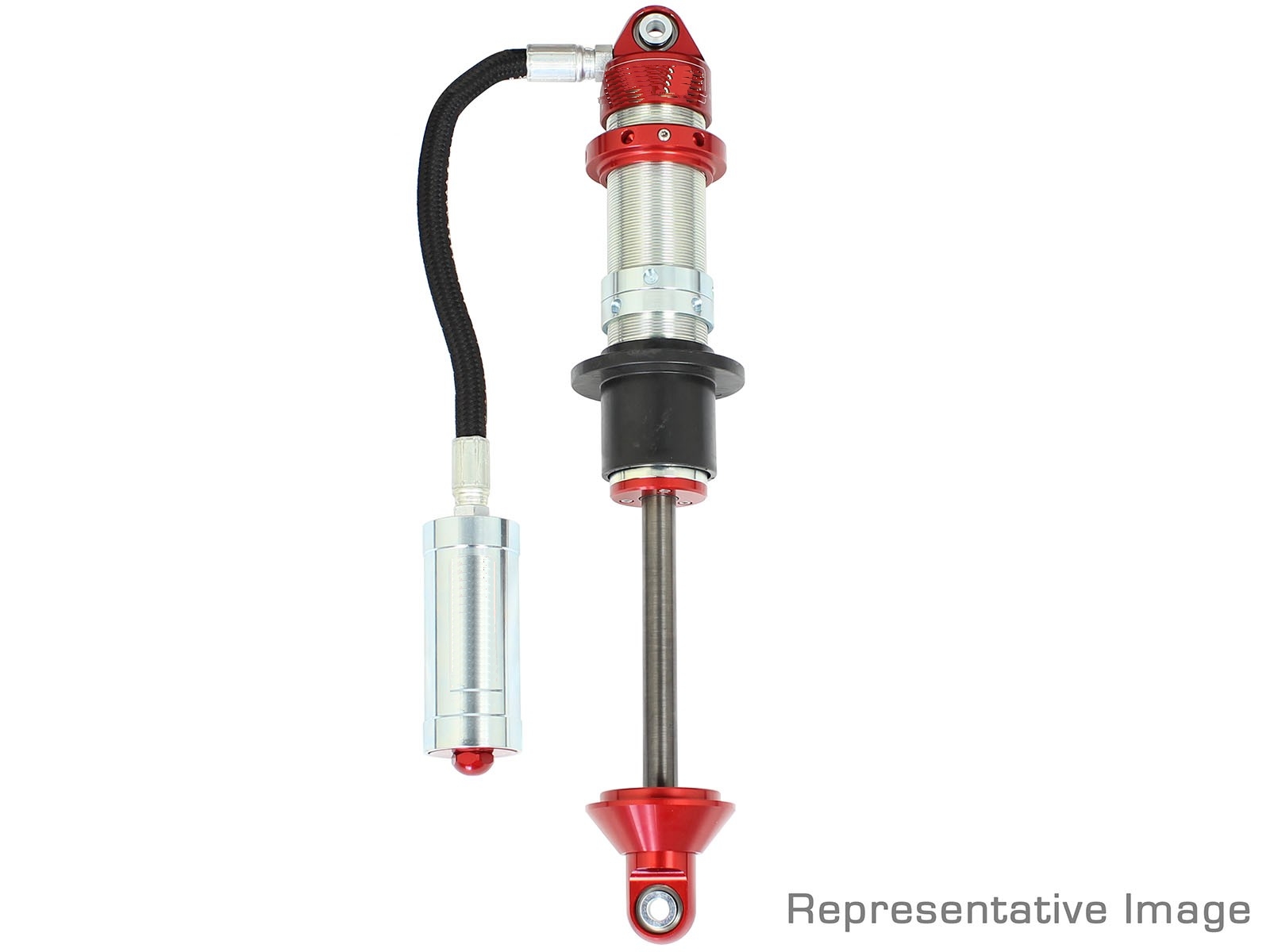 After reading this part of the document, it seems that the dual-mode is simply a two-way switchable distributor.

If you look at the image below (taken form this article) you can see a spring and a damper. 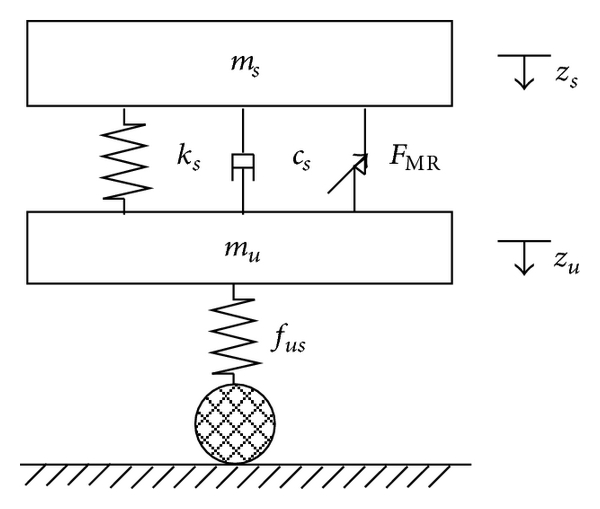 At first sight the dual-mode simply allows to switch between two stifness/damping couples, which allows to adapt the dynamic properties of the landing gear to the appropriate operation phase.

I guess some simpler manually operated (but close in principle) examples can be found on modern all-terrain bicycles with tunable suspension (e.g. here).

The picture above is related to a magnetorheological damper concept which is basically a tunable damper controlled by magnetic or electric field, which serve the same purpose.

Not the answer you're looking for? Browse other questions tagged landing-gear aircraft-structures sr-71 or ask your own question.