Why are landing gear retraction mechanisms mostly based on the four bar system?

I would like to know about the principles of landing gear retraction system and I struggle to find clear information about it.

It seems to be about a four bar systems in most cases. This seems more complicated than necessary at first glance, why is a design with a simple hinge with an actuator that pulls the strut in not sufficient?

Most retraction retraction mechanisms involve a lot of pieces with complicated motions. I would like to understand the kinematics that justify the use of more than one or two bars. Intuitively, one would only expect an actuator acting directly on the landing gear, holding it into position, but the reality always involves complex rotational kinematics.

This question would also apply to the kinematics of flap tracks, which seem to be fairly complex as well. 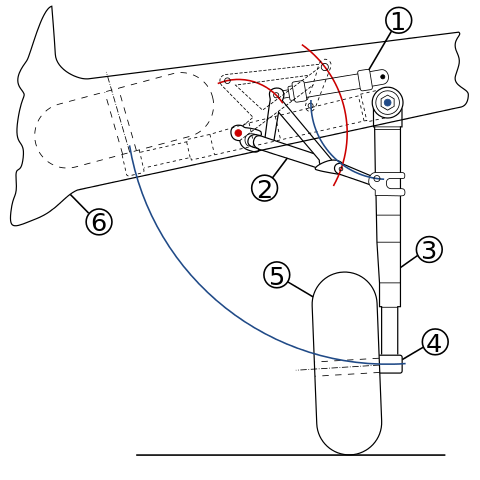 The schematic above (with four arcs that are easy to trace) will hopefully serve as a starting point. This is a rather simple mechanism, say compared to the A380's body landing gear.

The principle can be explained by trying the proposed solution, and see what problems we run into. If you place only one actuator to rotate the landing gear at the attachment point* to the airplane (magenta colored circle), you run into many problems:

End result: back to square one, the first 3 problems, and no space for it in the limited volume of wings/bellies.

* If you place the actuator in a more convenient place like near the wing root, then it won't be able to get out of the way to stow the landing gear, unless you have a very thick unrealistic wing.

Note from the above schematic that the hydraulic cylinder (1) needs to retract/expand only by a relatively short distance to accomplish the retraction/extension.

The flaps and slats are also complex, not only you need to turn something around an axis, you need to translate it as well, creating the gaps seen, and package it neatly in a small volume.

If this basic objective is clear now, the next step is to read more, and to build models and/or play with kinematic simulation software. Try to build the same mechanism with one link, and then try to solve the issues you run into.

The main landing gear retraction system poses quite a few problems to solve:

Most retraction mechanisms are derived from the four-bar linkage and the designer must have very good reasons to deviate from this. A suitable pivot point must be chosen for the leg which, at the same time, gives the required wheel positions and allows adequate length of the leg. A retraction mechanism, generally consisting of a folding stay member and a retraction jack, is then required. 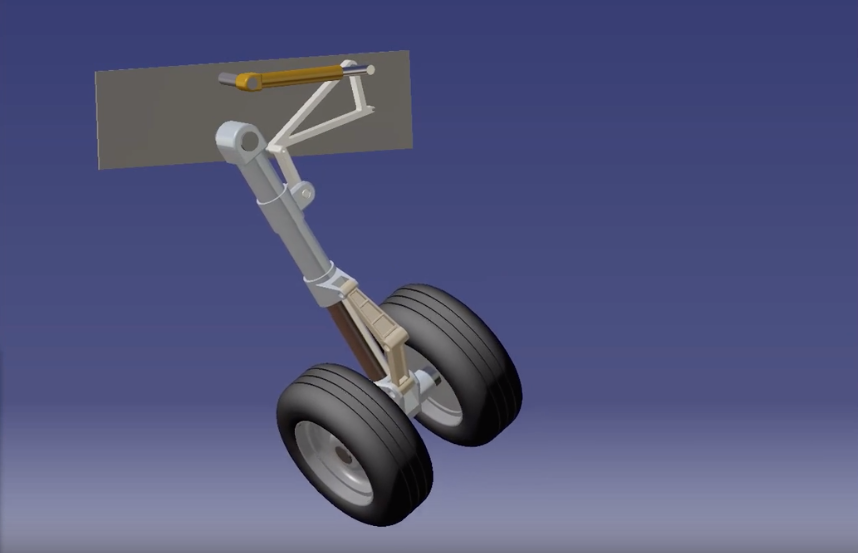 A picture from this video, which shows how the actuator retains a more-or-less constant favourable position and moment arm during the retraction process. This video shows the retraction of the A380 landing gear.Video

Of course, the exact configuration of a retraction mechanism depends on many structural details of the aircraft, and there are many different lay-outs. But the underlying principle remains the four-bar system in the vast majority of cases.

Not the answer you're looking for? Browse other questions tagged aircraft-design airliner landing-gear or ask your own question.