What is the usage ratio of the An-225 Mriya?

Does anyone have data on how much time the An-225 (only one was produced; it is currently the largest aircraft in the world) spends flying/on missions and how much it waits for customers?

This is a very unique aircraft within the scope of contemporary aviation: 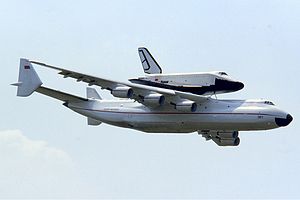 Also, there is a copy of the plane - partially built. Does that suggest there might be need for the completion of second aircraft, to meet demand?

As a privately-operated aircraft, this is probably not going to be a question which is completely answerable. All that is available is best guesses and incomplete information!

That said, the An-225's last tracked flight on FlightAware – as of today – was March 15, 2012 between Bangor, Maine (KBGR) and Port Harcourt, Nigeria (DNPO). That suggests that the An-225 is either being excluded from flight tracks, or simply hasn't visited the US since early 2012.

Aside from that, the only other likely place for flight information is photo sharing websites like airliners.net and flickr, or on youtube. Browsing through flickr, I tried to track down dates of recent photos in unique locations (which is a guess at best):

I'm sure there are more, but I stopped searching. It looks like it's probably doing charter cargo trips at most a couple of times a month, which is honestly more frequently than I expected! If you're interested, I'd encourage you to track down more on the sources I mentioned.

Not the answer you're looking for? Browse other questions tagged commercial-operations cargo antonov-225 or ask your own question.

36
Why does An-225 have anhedral wings though it is a cargo aircraft?
4
Could the An-225 use Trent 500 engines?
36
What are those bumps on top of the Antonov-225?
4
Why does An-225 (Mriya) perform a low-pass on its landings?
17
Are these two objects in cockpit of Antonov - AN 225 Mriya fans for air? What is their purpose?
1
What was the flying instrument panel layout type behind the yoke onboard the Antonov 225?