Was a six-engine 747 ever seriously considered by Boeing?

From here, we seem to be quite near to the six-engine aircraft - a few extra pipes and wires are probably all we need to get these engines turning.

Was a six-engine 747 present at some time of its development history? I think this could be, assuming:

There are no six-engine variants mentioned, built or proposed, on Wikipedia.

The expected answer would mention some sources relevant to the design decisions through the history of this aircraft.

The "fifth engine mount" option on the 747 is not designed to handle a running engine. It was an option used only by Qantas as a means of ferrying spare engines to remote locations, where flying a plane for a long distance to a maintenance facility on three engines was not possible. Only four of the Qantas fleet of 747s (totalling more than 60 aircraft) had this fifth engine option.

The mount for the fifth engine was not designed to transmit any thrust the engine would have delivered if it was running, and it fact the engine is partially disassembled by removing the fan to reduce drag (which reduced the loads on the 5th engine mount, as well as drag on the plane as a whole).

Some pictures and videos here: https://www.flightradar24.com/blog/how-qantas-ferried-an-engine-on-the-wing-of-a-747/

To convert this into "a 5 or 6 engined plane" would require a lot more than just "a few pipes and wires". The wing structure would have to be redesigned to handle an extra 50,000 pounds (or more) thrust from each extra engine, plus the extra weight of a proper pylon and nacelle structure. Considering the aerodynamic wing flutter problems with the initial 747 design, sticking another two engines on the wing would most likely have required a complete redesign of the wing.

No, it wasn't considered during the development. (Bowman)

The 747 came from Boeing's studies for the USAF CX-Heavy Logistics System program, which was won by the Lockheed C-5 Galaxy. See: What was Boeing's competitor to the C-5?

That project called for four engines, and an engine was designed for that purpose. See: How was the high-bypass concept invented?

So the powerful engine was available.

Regarding requiring less runway, it would have been a bad product. Airplanes are sized according to both takeoff and cruise: 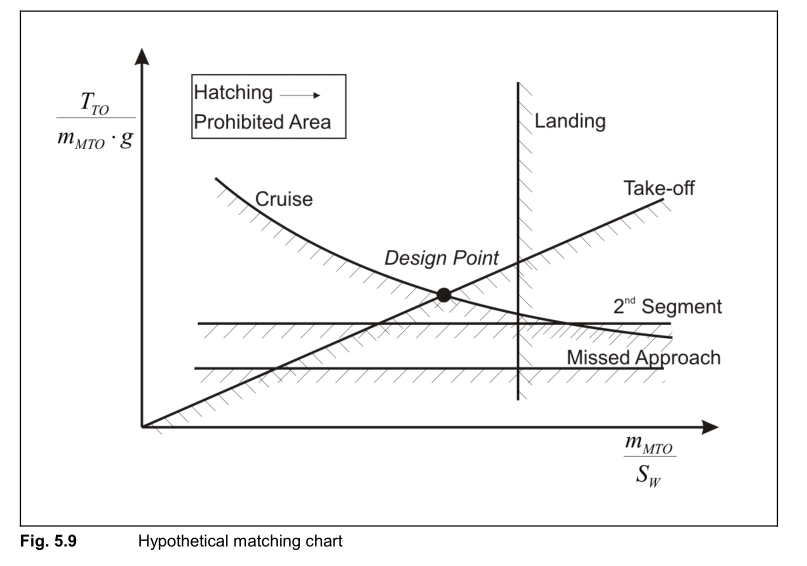 Shortening the takeoff by adding more engines, or overly powerful engines (a lot more than cruise requires), would lead to poorer cruise economy due to the increased drag (if two additional engines or bigger engines are used) and higher fuel rate per thrust unit – gas turbines get better fuel rate per thrust unit if they're running near their design limit, that won't be the case if there's a lot more power than needed in cruise.

[This answer refers to the original version of the question before it was edited.]

Literally speaking, yes. At least you have thought about it.

The big four engine aircraft are currently losing market share, and we can observe a transition to two engine aircraft. There are many studies and articles on this topic, for instance "Size matters for aircraft fuel efficiency. Just not in the way that you think" by Dan Rutherford on the ICCT blog.

The answer is actually Yes, Boeing explored both 5- and 6-engine variants during the design phase of the 747-100 series. So, your first rationale was the correct one.

I read about it in an older book on the 747, written when the plane was only a few years in service. I can't remember the author or title at the moment, I'm afraid, but it had extensive quotes from Joe Sutter and other engineers, and discussed the early teething troubles in detail.

In the early 747 development, one of the biggest problems was the JT9D engine, one of the most powerful engines conceived at the time. The initial prototype version, the JT9D-1, had insufficient thrust even when it was working, which wasn't often. Pratt & Whitney weren't sure how much more power they could eke out of it in time for EIS, and the wear rates were abysmal.

So, uncertain that the plane would have sufficient thrust at the required MTOW for the intended passenger, baggage, and fuel load, Boeing and P&W considered two potential alternatives.

In the end, the "improved" (but still hideously unreliable and finicky) JT9D-3 engine provided enough power to (just) meet the requirements, and the 5- and 6-engine options were shelved. From there, the -3/-3A variants were replaced by the more powerful and actually reliable JT9D-7 series, and the rest was history. For growth projects after that point, they focused on increasing power -- first with the JT9D-23 planned for the Phase B program, then on with PW4000, etc.

There were several other non-standard engine configurations pondered, too.

Note: The center-engine placement for the 5-engine concept came back twice in the 747's history, both in the context of 3-engine 747s. It came up first early in the 747's history, even before EIS. Boeing proposed three-engined variants to compete with the DC-10 and L-1011, as mid-range alternatives, which they dubbed the 747-300 (sometimes, 747-300B) the so-called 747-300B. Different inlet and outlet configurations were considered (the 747-305B and -306B were two of them, plus another with a boundary-layer annular inlet). This was abandoned due to lack of interest. A few years later, with the 747 actually in service, Boeing tried again with the 747-3, the idea being that airlines might now like the fleet commonality it allowed. The 747-3 centered around a proposal for for United Airlines. It would have used an almost straight-through center engine built atop a redesigned aft fuselage. There's no trijet that really resembles it. Most of the trijet proposals were for shorter-body 747s, but unlike the SP, these were designed for shorter-range, domestic and transcontinental routes. The 747-3, for example, would have been less than 200 feet long (and lost 20 feet of wingspan), carried 301 passengers, and only flown 2,600 nautical miles.

I've even seen claims some 747SP development ideas included a trijet with an asymmetrical configuration: twinned engines on one pylon on one wing, a single nacelle on the other. I have no idea how that would have worked safely on takeoff, or even if it's true; that's an internet-forum claim.

Early in the 747 development, there were musings from Boeing about a "big twin" version. This was actually called the 747-200 in some initial articles in Flight International and other publications. There's not a ton of public info to be had, but the references talk about 1,200 - 1,800 n. mi. ranges, 200-240 passengers, but still using JT9D engines. This was conceived as a competitor more to the original Airbus A-300 concept, before the actual A300 [FI, 1968-05-02].

Finally, in the unusual engines department, Boeing considered several reduced-power 747s for US domestic operators. One, a 747-100B with a stretched upper deck (SUD), was used in Japan, but Boeing considered a version powered by four JT9D-7R4E engines (the 767 configuration).

So, that summarizes pretty much all (known to me, anyway) 747 projects that weren't quadjets, plus the weaker quads. For everything else, Boeing felt that four engines would be powerful enough, if the engine manufacturers developed increased-thrust variants.

The heaviest 747 proposals would have had (or do have) far more power.

Not the answer you're looking for? Browse other questions tagged aviation-history boeing-747 aircraft-development or ask your own question.

16
What was Boeing's competitor to the C-5?
10
How was the high-bypass concept invented?
6
Does one-engine cruise consume less fuel than two-engine cruise?

6
Why does the Boeing 747 have a nickname but other aircraft do not?
8
What are these strange blades behind the N1 fan in a Boeing 747-8 engine?
1
Where is the first Boeing 747-8 ever built stored at today?
18
Why is the Boeing 747-300 not in service anymore?
8
Can a Boeing 747 or A380 climb with only one engine?
14
Was the Boeing 747 designed to be supersonic?
7
If maximum speed was a priority for modern military fighter jets and bombers, approximately how fast would they likely be?
4
Did Boeing or Lockheed ever seriously consider releasing a widebody airliner powered by low-bypass engines?
5
Is it possible to buy a retired Boeing 747 aircraft?