Why was this commercial jet accompanied by small plane near Seattle?

From the South Beach Campground on the western shore of the Olympic Peninsula in Washington State we observed this unusual formation: 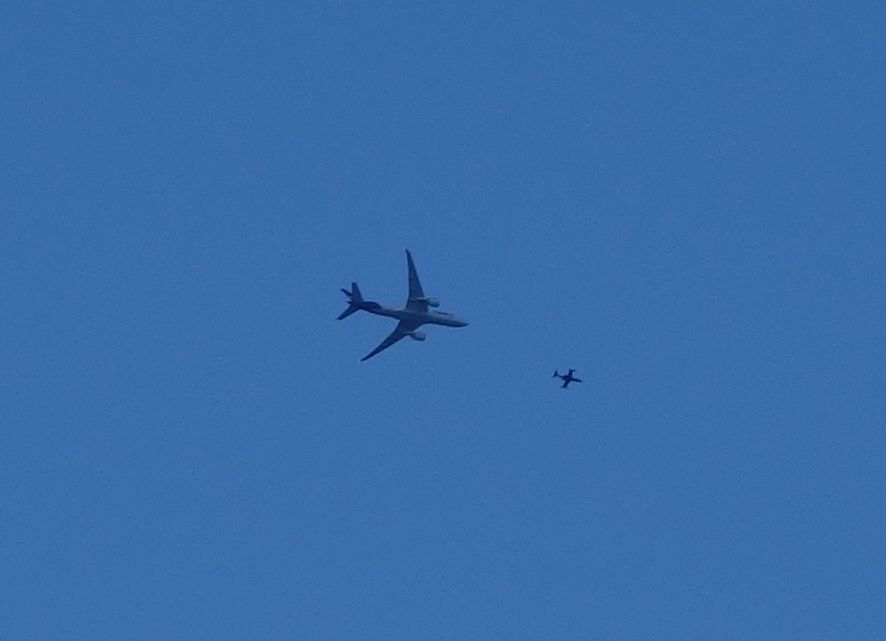 I only had a Sony RX100 at hand but perhaps the image quality is sufficient to recognize the airplanes.

The picture was taken on July 23rd, at 20.20h PDT (the image timestamp is 6 minutes off), looking roughly NNW. I don't dare guess the altitude, but to the bare eye the small airplane was a mere dot. The two planes flew in formation in a circular counter-clockwise pattern around the north-eastern part of the Olympic Peninsula. They re-appeared two or three (I think three) times. They appeared to fly at low speed.

We realized that we were only approximately 150 km west of Seattle, the Boeing headquarters. Was this a test flight? Which planes are involved? What is the function of the small accompanying jet?

It's a Fedex 777F N894FD in (probably) pre-delivery aerial photography/test flight accompanied by one of Boeing's chase aircraft.

After some maneuvers (shown below), the plane headed to MEM, Fedex's "SuperHub". 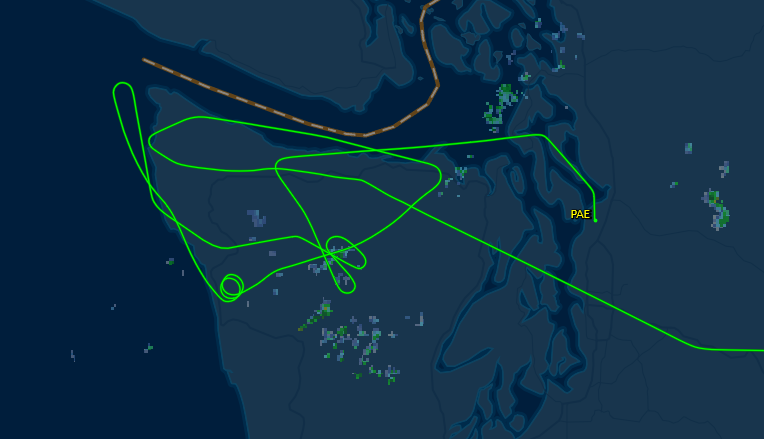 It looks like an air-air photography trip by Boeing - the lead airplane is a LearJet, a type often used for this type of job with a turreted camera sticking out of the floor for views to the rear, ie for head-on shots of the target aircraft which in this case is a 777.

Not the answer you're looking for? Browse other questions tagged aircraft-identification boeing flight-testing or ask your own question.

42
What is this quad-jet plane at El Paso Airport?

3
What plane was this hotel room converted from?
21
What kind of jet plane is this?
42
What is this quad-jet plane at El Paso Airport?
5
What is this low wing propeller plane flying near Denver?