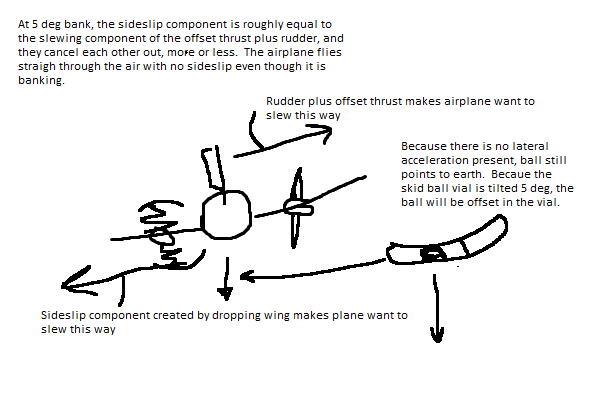 The failure of an engine in a multi engine aircraft causes it to yaw towards the failed engine. To counter this, the pilot has to apply the rudder towards the live engine. This is all great as the rudder itself can keep the aircraft balanced. 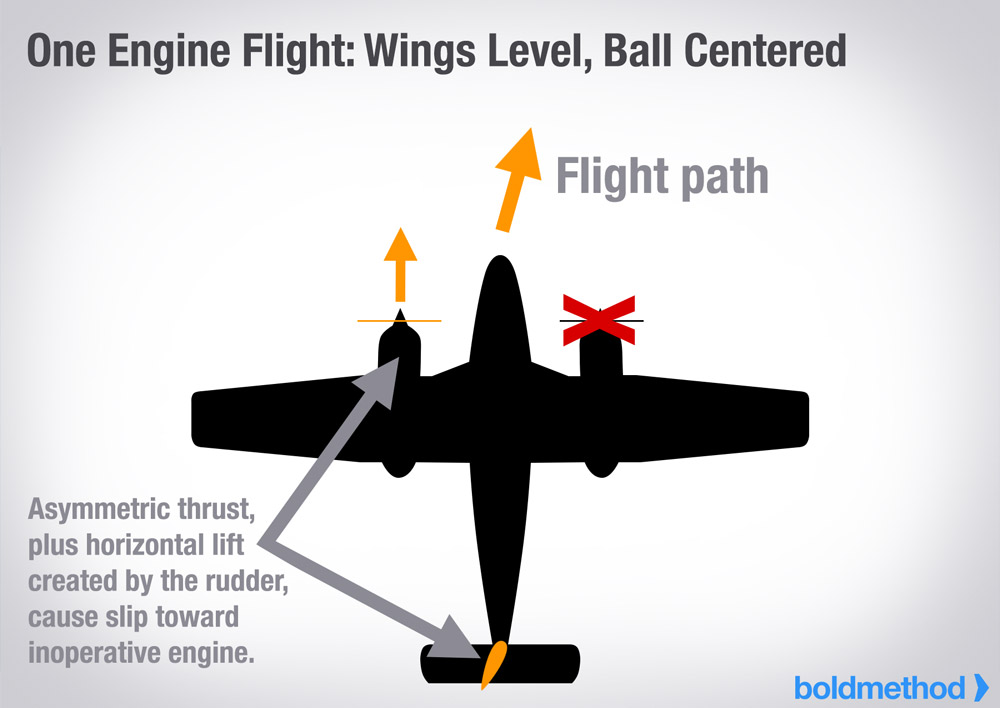 24
Why should you not turn in the direction of an inoperative engine?
4
How can using split throttles help when landing twins in crosswinds?
4
What does the balance ball actually indicate?
1
How do you quantify rudder effectiveness as a function of bank angle?
1
Forces in a slipping turn

11
What is an optimum engine-out bank angle?
9
Do airline pilots identify failed engines in the same way as light aircraft pilots?
1
Why should a Piper Seneca not take off after an engine failure below 100MPH?
9
Does engine failure shut off the auto-pilot?
13
Why do aircraft have a crossover airspeed, and why does it increase at higher vertical load factors?
6
Why does the A320 use the rudder for lateral control in mechanical law?
1
B777- In emergency mechanical back up how does the flight controls manage engine failure
1
How to improve engine-out handling on a multi-engined aircraft?
2
Does joystick position control bank angle in some Airbus aircraft? And what happens when the pilot deflects the joystick when wheels are on ground?
15
How controllable is the 737 in single-engine manual-reversion flight? Is it controllably landable (or go-around-able) in this condition?