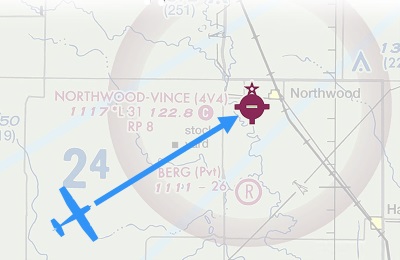 This AC describes a fair bit of what/where a traffic pattern is. ultimately it comes down to definition but the answer seems to be what ever the defined traffic pattern says

The airport traffic patterns described in part 93 relate primarily to those airports where there is a need for unique traffic pattern procedures not provided for in part 91. Part 97 addresses instrument approach procedures (IAP). At airports without operating control towers, part 91 requires only that pilots of airplanes approaching to land make all turns to the left, unless light signals or visual markings indicate that turns should be made to the right

It seems they are somewhat careful to not explicitly define anything and instead allow some definitions to define it for explicit cases and others to be left to interpretations. The FAA advises that calls be made as far as 10 miles out.

The FAA technically allows airports to define their traffic pattern themselves:

§91.127 Operating on or in the vicinity of an airport in Class E airspace.

(b) Departures. Each pilot of an aircraft must comply with any traffic patterns established for that airport in part 93 of this chapter.

and for class D

(1) Unless required by the applicable distance-from-cloud criteria, each pilot operating a large or turbine-powered airplane must enter the traffic pattern at an altitude of at least 1,500 feet above the elevation of the airport and maintain at least 1,500 feet until further descent is required for a safe landing.

(b) Traffic patterns. No person may take off or land an aircraft at a satellite airport within a Class C airspace area except in compliance with FAA arrival and departure traffic patterns.

If the tower is in operation they can vector you as they see fit (at least here under the FAA) as such they may use pattern terms and organization but I cant tell if the FAA considers it a pattern or not if there is a tower.

FAR 157.2 for airport planning states, "Traffic pattern means the traffic flow that is prescribed for aircraft landing or taking off from an airport, including departure and arrival procedures utilized within a 5-mile radius of the airport for ingress, egress, and noise abatement."

Not the answer you're looking for? Browse other questions tagged faa-regulations airport pilot-technique or ask your own question.

8
What are these numbers visible from the runway at Narita airport?
16
If AWOS reports IFR conditions but I can see at least three miles, can I take off or land?
13
What is the correct traffic pattern at a towered airport?
7
What direction should a traffic pattern be at an uncontrolled or non-towered airport?
5
What distance can you see aircraft lights from?
1
How to interpret 14 CFR Part 61 Requirements 61.129 on instrument training time?
1
When does an instrument approach "begin" per §135.225(a)
2
What indication has the FAA given that phrases like "surface area of Class E airspace designated for an airport" do or don't include E4 "extensions"?
2
Why do most U.S. cities with multiple airports try to concentrate airline operations at just one airport instead of spreading out the load?
11
Is there a standard for required repainting of worn runway markings? In USA