How to find black boxes underwater absent any pinger signals?

If CVR/FDR cannot be seen visually on the seafloor (because covered by a thick layer of mud/sediments) and no pinger signals are detected, how can they be found? Metal detectors? Any other methods?

case in point: The FDR of crashed Lion Air flight 610 was recovered on 1 Nov 2018, but 2 months later now the CVR still has not been found (while the pinger batteries are rated for 30 days only):

« The search for the CVR is hampered by thick mud. The signal source is difficult to ascertain its position considering the sea floor is mud with a depth of more than 1 meter. The ping signal from the CVR has not been received for 2 days now (5 Nov). There are other means to find the CVR however. » (source)

Which "other means" are this ?

update 21 Dec 2018: an expert answered the question for me. I'll paraphrase his explanation as an answer below.

The CVR on a Boeing 737 is located in the aft cargo compartment. The CVR itself is not built of the same materials as the aircraft, which is mostly aluminium and composites. By mapping the location of other components of the aircraft found in the sea bottom it should be possible to make an educated guess of the general location of the CVR (assuming the aircraft did not disintegrate, sending everything in different directions). One common way of tracking down the CVR is by using an underwater magnetometer to detect ferrous metal objects. The problem is that something as small as a CVR will only be detectable up to about 20' under the ocean floor. If it is buried deeper than that it will be difficult to find. That's why they have pingers, but those stop working when the battery runs out.

I don't know the details, but since there is still no good answer, I'll wager an educated guess.

Metal detectors do work under water, but I believe sonar can also scan through a layer of mud and can work from larger distance, so it can scan the debris field more effectively.

Then the mud will be sucked or blown away and the items identified visually. Usually this is done using an remotely operated submersible vehicle.

When the underwater wreckage site has already been found, but CVR/FDR are still missing, at first hydrophones are use to listen for the black box acoustic pinger signals. Absent these signals (or when they have stopped emitting after the batteries have died down), in the second stage another method is used: Sub-bottom Profiling 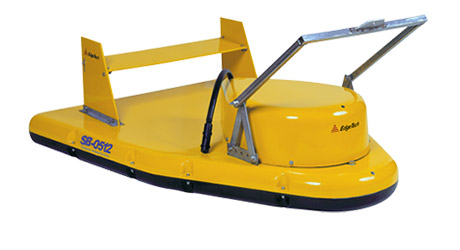 "The systems generate high-resolution images of the sub-bottom stratigraphy in oceans, lakes, and rivers." (source)

"Sub-bottom profilers work by transmitting sound energy in the form of a short pulse towards the seabed. This sound energy is reflected from the seabed and the sub-surface sediment layers. The reflected energy intensity depends on the different densities of the sediments, the denser (harder) the sediments, the stronger the reflected signal. The reflected signal then travels back through the water to the receiver (either a towed hydrophone or transducer). The received signals are then amplified, processed and displayed in the acquisition system." (source) 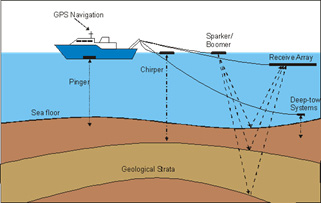 « The recovery team is set to utilize an ROV equipped with the needed features to search for the missing CVR that is believed to be buried under the seabed. “The device that we prepared is able to detect objects buried 4-meters under the bottom of the ocean.” » (source)

Not the answer you're looking for? Browse other questions tagged accidents accident-investigation flight-data-recorder cockpit-voice-recorder search-and-rescue or ask your own question.