Do the four engines of a BAe-146 make it efficient?

The BAe-146 is a small aircraft that can seat approximately 80 passengers, but it has four engines. Does having four engines instead of two affect the way it performs or is it more efficient or less efficient than if it were to have only two engines? I understand that it helps lessen noise during takeoff in populated areas, but is it more/less efficient in terms of both aerodynamics and fuel?

Do the four engines make the BAe efficient? No! Does it affect performance? Yes it does. The BAe 146 occupied a niche for Hot & High airfields, in that it can continue the takeoff when an engine fails: one failed engine out of four leaves 75% of full thrust. So take-off performance with a failed engine is better on a 4-engine aeroplane.

The engines themselves were quite clever designs: the Lycoming ALF 502 with a relatively high bypass ratio and a geared fan. The bypass ratio of 5.7:1 is higher than the 5.0:1 of the Trent 700 used for the A330. By comparison, the Fokker 100 used the Rolls Royce Tay, with a bypass ratio of 3.0:1 and the proven core of the RR Spey. 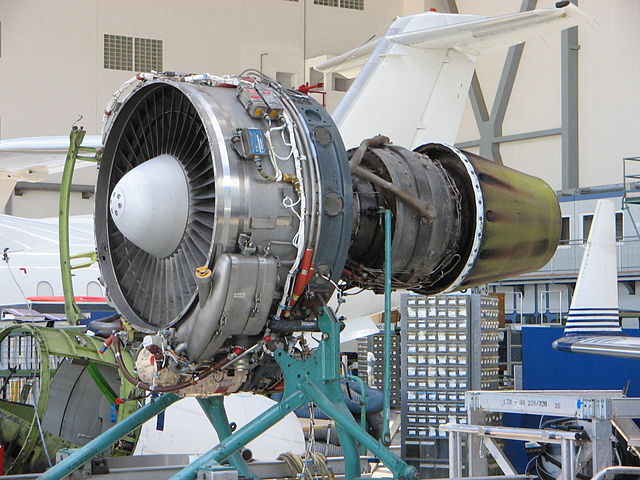 Photo from the wiki.

But was the BAe 146 efficient because of the four engines? For an aircraft of a given weight and a given thrust requirement, the design considerations for number of engines would be: 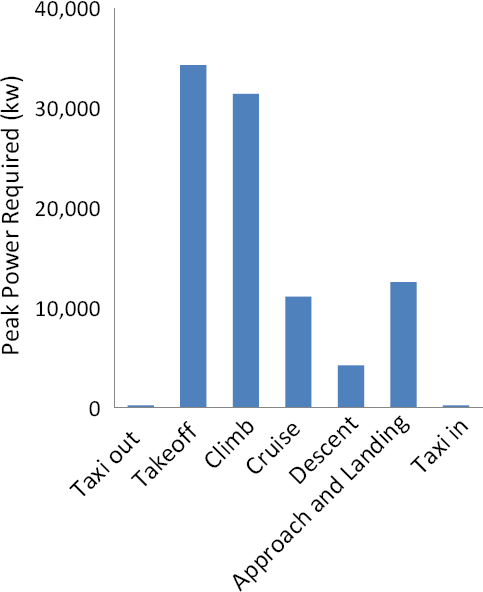 Specifically, current subsonic airliners require about three to five times more thrust to take off than they do to cruise, and the power produced by a high bypass ratio turbofan engine at constant throttle setting varies in much the same way.

Twin engine turbofans actually have a third engine on board: the APU. It can power the systems with full redundancy after an engine fail, and is normally shut off in flight, like the no.1 engine of a P-3 when loitering. Note that the propeller blades of the P-3 can be made to feather, providing much less asymmetrical drag than a windmilling turbofan.

So the advantages of four engines are mainly the consequences of an engine fail in the TO/climb phase: a four engined aircraft could opt to continue the flight, while the twin engine would have no more redundancy and a much harder time climbing to altitude. But all else being equal, four engines have twice the chance of failure than two engines...

The BAe 146 had a relatively wide and stubby fuselage, designed for 6-abreast seating but often configured for 5-abreast due to awkward headroom for the window passengers. This added to the drag penalty of the type over that of a comparable size aircraft like the Fokker 100, which is still a sought after aircraft for feeder airlines in Australia, the limiting and most expensive cost being engine overhaul. The BAe 146 has twice this cost...

Not the answer you're looking for? Browse other questions tagged aircraft-design aircraft-performance efficiency bae-146 or ask your own question.

2
What is the maximum range of a BAe 146-300? Can auxiliary fuel tanks be added?
10
Why does the BAe 146 have higher maintenance costs than other comparable jet aircraft?
8
Is there anything wrong with this more symmetric aircraft design, and why isn't it used?
3
What happens to the control systems of a BAe 146 when the aircraft runs out of fuel?
23
Why does an Avro RJ85 have four engines?
3
What are the differences between the Avro RJ85 and the BAE 146-200?
4
How does wing bending relief of an a340 compared to an a330 allow it to carry 30t more fuel in a center section of nearly identical wings?
0
What is the feasibility of solar powered drones?
16
Can the plane Celera 500L be eight times more fuel efficient than a jet of similar size and capacity?