Can a supersonic aircraft have winglets?

In order to have laminar flow over the wings which helps in friction drag reduction, a number of airfoil designs have been proposed from the past to the latest 737 winglets.

But if we design a laminar flow wing for supersonic aircraft, the wing should be very thin which will end up with stall and speed related problems.

So, I am curious that if we add winglets on supersonic aircraft, will it be helpful other than for its drag? If so what are all the problems we need to consider?

This has been (and thus can be) done and there is some current research on it as well. The XB-70 Valkyrie had dropping wing tips that added stability at high Mach speeds as well as allowed the plane to ride on its own shock wave. It also effected trim drag,

You can check out this podcast episode that interviews some of the people at NASA doing various research projects including wingtip control systems and other interesting applications in that space.

You may find some info in this book on supersonic wing theory.

This thread (and you know how accurate the internet is) has some interesting points on the matter.

Research has been carried out into this area, for instance the Computed Fluid Dynamics tests that NASA carried out on highly swept wings in supersonic flow. They reached the conclusion that winglets can have positive effect on lift/drag, but it is of course highly dependent on the wing shape and profile. From the report:

One of the configurations studied is below: NACA 1402 base wing with 65 deg leading edge, and the best winglet found. One of the recommendations made is to put further research into dual use of winglets, if they are useful for yaw control at supersonic speeds.

The projected European spaceplane Hermes did indeed have winglets. Those were needed for drag reduction in the landing phase. So they did not help at supersonic but at subsonic speed.

Without the winglets the energy would had bled off too quickly during rotation so the descent could not be stopped in simulations. The spaceplane without winglets was in essence impossible to land. Only by lifting the subsonic L/D above 5 with the help of the outward canted winglets did the simulation result in smooth landings. 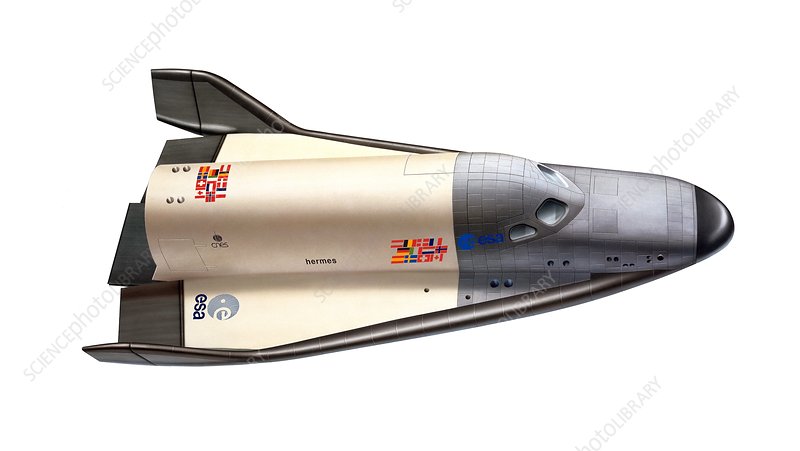 Even if they can, would they be practical? Many combat aircraft use the wing tips to carry short range missiles or other light weight stores. You'd lose those hardpoints. Plus you'd introduce more complexity into the wing, especially if you rely on them for stability, making the aircraft more vulnerable.

Also, I've not done the calculations but many combat aircraft have wings that have a large taper, winglets may very well be only marginally effective with such a wing design.

There are 3 types of drag:

In low speed flights, first two are responsible for the total drag created. Wave drag is usually neglected as it is very less compared to others. Winglets are provided to reduce the induced drag.

By the way, this answer is from a Quora question found with a quick Google search.

The North American XB-70 Valkyrie was a Mach 3 bomber which had variable-geometry winglets. Their purpose was most unusual in that they turned vertically down to help reduce drag during supersonic cruise, and returned to horizontal to increase the wing area for takeoff and landing.

The wing of the Valkyrie was a waveriding delta. The engine intakes formed a central underwing body which created a strong shock wave. The wing leading edge was angled such that at cruising speed the shock front ran out along the wing just behind it. All the wing behind it was subject to an increase in air pressure, creating a substantial amount of extra lift and improving the lift/drag ratio of the wing. When the shock met the downturned winglets, it was reflected back under the rear of the wing creating even more lift and improving cruise efficiency even more.

The winglets also provided additional directional stability just when it was needed, as this normally reduces at high speeds.

Not the answer you're looking for? Browse other questions tagged aerodynamics wing supersonic drag winglets or ask your own question.

3
Would winglets add fuel efficiency on a Concorde?

8
Does the Piper PA-28 Cherokee wing have laminar flow behavior?
8
How does Reynolds Number affect skin friction drag?
6
What is the effect of flow separation on lift, pressure distribution and drag?
3
How can the zero-lift drag coefficient (parasitic drag) be calculated?
2
Why can’t more older 737s be retrofitted with more newer winglets?
25
Why are heavy flaps better than just a bigger wing?
0
Could an arrow planform be better for a supersonic aircraft than a delta? Why?
1
How does wing shape impact shock structure?