Could an arrow planform be better for a supersonic aircraft than a delta? Why?

From this review paper Page 11:

The friction drag reduction concept is a world-first technical approach that obtains a natural laminar flow wing with a subsonic leading edge at supersonic speed. An ideal pressure distribution is first designed to delay boundary layer transition even on a highly swept wing, then an

The screen shots figures from the paper show the aircraft, an arrow-winged with a high sweep. 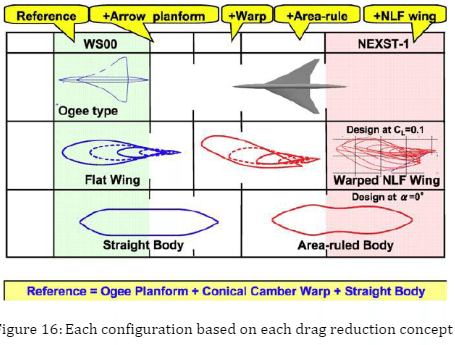 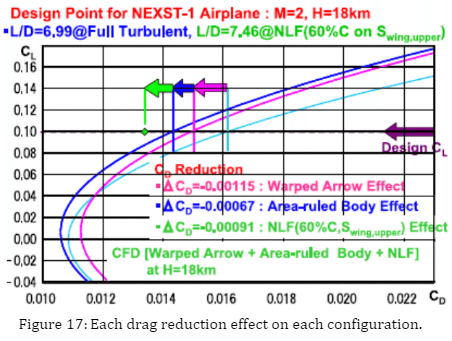 Here is an image found on the web. 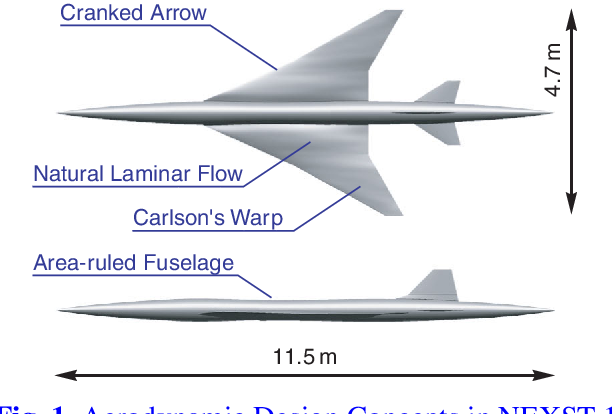 As you can see, it has a cranked arrow wing with a nearly straight leading edge. This wouldn't even give much vortex lift, if I understand correctly. (The aircraft shown is NEXST-1 from JAXA)

All of this is claiming that a highly swept wing can achieve laminar flow. Yet that is not what I am commonly told. So, what am I missing?

The first thing to note is that these papers are from 2003 and 2013 respectively. Since then, they have not set the world on fire.

One concern over their quality arises when I recall that the "Warped NFL wing" is typical of the reflex-cambered supercritical wings first developed around the 1970s. If you check out the inner section of say the Airbus A380 (and I suspect any modern jetliner) you will see a certain amount of that technology incorporated. But laminar flow notoriously vanishes once you fly into a few bugs or some mechanic leaves an oily smear and, despite being touted back then and as far back as the late 1930s, it has only ever produced modest results on any flyable airplane.

Next, what about this braced wing concept. The linked source discusses it on Page 10:

"A possibly viable alternative configuration for the conventionally sized long-haul CTOL transport mission is the strut-braced wing. Strut-bracing allows thinner, smaller chord, lower sweep and higher aspect ratio wings. The smaller chord, leading edge radius and sweep have a favourable influence upon HLFC, increasing the amount of wetted area laminarized and reducing suction mass ̄ow and roughness sensitivity as well as increasing attachment line stability. Other `strut-related’ benefits include large drag due to lift reductions from the wing tip engines and greater span enabled by the strut, as well as large wing weight reductions. Circulation control, powered by the auxiliary power unit, could be utilized on a conventionally sized tail to work the engine-out problem. All these benefits produce very large increases in the lift±drag ratio and range at cruise."

It also notes on Page 5 that:

Now I don't know about you, but when I read of a "phenomenal" 40% drag reduction sought 17 years ago but never realized, I smell a rat. I wonder what software modelling the researchers used - 2D or 3D? At sharp sweep angles it totally matters. Were they naive enough to assume flawless laminar surfaces maintained throughout a transcontinental flight? And engines at the tips of the wings, evidently in a kind of sesquiplane variant of the Busemann biplane? Oh, spare us the FAA's demand for directional stability combined with altitude maintenance and adequate range in the mid-Atlantic one-engine-out condition.

So I think you can see where this is going.

Not the answer you're looking for? Browse other questions tagged wing drag supersonic wing-sweep or ask your own question.

4
How high does the "bug layer" extend?

12
What is the aerodynamic benefit of trailing edge sweep?
12
Can a supersonic plane use a subsonic wing if the nosecone shock produces subsonic airflow around the wing?
32
Why did the DC-3 have wing sweep?
10
Why do wall-to-wall airfoils in wind tunnels produce no (or infinitesimal) downwash?
2
Circular arc airfoil wing: why does the wing nose down twist due to camber?
3
Why were most of the first-generation-Learjet wing mods never approved for the Learjet 23?
5
Is airflow deflected inwards or outwards by wing sweep?
3
Why is sweep angle measured at the 25% chord?
1
Does the quarter-chord-angle rule still hold for wings with very long chords or large differences between leading- and trailing-edge sweep angles?