What are the pros and cons of vacuum and pressure gyros?

Inspired by this question, I would like to know what the pro's and con's of the mostly used vacuum-gyro and the less used high-pressure-gyro is.

Side-question: Are there any other ways to make the Artificial Horizon work?

Inspired by this question, I would like to know what the pro's and con's of the mostly used vacuum-gyro and the less used high-pressure-gyro is.

It is largely related to the instruments in your aircraft but in reality its all about air pressure and the systems are really doing the same thing in the end of the day.

Lets look at the evolution a bit, early aircraft that lacked an electrical system generally used a small external venturi to generate low pressure suction for the early gyro instruments. Note the venturi tube in front of the door about half way up the body on this early Cessna 170.

Since it was easy to generate low pressure this way early instruments were built as suction based. As planes got faster and external (drag educing) things were removed these systems went internal. Since the instruments were already suction based it was logical to make engine (or electrical) suction pumps to drive them.

When pumps moved into the engine compartment they came with some issues. Wet suction pumps have an oil issue that can seep into the system and cause issues with the instruments. That was solved with the advent of the dry pneumatic pump however that was a bit more susceptible to debris clogging but could provide both positive and negative pressure.

This paper outlines both systems as well as their pros and cons in depth and answers the question quite well. However the end result is that both systems provide the same outcome and in the view of the instruments there is no real difference.

Gyro Instruments Within the case of the gyro instrument the air flows through the air seals of the gimbalsʼ bearings and across the rotor, spinning the rotor on its axes. The exhausting airflow from the rotor housing applies precession forces to maintain a reference to earth in the attitude gyro and the attitude of the aircraft in the directional gyro. The mechanics of the gyro instrument remain the same, whether it is driven by the airflow in a pressure or vacuum system. The air- flow through the instrument is a result of the differential pressure between the instrumentʼs air inlet and the air outlet ports. In a vacuum system the pressure at the air outlet port is lowered below atmospheric pressure. The differential pressure between the atmosphere and the pump now forces air to flow through the instrument. In a pressure system the pressure at the air inlet port is raised above atmospheric pressure and the airflow is in the same direction.

So what are some pros and cons,

In a vacuum system the filter is upstream and air is pulled through it and it does a good job of keeping the air clean.

In a pressure system there is an inline filter in the line between the outlet port of the pump and the inlet port of the gyro instrument. This restricts, but does not completely stop, the flow of all contaminates to the instrument.

However pressure systems have a moisture problem since the compression of air creates moisture, this may add moisture while a suction system will only draw ambient moisture.

Unfortunately when air is compressed, moisture is created. Although the pressure is extremely low (approximately 2.5 to 4.5 PSI), this system is no exception. Moisture is the No. 1 contaminate, contaminating the gyro bearings in a pressure system.

The paper also outlines that both systems are susceptible to downtime due to pump inspections and system maintenance. Which is a con of both systems.

Side-question: Are there any other ways to make the Artificial Horizon work? 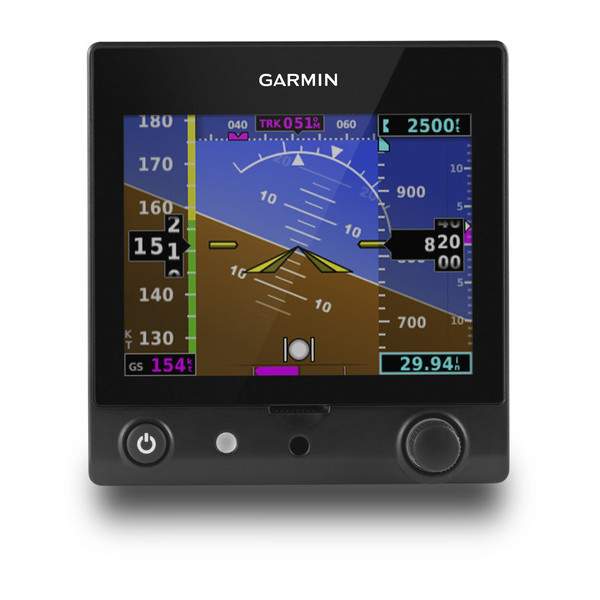 Not the answer you're looking for? Browse other questions tagged aircraft-systems flight-instruments gyroscopic-instruments or ask your own question.

5
How are pitch angle and pitch rate measured in an airplane?
11
Why vacuum instead of pressure to power gyros?
1
How does an engine driven vacuum pump used in gyroscopic instrument work?

13
When/How may I replace the Turn Coordinator with an Artificial Horizon?
11
How much lag does an Attitude Indicator experience?
33
Can we replace an attitude indicator with a ball half full of liquid?
18
What types of attitude indicators are there?
11
Why vacuum instead of pressure to power gyros?
4
At what altitude do vacuum powered gyros become ineffective?
1
How does an engine driven vacuum pump used in gyroscopic instrument work?
8
How to handle vacuum and turn coordinator failure in IMC?
3
What happens to manifold pressure reading following a reduction in both throttle and RPM?
3
Is it possible for an indirect (Russian) attitude indicator to work in 3D without tumbling?