Is it possible for an indirect (Russian) attitude indicator to work in 3D without tumbling?

For a reference of direct and indirect attitude indicator, see How is a confusion possible between Western and Russian Attitude Indicators?, and https://www.skybrary.aero/index.php/Western_and_Russian_Artificial_Horizon_Formats.

Direct (Western) attitude indicators can be made to work without tumbling, or even made into a "Navball" that also displays directional information: 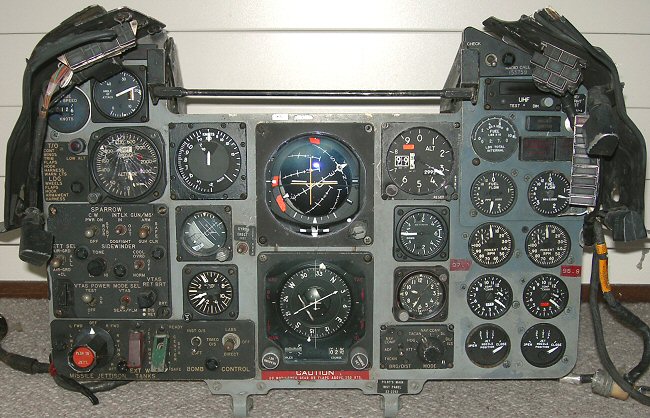 See the attitude indicator at the center, Source, and Source. Or alternatively, look at Kerbal Space Program's navball.

Is the same thing possible with the indirect style indicator? If one plays DCS, he or she should know that this style of indicator would always tumble when maneuvering pass 90 degrees above horizon, even though the gyro has no gimbal limit.

This is understandable, because otherwise the indicator must display the horizon upside down... or am I missing something? Is there another way I missed which can get around this issue, or is indirect attitude indicators not capable of representing full 3D orientation, like a navball can?

Just consider the fact that an indirect indicator consists of two separate moving parts with one degree of freedom each, rather than one with two (or even three for navball) DoF. Instead of a ball, the pitch indicator can be a ring with continuous rotation, like so: 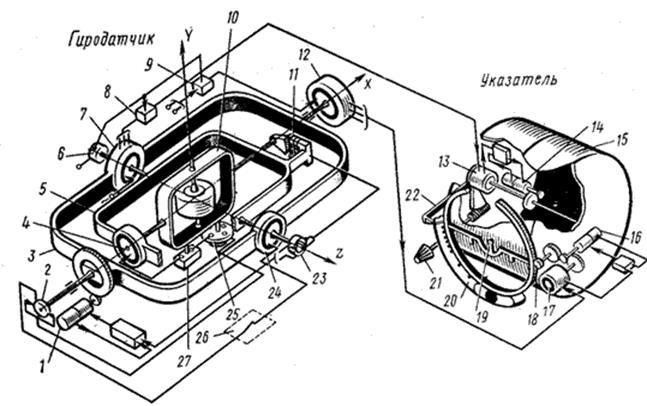 Note that most modern attitude indicators have a remote (separate) sensor, with the indicator driven mechanically by little servos (like the pictured AGD-1) or, of course, rendered digitally. This makes things even easier: the gimbal lock is a separate problem of the sensor (avoided with a tracking mechanism, pictured on the left here), while indication can be made however we want. You can easily have continuous pitch as well as continuous roll.

However, this is usually not done (on either type of indication), and this is a matter of convention rather than technical limitations. If we allow unrestrained angles, attitude becomes ambiguous: pitch ±180° with zero roll is the same as pitch 0 with ±180° roll. For this reason, the convention is that pitch is limited to ±90°, so only the second of these indications is valid. The necessary consequence is that roll "tumbles" when going past ±90° pitch. At the same time, the pitch indicator just inverts direction (and so mechanically it can be a semi-circle).

As a result, you will consistently see 180° roll, zero pitch no matter how you arrive to it: by a semi-loop or by rolling. This is reasonable given that continuous rolling is much more common.

Not the answer you're looking for? Browse other questions tagged flight-instruments gyroscopic-instruments attitude or ask your own question.

18
How is a confusion possible between Western and Russian Attitude Indicators?
3
Why was brown chosen to represent the ground side of an attitude indicator?