I am reading about NATs (North Atlantic Tracks) and I found out they are created and regulated by the following entities:

Since I cannot find their information but from other sources (non official!), my questions are:

Note: the information should be official and possible machine-readable.

ATC centers have no public websites in general. Aeronautical and ATC information is distributed by a fixed dedicated network, the aeronautical fixed service (AFS) and its data network AFTN.

The agreed OTS is promulgated by means of the NAT Track Message via the AFTN to all interested addressees. A typical time of publication of the day-time OTS is 2200 UTC and of the night-time OTS is 1400 UTC.

FAA and other agencies provide for convenience the NATS message on the web, e.g. for FAA at:

You'll find this message repeated on many aviation blogs, embedded in a web page and served as text/html MIME type. Unfortunately I don't know whether a server provides it as text/plain.

However it's easy to extract tracks data using a syntactic parser. Many, if not all, routing/planner software use the URL above as the source of their NATS data. For example QSimPlanner, written in C# uses class NatsDownloader to download and parse NATS data from FAA site, using Linq parser: XDocument.Parse(wc.DownloadString(natsWest))

This is the direct answer to your question, but I'll provide additional details more related to what is track system and how the track messages are built twice a day. Feel free to continue reading!

Aircraft fuel consumption and ground speed can be significantly improved by using tailwinds or minimizing headwinds rather than just following the shortest path (great circle) between two locations.

The prevalent winds in altitude in this area are due to the interaction between the Ferrel cell and the polar cell (this theory is still a discussion). They are seemingly deflected eastward by the rotation of the Earth (Coriolis fictitious force). The position of the cells slowly changes and winds with them.

This interaction and the lower tropopause near the poles result in the polar jet undulating from Canada to northern Europe at an altitude of about 8-10 km. Speed is often between 50 and 150 kt, but 200 kt has been seen.

On this map the colored lines are locations of equal wind speed, aka isotachs. The maximum intensity depicted in red is the polar jet:

The thickness of the polar jet streams is usually less than 5 km and their width a few hundreds of km. To take advantage of jet streams when flying to Europe, aircraft must be packed into this area.

Conversely aircraft flying to the US need to follow routes where the winds, that are now headwinds, are the weakest.

The track system is aimed to propose a set of routes in both directions, aligned with the jet streams, with waypoints selected to ensure proper separation. ICAO guidance for planning and using this airspace between FL285 and FL420, where almost all commercial traffic occurs, is described in NAT Doc 007.

Due to the absence of radar stations, crossing the ocean is currently done without radar surveillance and coordinated by five oceanic area control centers (OAC): Gander, Shanwick, Reykjavik, Santa-Maria and New York East. Aircraft report their positions to the OAC, and OAC ensure a safe separation.

The tracks use a set of fixed entry and exist points at their extremities: 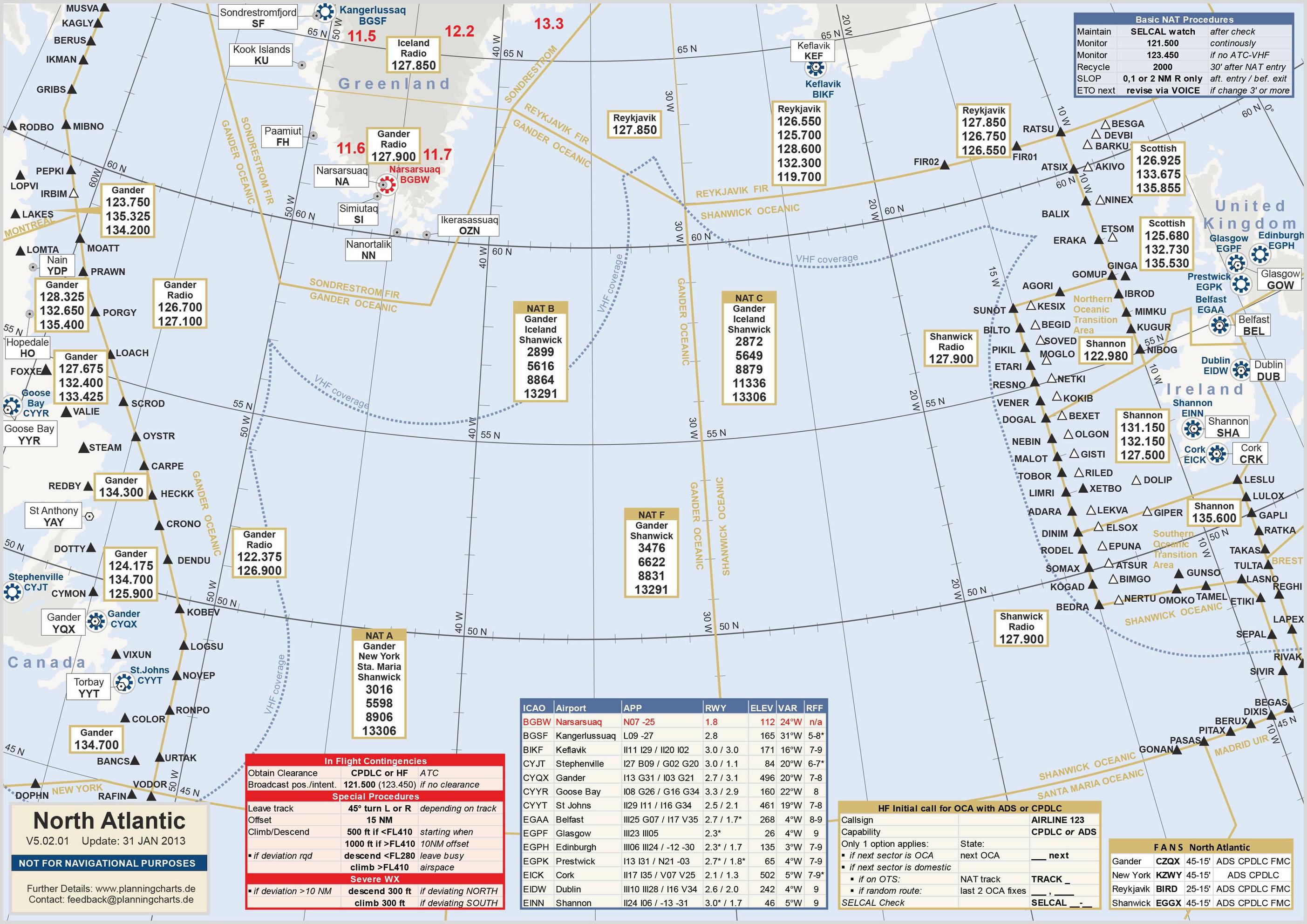 Those points change over time when the NAT airspace is reorganized, e.g. with the adoption of HLA in replacement of MNPS.

Due to the distribution of winds in the polar jet, flying from Europe to North America is done more northerly than flying from NA to Europe. 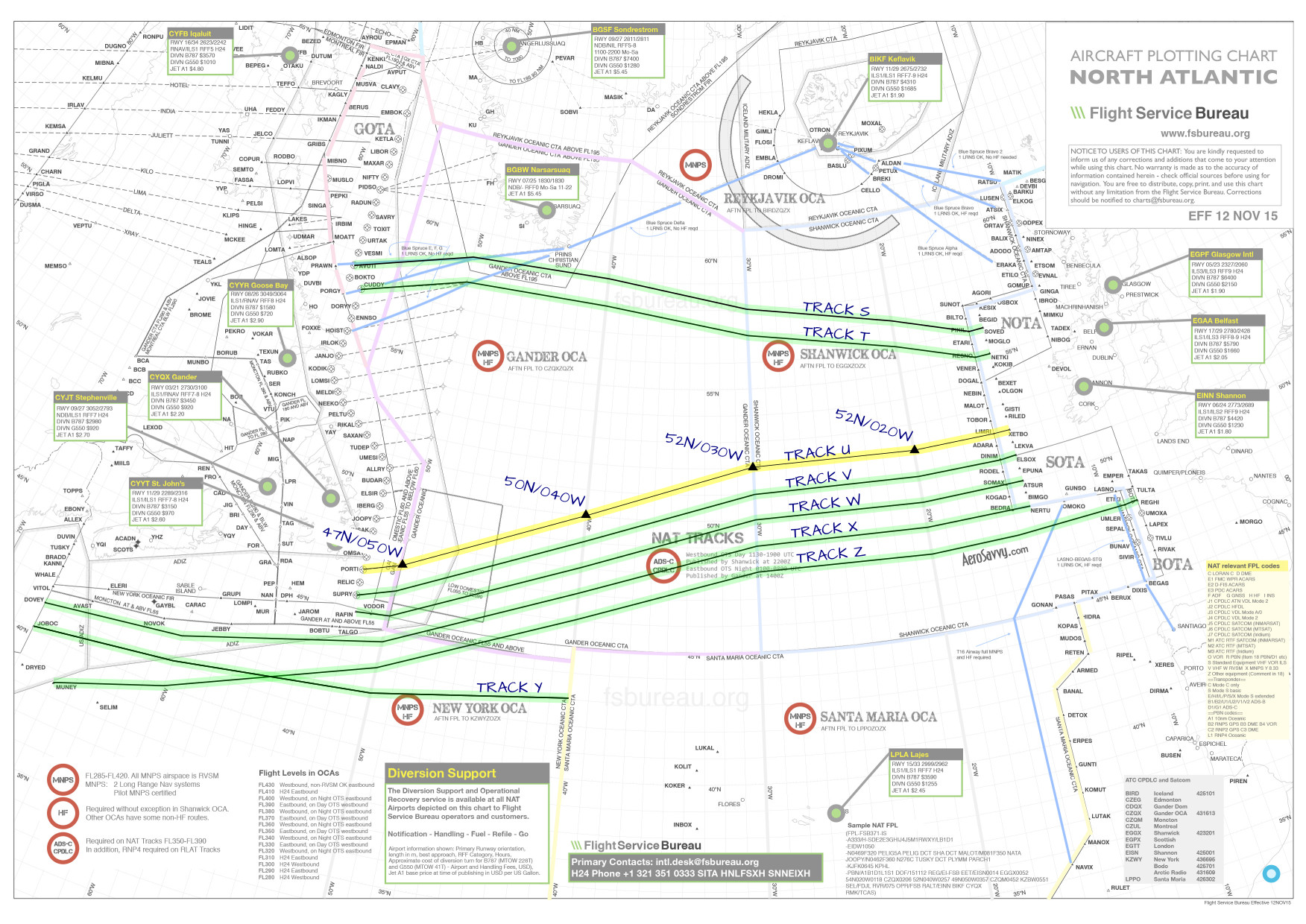 We can compare the tracks and the winds, e.g. westbound tracks:

The westbound tracks A, B, C... clearly try to avoid headwinds rather than following the yellow great circle located more northerly.

(Concorde, flying at a higher altitude, where winds are different, had specific tracks).

The only radar information available for ocean crossing is at the border of oceanic centers and the neighboring domestic centers. These domestic ATC have a delegation for controlling terminal sections of the tracks, e.g. on the European side: 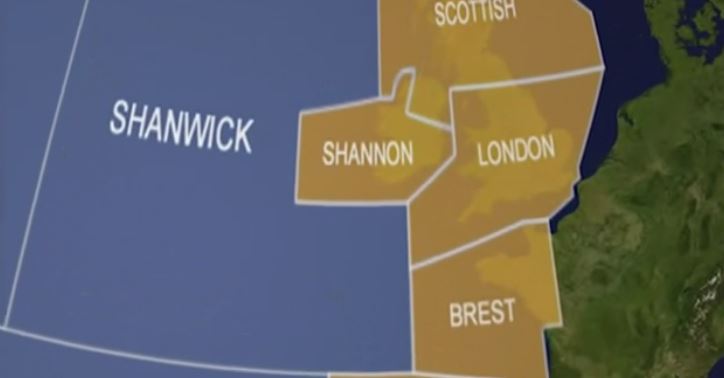 The process is collaborative between airlines and ATC.

The day prior to the tracks being published, airlines that fly the North Atlantic regularly send a preferred route message (PRM) to Gander and Shanwick. This allows the ATC agency to know what the route preferences are of the bulk of the North Atlantic traffic

The night-time OTS (eastbound) is produced by Gander OAC and the daytime OTS (westbound) by Shanwick OAC, each incorporating any requirement for tracks within the New York, Reykjavik, Bodø and Santa Maria Oceanic Control Areas (OCAs). The OTS planners co-ordinate with adjacent OACs and with domestic ATC agencies to ensure that the proposed system is viable. They also take into account the requirements of opposite direction traffic and ensure that sufficient track/flight level profiles are provided to satisfy anticipated traffic demand.

Following the initial construction of the NAT tracks by the appropriate OCA, the proposed tracks are published on an NAV Canada operated internet site for review and discussion by interested parties. One hour is allocated for this process during which any comments will be considered by the publishing agency and any agreed changes are then incorporated into the final track design.

Data regarding NAT-OTS are exchanged between involved parties on aeronautical fixed telecommunication network (AFTN), a data service of the ATS. At the beginning the exchange was possible using teletypes (telex), the limited capabilities of the system dictated the abbreviated form of aeronautical messages, which continued when the system was modernized.

This one describes three tracks A, B, C. For instance track A, which is the most northerly of the westbound tracks:

The significant point are at a distance of 10° longitude for flights operating at or south of 70°N, 20° in other cases.

This track has no available FL for eastbound flights. Westbound flights can use FL310 to 390. This is a US bound track against wind.

Eastbound tracks are named starting at Z for the most southerly track.

To provide a smooth transition between the night-time and the daytime OTS, a period of several hours is allocated between the termination of one system and the commencement of the next. These periods are from 0801 to 1129 UTC and from 1901 to 0059 UTC.

During the changeover periods, some restrictions to flight planned routes and levels are imposed and opposite direction traffic must remain clear of the inbound (terminating) OTS.

Not the answer you're looking for? Browse other questions tagged regulations datasets flight-path transatlantic nat or ask your own question.

1
Where to download NAT Track Message (original and official source)?
10
How are NATs connected to European Airways?
1
What is the benefit of upgrading Flight Management System to version UNS-1Ew?
5
How can I know if North Atlantic Tracks have been amended?
1
How is the effect of wind on arrival time handled?
2
North Atlantic Tracks entry and exit points
1
Who does air traffic control to the oceanic flights?