How are NATs connected to European Airways?

Questions: What about the European side? What are the rules to enter/exit NATs? What airways must be flown? Can I find the official information written anywhere?

Note: Ideally I would like to find a list of routes (directs?) that suggests the pair of waypoints linking the generic NAT and the european airways system. In the past North Atlantic European Routing Scheme (NERS) was used but nowadays it appears they have been dismissed.

There is no equivalent in Europe to the North Atlantic Routes, you simply file direct from point to point. This is the routing for a flight on Wednesday 18th of January, 2017 (DAL4).

You see that the route terminates NAT S at NETKI NIBOG REMSI which are directs, until the flight joins the upper airway UL603 at REMSI.

Here is the routing in SkyVector.

And here is the screenshot from the FlightAware flight. 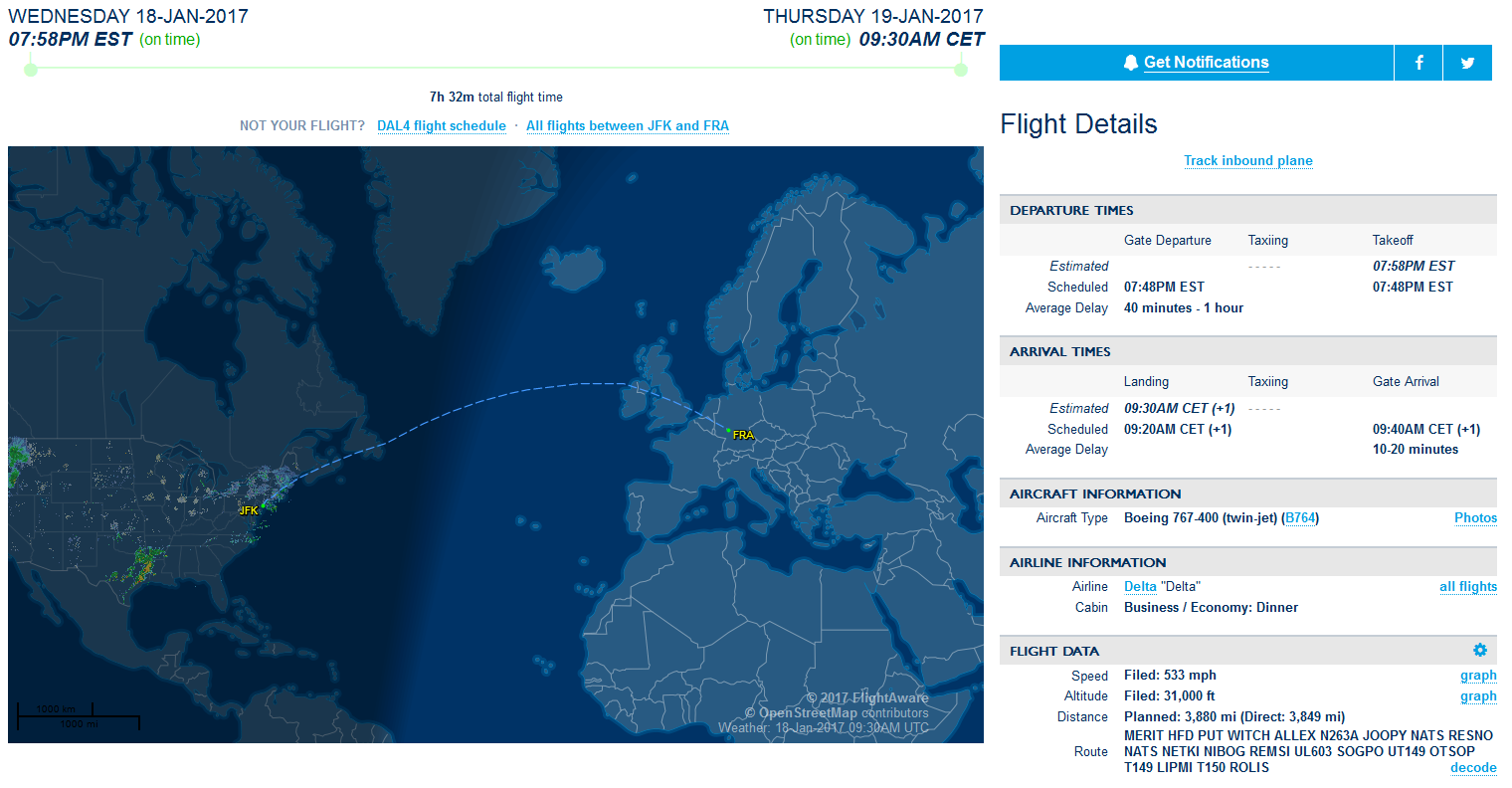 Not the answer you're looking for? Browse other questions tagged air-traffic-control navigation flight-planning transatlantic nat or ask your own question.