Is there a minimum distance between a runway and a public road?

Does the FAA require a minimum distance the between the TDZ of a runway and a public road?

The reason I ask is because an aircraft landing at a small GA airport (Garnett Municipal, K68) came across the roadway I was driving on low enough that if I'd been 200 yards up the road he'd have hit my truck. Or at least he'd have had to go around. 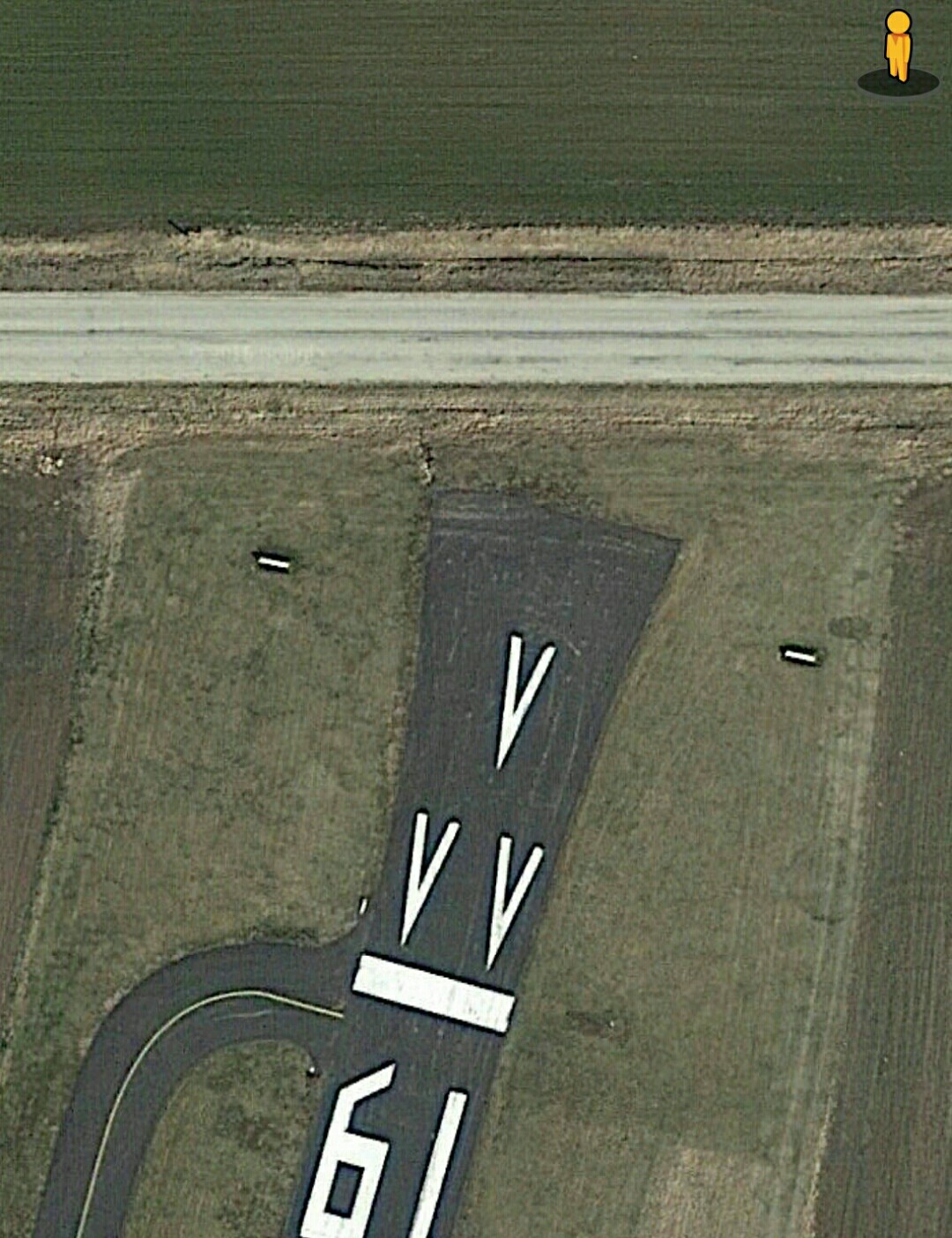 From the satellite pic you can see that the end of the runway is about 30 feet from the road. The TDZ is about 150 feet. A 3° approach would put you just short of 8' AGL at the road, which is just about exactly how high he was. My truck has a clearance of 10', so it's quite possible to strike vehicles on the road if one is too focused on the runway.

Although it's not a highway (that's about 1000' from the runway), it's the only paved road going east/west for several miles so it gets a bit of traffic

Is it common to put a runway so close to a road?

Yes, there is a minimum area that must be free of obstructions and closed to vehicles, but only for airports that have air carrier operations (see 14 CFR 139.309) or that receive FAA grants. AC 150/5300-13A - Airport Design has all the technical details; the actual distances are calculated from formulas, so there's no single answer. If you're really curious, you can read all the gory details in Chapter 3 and this FAA FAQ has a (very) simplified explanation:

What is the size of the RSA [Runway Safety Area]?

The RSA is a rectangular box surrounding the runway and is based on the runway design code. The dimensions range from 120 feet to 500 feet in width and 240 feet to 1000 feet in length beyond the departure end of the runway. (see FAA Advisory Circular 150/5300-13, Airport Design) Generally, on airports that serve air carrier aircraft, the RSA extends 250 feet either side of the runway centerline and 1000 feet beyond each end of the runway.

You didn't mention which airport you're asking about, but presumably it's either privately owned and/or doesn't receive FAA grant money.

No (for smaller airplanes and airfields)

The limit is not regarding the runway to the road but the minimum height an airplane (landing or starting) has to have over the road.

You can see this very well in the picture:

A departing aircraft (runway 19) can be quite close to the road and use the "full" length of the runway as it is built. As long as the thrust is not too big (for smaller airplanes), there is no reason for a restriction.

A landing aircraft (runway 19) requires a minimum height (15 feet i think) and is therefore not allowed to land at the beginning of the runway but not before the big, white bar. This is called a displaced threshold. So the runway, for landing aircrafts, actually does not begin so close to the road as it "looks" like.

This way, departing aircrafts will have a longer runway available, which is a critical point in aviation (safety).

It's btw the same for a departing aircraft with direction to the road (so using runway 19 + 18 = 37 => runway 01). It is not allowed to lift off after the displaced threshold.

The FAA regulates aviation and aircraft, not road layout or runway locations.

The standard glideslope is three degrees, pretty shallow, so aircraft often travel long distances low above the ground prior to landing. Trees are a big issue. On the island of St. Maarten 747's fly as low as 10-15 feet right over a heavily populated resort beach and pathway. 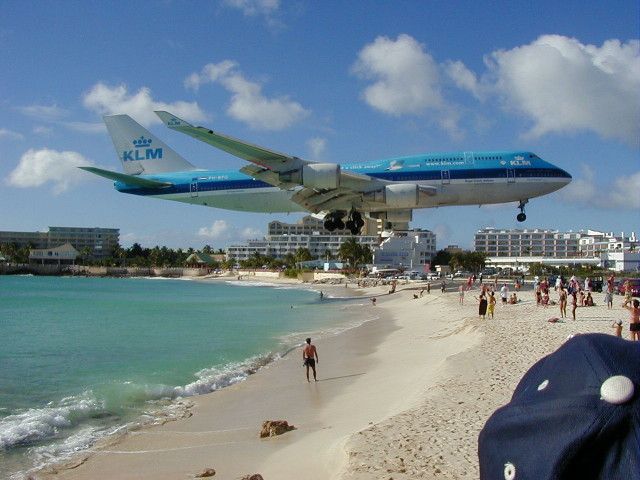 Often there are signs warning of low-flying aircraft so that motorists are not startled.

Don't worry about it too much, planes are way more flimsy than a truck, so as long as the 50 gallons of aviation fuel does not catch on fire or explode, your vehicle will come off much better in the rare event of a collision.

5
Yellow chevron markings at end of runway, what do they mean?
5
Safety regulations for take off spectators around airports?
3
How far from a taxiway, can a walking or biking trail be built?

41
How much is the minimum safe distance between two planes in-flight?
13
Is there a minimum separation between a landing aircraft and another crossing its runway?
20
What is the minimum distance allowed between two parallel runways?
7
What is the ceiling to prohibited space P-47 (or any other P-zone)?
11
Are there any regulations about the distance between destination and alternate airports?
1
What is the difference between P208 and P209 base runway materials?
2
Is there a formula to calculate take off runway distance for commercial planes?
15
Could a golf ball damage an airliner?
6
Are there differences between the runway lighting on a land runway and on an aircraft carrier?
0
What's the relation between speed of an aircraft and takeoff distance?