What is the minimum distance allowed between two parallel runways?

Is there an international regulation for this matter or does it differ from one country to another?

In the United States, the FAA has published Advisory Circular 150/5300-13A, Airport Design , which includes standards and recommendations for airport design, including parallel runway separation.

International regulations do differ. ICAO have their own standards. Here is an example of a document which prescribes airport standards compliant to ICAO Annex 14.

Based on ICAO doc9157 Aerodrome Design Manuel Part1 Runway, the minimum distance between centre lines of 2 parallel( or near-parallel ) runways is

PS: It can be reduced by 30m for each 150m arrival runways is staggered toward arrival aircraft down to 300m between centre line of two runways; and vice versa (but no maximum)

When two runways are closer than the regulations above, only one can be "operated" at the same time (eg: LGW). Even though only one of the parallel runway would be operated at the same time, the separation of the runway have to follow the "Runway strip rule", which is

75m each side from the centre lines for category 3/4

40m each side for category 2

30m each side for category 1

The above is global standard which represents the minimum requirement of runway , other aviation authorities such as FAA in US may have stricter standard.

The distance between the runways is not the issue. Some of them are just a hundred feet apart.

The issue is that the closer the runways are, the more separation the planes using those runways must have, and the higher the IFR minima.

For example, below is a picture of Oakland International. The two smaller GA runways (28L and 28R) at the top are close together, but when the field is IFR, only one of them can be used for IFR operations. The runway at the bottom (29) is a commercial runway, but it is far enough from 28L that Oakland can have simultaneous IFR operations on 28L and 29. 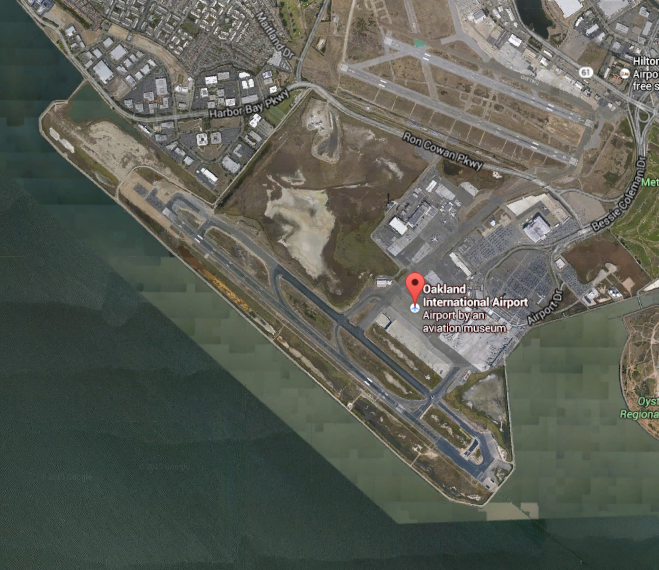 This page gives you a pretty good idea of what to expect.

1
How is it safe and legal to land in parallel runways
5
Why are the runways on Denver Int'l very separated from the terminals?