What aircraft are these, and why are these engine sizes so different?

These glamorous vintage images were once famous in magazines and used by airlines to advertise their products, and yes, flight attendants clothing was like this! Old and more relaxed times, though flying was for the rich. 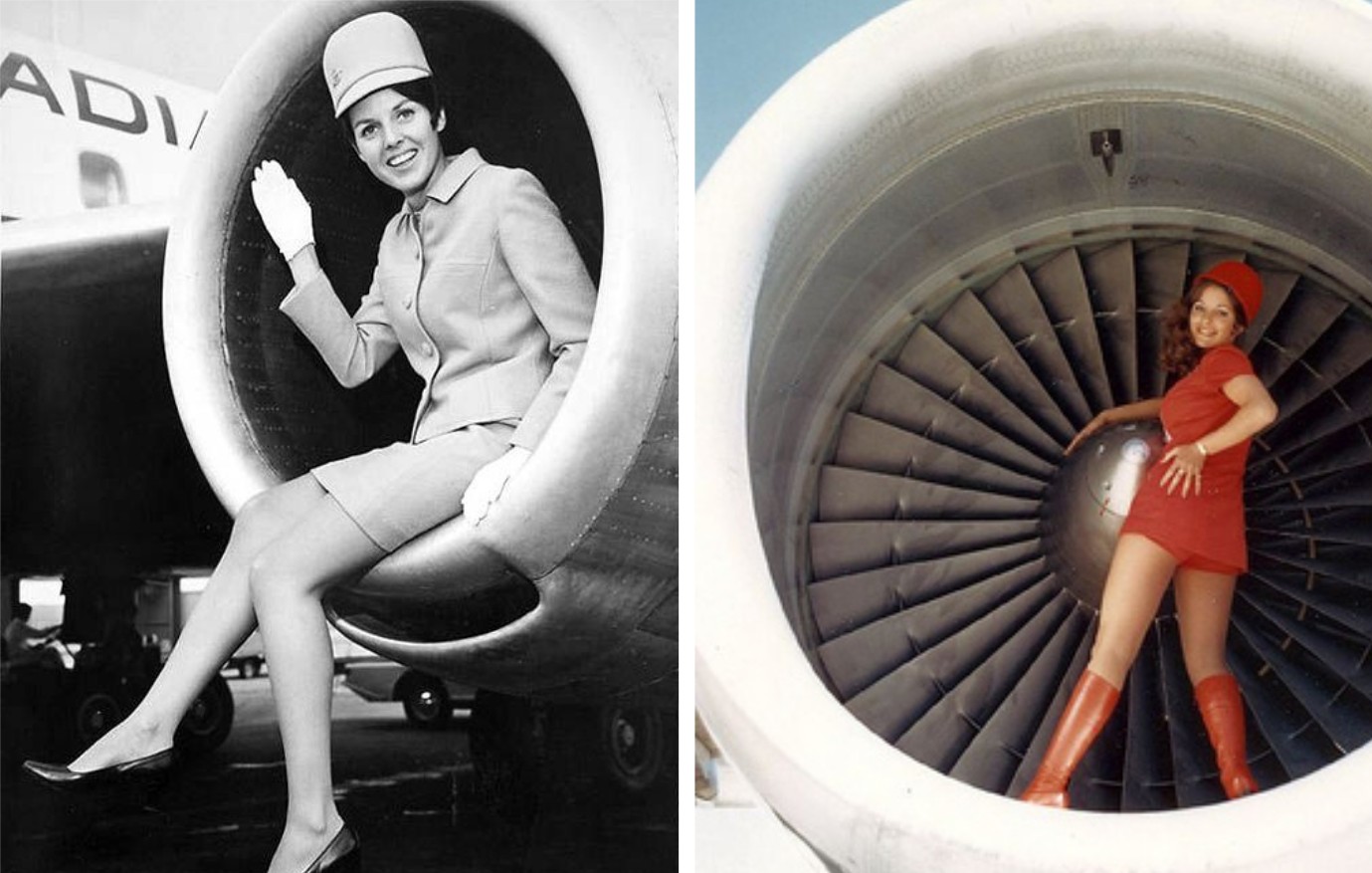 With a flight attendant showing the scale, it's pretty clear that the size of the engines are completely different; they are likely of different designs (turbojet/turbofan) in spite of being of the same period. What are theses engines, and the aircraft that used them? Why so different choices (what did that change for the airlines)? 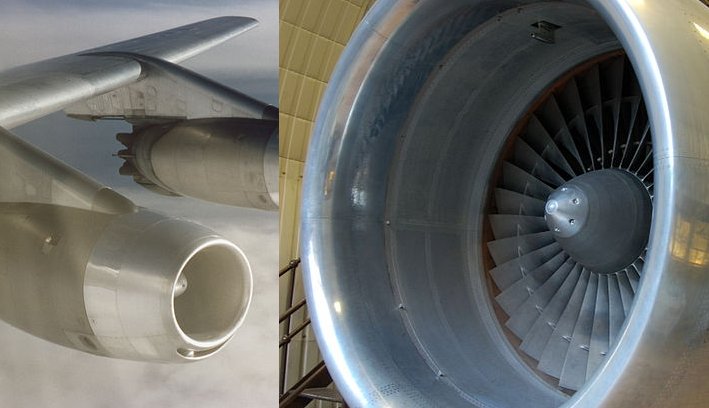 On the right is an RR RB211, possibly on an L-1011. The EPR probe (I think) can be seen protruding from the inner lip at the 12 o'clock position, plus the snubber2 holding the blades together.

The former is a turbojet, that's why it's narrow. The latter is a high-bypass turbofan, that's why the big fan.

We can't directly compare both engines. The RB211 is 14 years younger, and much more powerful, suited for big planes unlike the narrow-body DC-8. The RB211 wouldn't fit under the wings of the DC-8. Different planes, roles, and engine requirements.

The DC-8 was later retrofitted with high-bypass because it's better for fuel economy and noise—the CFM56 to be precise—without the DC-8 getting the retrofit, the CFM56 would not have become as ubiquitous as it is now. The project needed civilian customers to survive3. 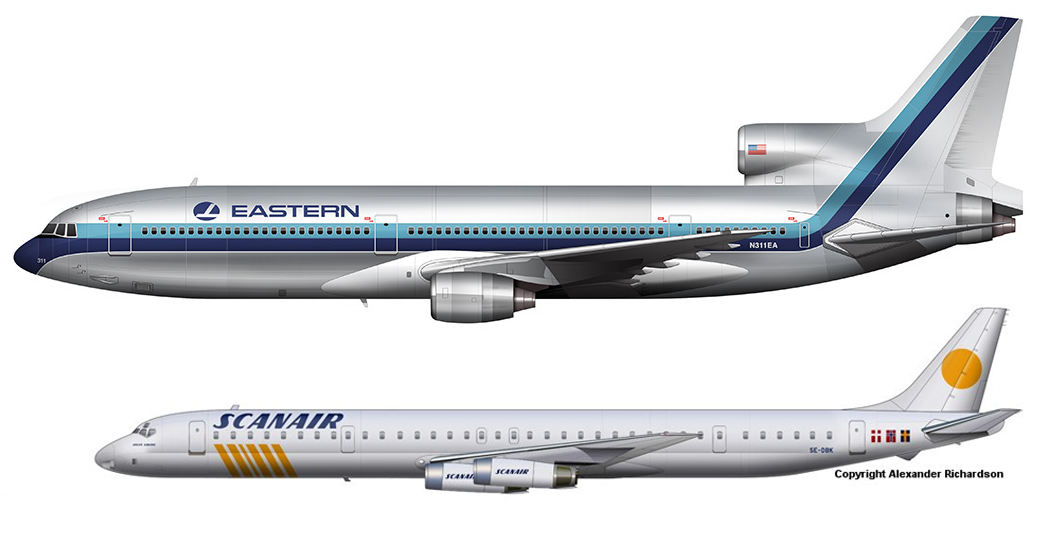 1 Accessories on the Pratt and Whitney engines are mounted beneath the high-pressure compressor casing. Two drum-type oil coolers are provided, each fed with air from individual ram intakes in the lower part of the nacelle.— Flight
2 A snubber (or clapper) is a damper used to prevent blade flutter on narrow-chord fan blades, at the cost of reduced efficiency. Hollow wide-chord blades are more stable and do not need snubbers.
3 The CFM56 featured article on Wikipedia is a must read.

Not the answer you're looking for? Browse other questions tagged jet-engine aircraft-identification or ask your own question.

7
Is it possible to have an afterburner in a turbofan with bypass ratio greater than 1:1?