Can anyone identify what appears to be a crashed WWII German plane?

This photograph is in my family's photo collection. The only information with the photo is, "Cousin Bud Kohl - aircraft wreck." If anyone can identify the make and model it is greatly appreciated. 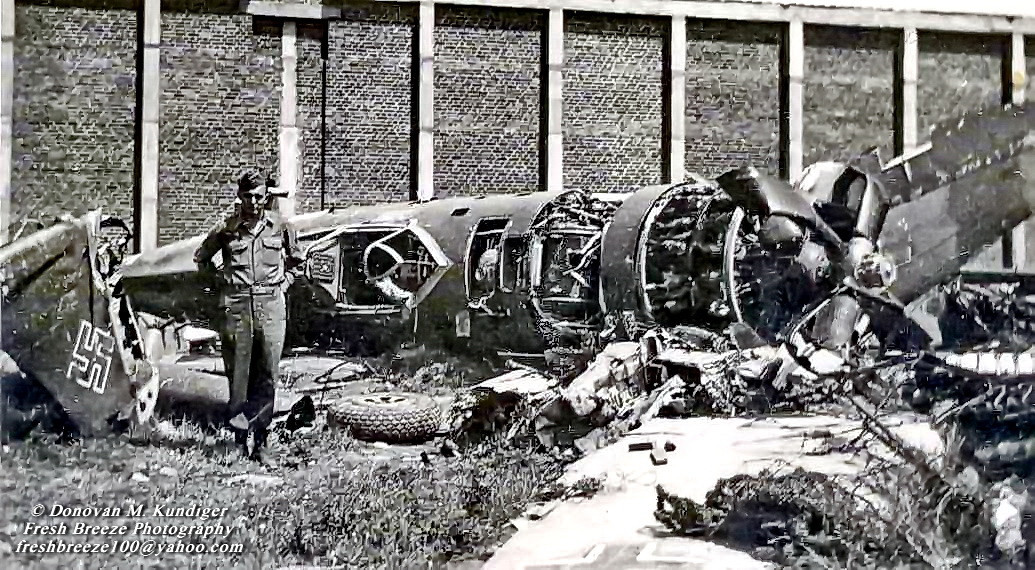 The German rudder/fin looks to be a piece of a the right tail boom of a Focke-Wulf FW 189.

My guess is that Bud is probably at a forward P-47 base that was an ex-Luftwaffe base (the brick wall behind suggests a large base with permanent buildings, possibly within Germany or Eastern France, in early 1945) and therefore still strewn with German wrecks. The Jug in the picture has had what looks to have been a gear up landing and was dragged away to a bone yard area, and is being cannibalized for parts as required.

This looks like a P-47 (twin row radial, 4-blade prop, unique canopy frame structure) that is part of a scrap pile with some German types in the mix.