Can you identify this aircraft?

This photo, taken circa 1939, was taken of my uncle's aircraft at Roosevelt Field on Long Island, New York. Lotar Munch and his partner operated "Munch & Romeo Flying Service" out of Hanger 32. I'm trying to learn more about his business and his aircraft as well. Note the registration number "NC966V." I have learned that the "C" indicated that it was a commercial registration. Any help would be much appreciated!

As some have written in the comments, it is a Westbrook W-5-B Sportster.

Westbrook started as a company in 1929 and failed in 1931. Approximately five W-5 sportsters have been built:

The aircraft was shown on the business card of Munch and Romeo, which also shows the prices they charged for flight instruction: 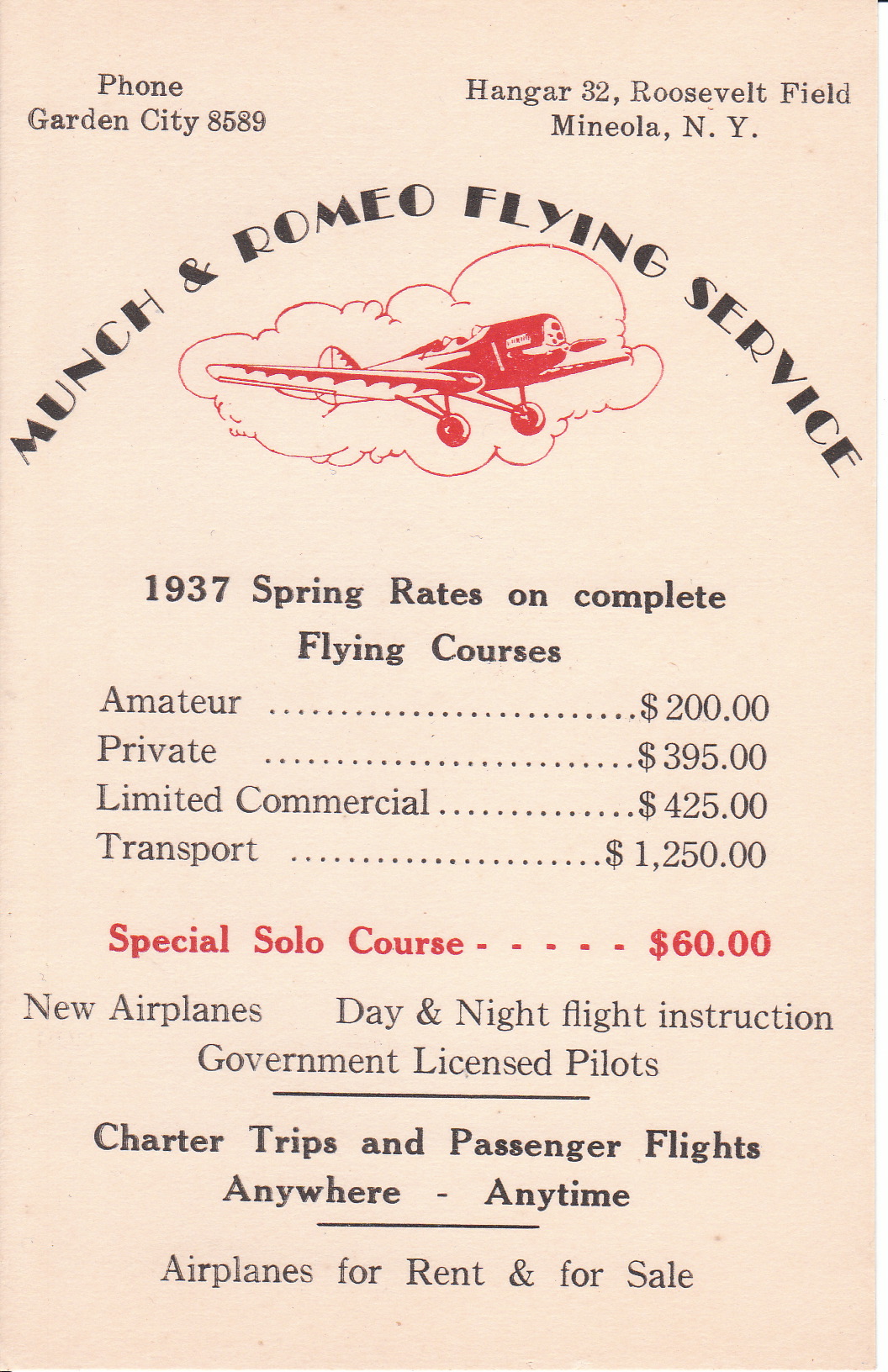 I found evidence that one of the aircraft of Munch and Romeo was involved in a mid-air collision in 1936:

-[NewYork] In an action for damages arising out of a collision between the plaintiff's airplane with that of the defendant as both were about to land,the complaint alleged that the defendant's plane was being operated by one Donahue with the consent and permission of the defendant, and that the collision was caused solely by Donahue's negligence. On motion to dismiss the complaint for failure to state a cause of action, held: complaint dismissed, with leave to plaintiff to serve an amended complaint within ten days.There were no allegations that Donahue was operating the defendant's airplane as his agent, servant or employee, or in the defendant's business and within the scope of his employment. None will be inferred from the allegation that the defendant was the owner of and in control of the airplane.An allegation that Donahue was operating the vehicle with defendant's con-sent and permission would be sufficient to charge the latter in a case arising out of an automobile collision on a public highway under §59 of the Vehicle and Traffic law, but the statute is not applicable here. Consequently the common law rule governs, by which it is settled in New York that the owner of a vehicle will not be held liable for negligence of its operator unless at the time it was being used in the owner's business by the operator within the scope of his employment. Munch & Romeo, Inc. v. Caton, 96 N. Y. L. J.876, 235 C. C. H. 1213 (County Court, Nassau County, New York, Sept. 25,1936).

The company owned other aircraft as well; by 1936 they seemed to be active in aircraft trading as they tried to sell several aircraft in advertisements in Aero Digest, Volume 29 of July 1936