Where does the MiG-29 store fuel?

How does the MiG-29 fuel system work? Like, where does it store around 300 cubic feet of fuel?

Also, which fuel does it use? Is JP4 preferable?

The aircraft is equipped with seven (7) integral fuel tanks: five (5) Center body fuel tanks and two (2) wing tanks. Center body fuel tank #2 serves an an engine feeder tank with all other tanks transferring fuel to it via a network of fuel pumps for consistent weight and balance. The aircraft can be refueled by means of a single pressure refueling receptacle located in the port main landing gear well. 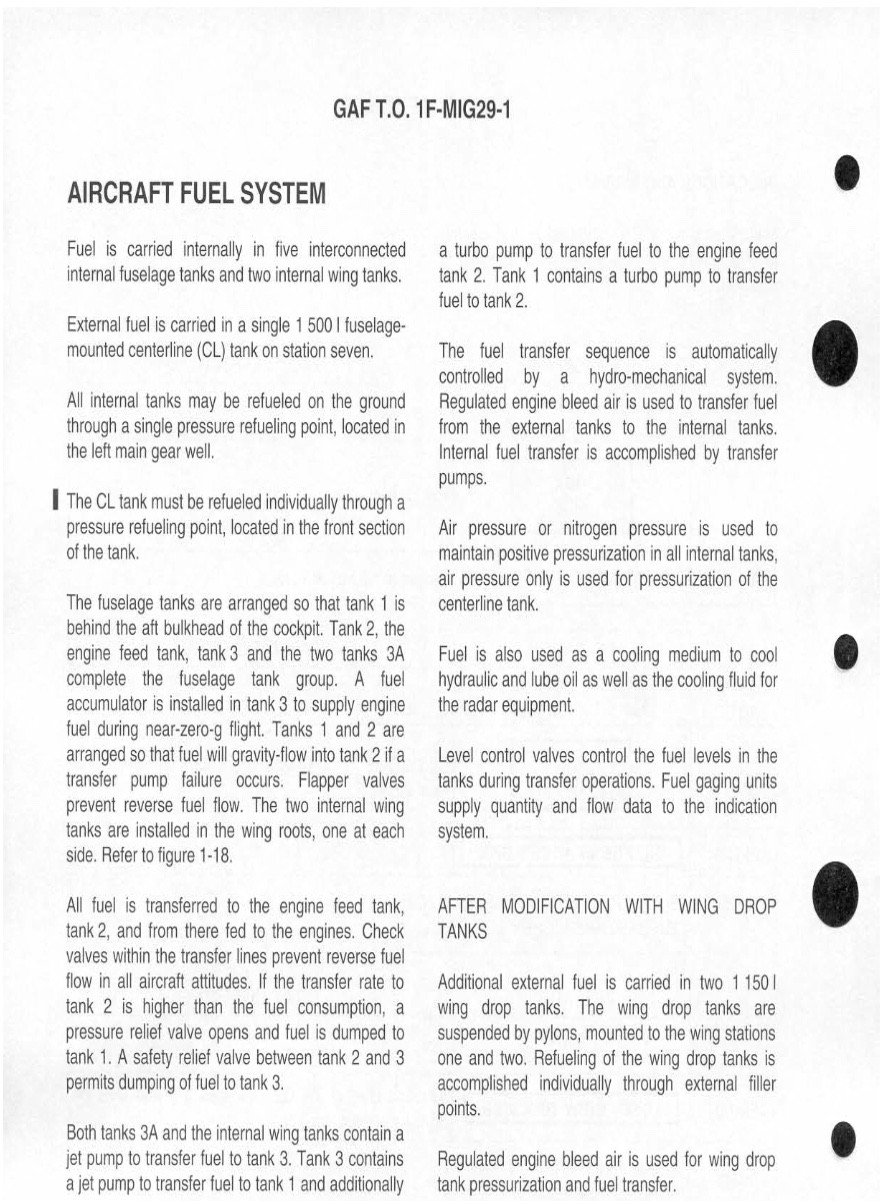 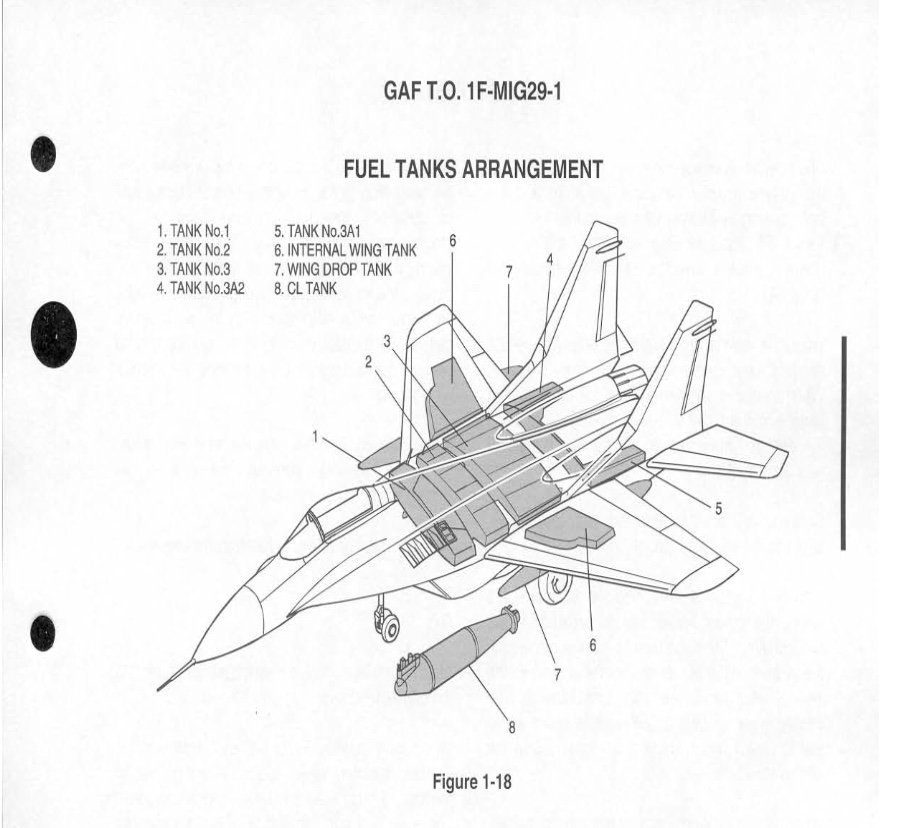 Like every plane, the MiG-29 stores its fuel in fuel tanks ;)

On a more serious manner:

Generally speaking, there are 6 internal fuel tanks: 4 distributed around the fuselage and 1 in each wing.

Later versions (namely the SMT) have larger internal fuel capacity thanks to the enlarged spine.

In addition to these, the 29 can also carry 3 (1 in the very early versions) jettisonable external fuel tanks. 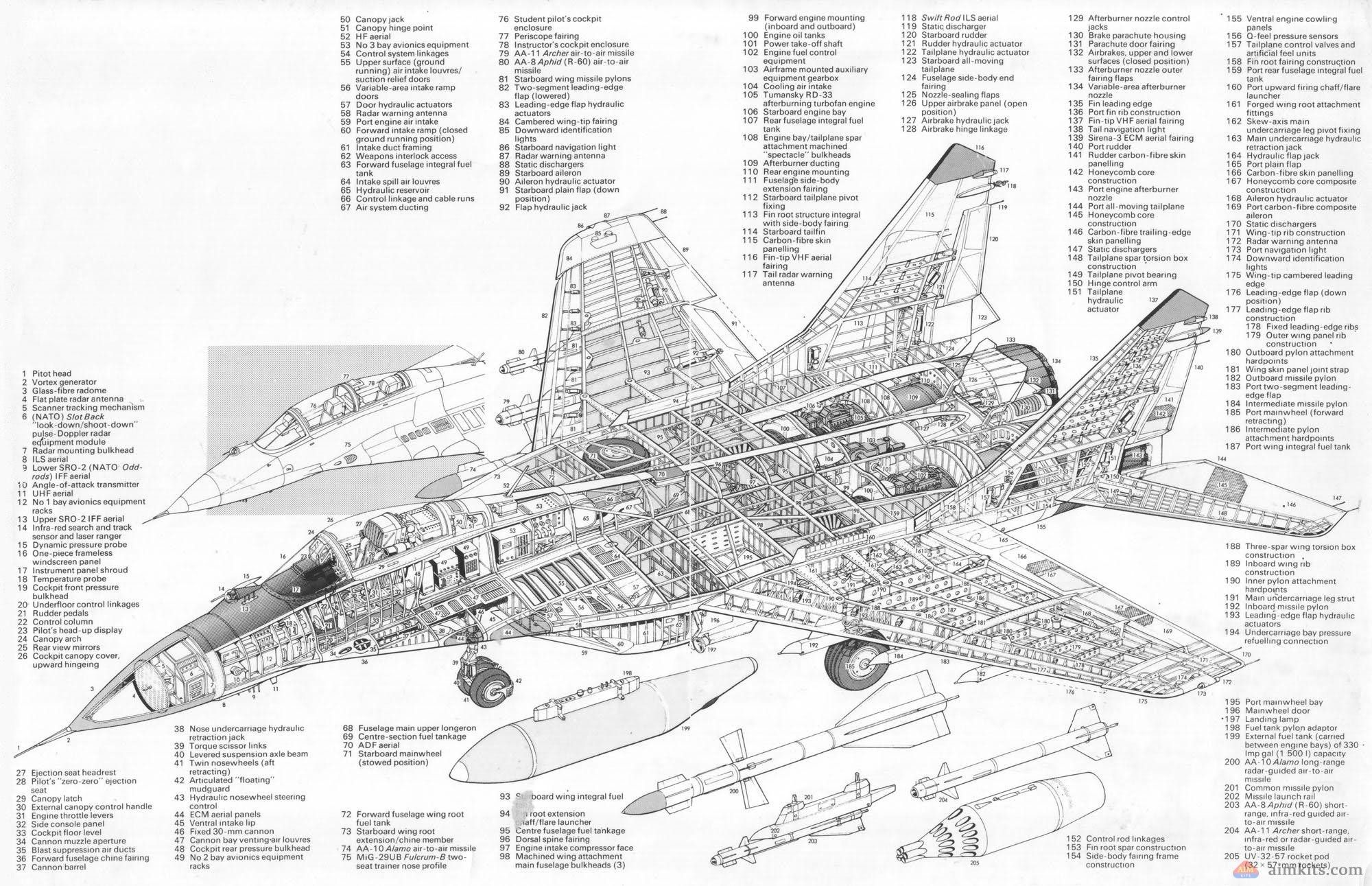 Not the answer you're looking for? Browse other questions tagged fuel fuel-tanks mig-29 or ask your own question.

10
What type of fuel is used in helicopters?
31
What is the purpose of the "Mirror-Thing" over the Mig-29 Cockpit?
10
What to do with excess fuel before flight?
13
Was there a design flaw in the fuel tanks of the MiG-15/17/19/21?
11
Is there any work on improving fuel tanks so they could store hydrogen?
3
How much fuel does an A380 hold and where?
4
Where are the fuel tanks located in an Antonov An-225?
13
How were the fuel tanks sealed on the XB-70 Valkyrie?
6
How does a fuel density sensor work? (densitometer, cadensicon)