How much fuel does an A380 hold and where?

The fuel tanks in Airbus A380 are shown in this image. 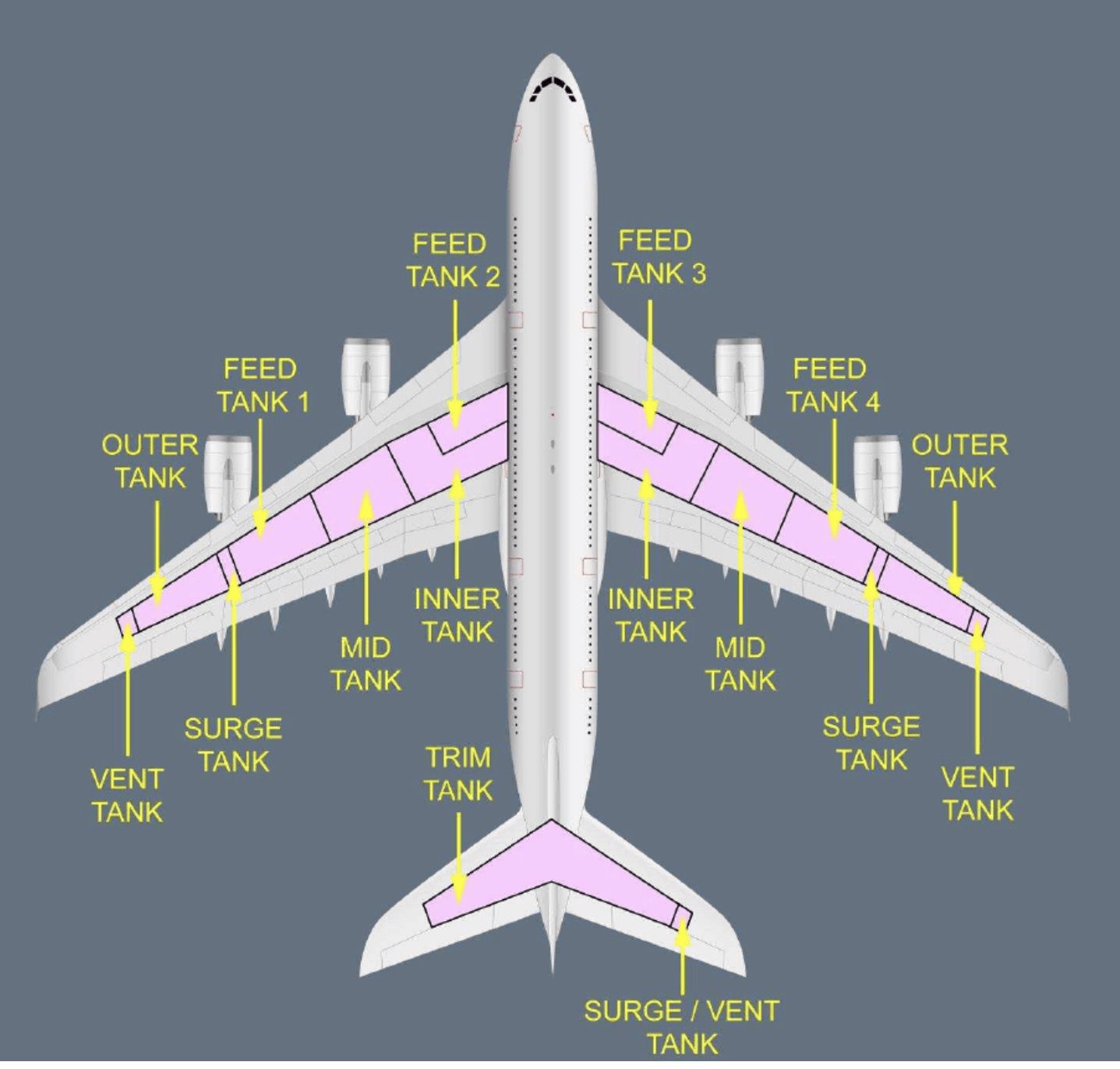 The capacities of different tanks are1 (in liters):

1 The only place I found this information is in the book Airbus A380: Superjumbo of the 21st Century. Luckily, it is on Google books. This excerpt from the book about the relevant information says:

The horizontal stabilizer runs through section 19 and includes an integral fuel tank between ribs 8 left and right. The fuel level in the tail tank, which can take up to 23,698 liters, is adjustable in flight for trimming purposes. Overall, the hard-line A380-800 fuel-tank capacity is 315,292 liters, most of which is contained in two inner tanks with more than 90,600 liters. Two other mid-tanks hold about 72,000 liters between them, with inner engine 2 and 3 feed tanks containing 28,130 liters each. The outer engine 1 and 4 feed tanks each hold 26,974 liters, while the two outer tanks each hold 9,524 liters.

Not the answer you're looking for? Browse other questions tagged wing airbus-a380 fuel-tanks or ask your own question.

0
Airbus a380 fuel system
0
How do they fill fuel in big aircraft?
1
In a hydrogen fueled plane, could part of the fuel load be allowed to become lighter than air to offset or trim for the load?

17
How much water does the Emirates A380 carry in order to provide onboard showers?
9
How many passengers can an Airbus A380 carry?
8
Does the 747-8 / A380 nose-wheel encounter more weight during braking?
16
Is the entire length of a B747 or A380 wing used as a fuel tank?
2
How much fuel does the A380 use for taxiing before takeoff?
0
How do they fill fuel in big aircraft?
1
What is the recommended pressure for refueling an Airbus A380?
4
Where are the fuel tanks located in an Antonov An-225?
0
How large are the CF-100 Canuck wingtip fuel tanks?