Would climbing onto fighters placed on display cause damage?

The question is about any more or less modern plane similar to Su-27 in its fuselage design. It's not uncommon to install retired planes as monuments. Here's one example in Eastern Europe (image from this post on some local Reddit equivalent): 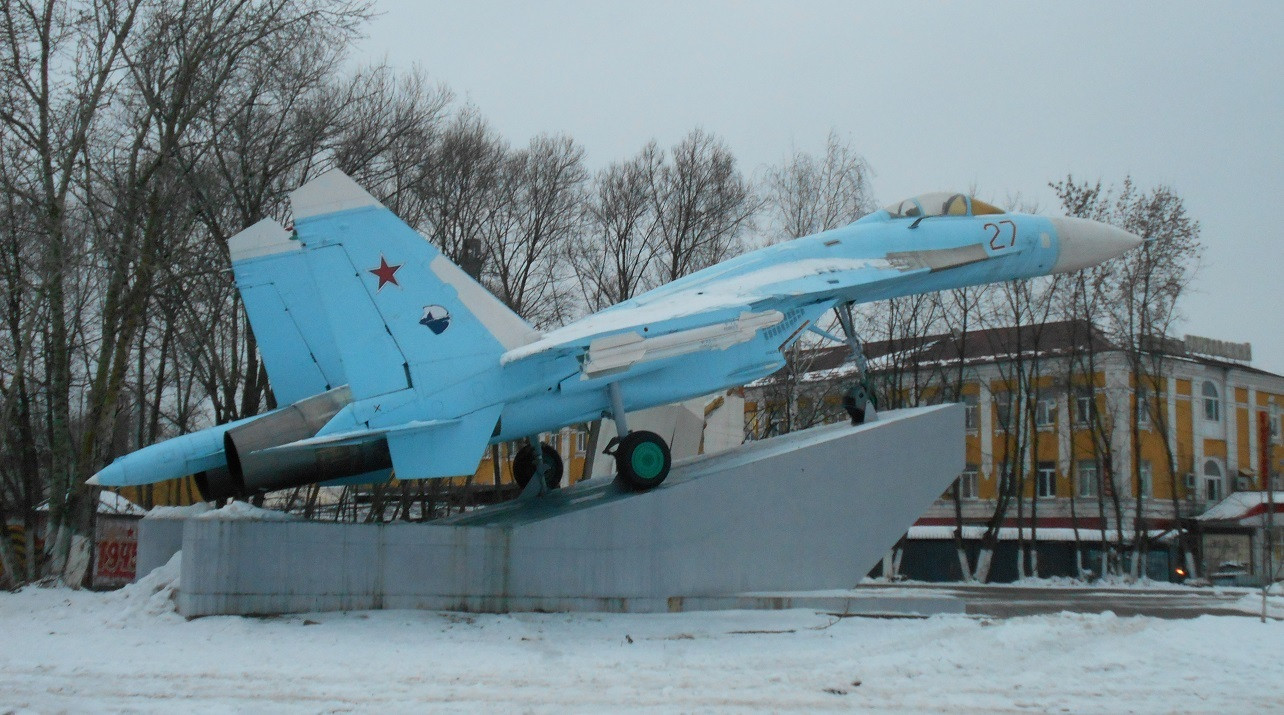 The shot shows a retired Su-27 which had its engines and electronics removed and was installed on a pedestal somewhere in a city. It's not uncommon for locals to climb both such pedestals and the planes - youngsters do this for lulz and also to make photos of themselves. Standing and sitting on wings or behind the canopy are typical examples.

I guess this is not very good for the airplane fuselage. Not only will paint get damaged but also the fuselage may be mechanically damaged - mostly metal sheets might be bent.

I know that it's possible to accidentally fall from a plane, especially when it's wet because or rain or melting snow, but let's ignore that in this question. I'm only asking about what's good or bad for the plane.

How bad for such a plane is climbing it by an unprepared person (who doesn't know where exactly it's safe to step)?

If you intended to make the aircraft airworthy again, yes, it can cause major damage. But, for use as a static art display, it would be no different than any other display really. Most likely all the moving parts have been fixed so they don't move so making it airworthy again is pretty much impossible.

The sheet metal is not very thick, on a passenger plane the skin is only 2 mm or so. The aluminium on a fighter jet would be thicker and the spare and ribs would be closer, not sure by how much. I can only give an educated guess on this: it would probably not be easy to jump through the skin of a wing or fuselage.

It's a different matter for flight control surfaces, flaps etc. They're easier to damage by jumping on them. But the atmosphere and the weather do their job as well. While on a job in Korea I noticed a line-up of old military planes, one of them the awesome F4U. It was in way poorer condition than in this photo, had not flown in years, cockpit glass all matted, propeller stuck, engine rusted - I did a quick inspection with a thought to purchase and restore it, but the job looked too formidable. Simply from being out in the weather, unprotected, for decades.

Not the answer you're looking for? Browse other questions tagged aircraft-design fighter fuselage aircraft-structures or ask your own question.

8
Would discharging a firearm in-flight cause an explosive decompression?
12
How would modern jet fighters engage and defeat prop driven fighters?
17
Why are these carrier aircraft landing with the canopy open?
4
In a fighter jet, what is the average weight of the ejection system?
11
Could flight control be achieved by rotating a wing entirely?
3
How can I find the optimum chord wing length for this wing?
30
Why does Martin-Baker use a Gloster Meteor as a testbed for ejection seats?
0
Could abrupt flight controls input cause damage in these circumstances?