Are there any cockpit indications when an engine has separated from the aircraft?

On this answer, there is a comment that asks if there is an alerting alarm of some sort when an engine falls off an airplane.

Is there a direct alarm from the engines specifically saying "You lost an engine" to warn that an engine has fallen off from the aircraft?

This is the indicator that shows you when one engine falls off in a multi-engine aircraft: 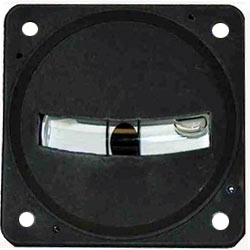 If you only have one engine, or both engines fall off, you need to use a different indicator that looks like this: 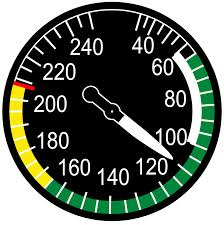 if both engines fall off, this white pointer will start to move towards the "40", and you might hear an alarm, a voice shouting "stall, stall", or feel the stick shake.

if you have one engine and it falls off, the white pointer will move, but in an indeterminate direction.

The B-737 has a checklist for engine separation, but no specific alarm for it. The absence of all engine indications might be a hint, though.

I've never heard of any aircraft with such an alarm, but I don't know about all of them out there.

aircraft work a bit different when it comes to alarms and advice. There is indeed an alarm and an indication of an engine failure. You would notice that the indicators of the respective engine, like Exhaust Gas Temperature (EGT), N1 Thrust and N2 Thrust will all drop. You will also get an EICARS warning (or several), that lead to the conclusion, that indeed an engine has failed. There is yet another indication if there is an engine fire. Along with an alarm the engine fire extinguisher handle will light up.

However, there is no indication as of whether the engine has just failed or flamed out or separated. At least not from an instrument point of view. A good pilot however will at least suspect that an engine separation has occurred. For example, if an engine is failing, its indicators are going down slowly. N1, N2, fuel flow, everything is going down slowly until it reaches zero. An engine separation will also lead to a fuel leak, since the fuel will spill out of the pylon. Maybe there also have been engine issues before, like overheating, that led to the failure. On the other hand, if an engine separates, all indicators will go to zero pretty much right way. As all sensors are gone. Usually a missing engine will also change flight behavior. Another way to find out would be the cabin crew or a passenger telling the flight crew. Of course this does only work with wing mounted engines. Aircraft like the Boeing 717, which have tail mounted engines make it impossible for anyone in the cockpit or cabin to notice a separation. In addition, it helps to know what happened before... maybe a sound of an explosion, touching something with the wing, etc. would also lead a pilot to think that an engine could have been separated.

Not the answer you're looking for? Browse other questions tagged jet-engine emergency cockpit or ask your own question.

1
How are the structural failures reported to pilot
28
F-111 emergency landing with no wheel; what is done to reduce risks when loosing a wheel?
14
What happens to the fuel lines when a jet engine falls off?
3
Is pilot alerted of any physical or structural failures?

31
What would have happened if the jet engine on my aircraft had ingested caulk from the pavement?
36
Have jet engines ever "Sheared" off?
26
Is there any emergency situation in which jet engines would not be shut down before passenger evacuation of a transport aircraft?
10
What follow-up actions, if any, does the FAA take when a pilot declares an emergency in flight?
2
Has a jet "engine" ever been made that only uses the thrust from the bypass air and doesn't have a combustion chamber?
6
How can the F-16 remain stable when there is a loss of hydraulic power?
4
What would be the impact of replacing the engines on the 737 MAX, not just reworking MCAS?
2
Why was there no thrust from the engines in the TACA Flight 110 incident?
0
In general, what are the RPM ranges/differences between the various compression stages on a 2 or 3 spool (LP,IP,HP) turbojet/fan engine?