In a previous question someone asked why do modern fighter jet speeds decrease compared to older fighter jets, and someone hinted that nowadays top speed is not a factor considering modern rockets which will anyway exceed the maximum G forces that a human body can withstand.

Now, in the F-22 vs T-50 comparisons many hint at superior maneuverability and top speeds of the Russian T-50 design.

Shouldn't modern fighter jets be all about BVR (beyond visual range) capabilities and thus speeds and maneuverability be "surpassed".

I imagine modern fighter jets to be basically bricks in the air with a lot of high tech long distance warfare technology.

Fighter jets are not bricks with powerful radar and long range missiles. BVR combat is an extremely complex affair conceptually, operationally and technologically. 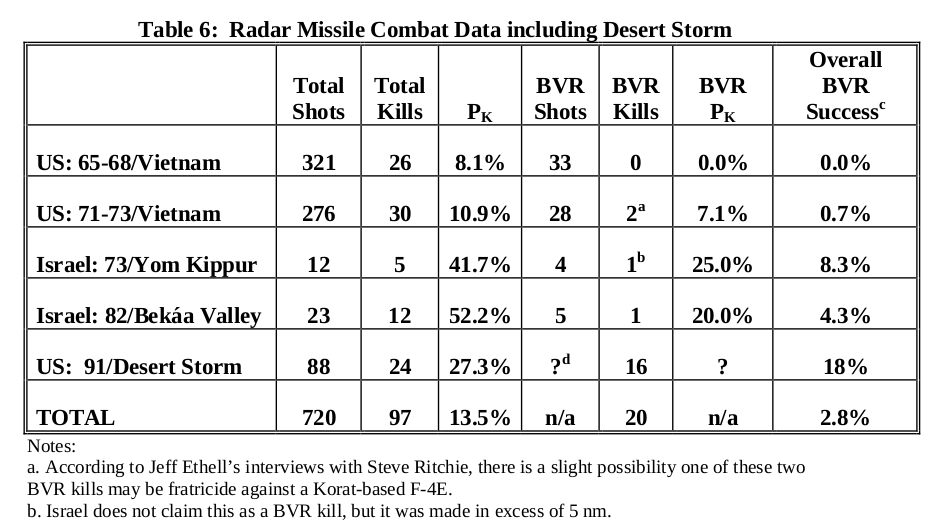 So far, the most important contributors to BVR victories (in Gulf War, for example) are not due to some inherently superior technology, but due to human factors- pilot skill and opponent's weakness. It is potentially catastrophic to generalize the doctrine against a near-peer opponent.

Modern fighter aircraft will be in service for at least 20, if not 40 years. This means they will see several updates, will carry several generations of weapons and be used in unexpected, unforeseen scenarios.

Already today many combat aircraft designs are older than the pilots flying them. The relentless increase of weapon systems costs will mean that in future a smaller number of designs need to cover all demands, and do so for many more years with fewer platforms. Not giving those designs all capabilities which we can put into them will translate into a platform with clearly identifiable soft spots, and hostile weapon systems and tactics will try to exploit them to their advantage.

Neglecting one of top speed, range, endurance, maneuverability, stealth or survivability will create a deadly weakness - maybe not within the first years those designs are fielded, but certainly for the majority of their lifetimes. Just consider the variety of tasks for a modern air superiority fighter:

The old black-and-white world of the Cold War has changed into a multi-faceted world with many shades of grey, and needs versatile, flexible platforms.

It is a legitimate question that is difficult to answer because there are little to no examples from actual warfare. What would happen when two pilots fight for real with $100 million aircraft on the line? It's hard to answer this definitively.

A lot will depend on the combat context. Are we fighting over the ocean or in a big mountain range, like the Caucasus or Carpathian mountains? If it is useful for an aircraft to hide in the mountains, maneuverability can be extremely important.

Speed is always very important because more speed increases the ability of the pilot to position the aircraft in a favorable location preliminary to the engagement. In exercises this matters less because both aircraft are placed in neutral or "equal" positions. In real combat usually positioning is unequal and whoever can get to the good spot first will have an advantage, often a decisive advantage.

Firing a missile at someone you cannot see is problematic because how do you know they are the enemy? Also, they can see your missile on radar way ahead of time and evade it unless you get sufficiently close before firing. In real combat the enemy will not loiter out in the middle of the wild blue wonder just waiting for you to come and shoot at them. They will always position themselves in a secure location, such as close to the ground, where you can't see them.

The defender will have a huge advantage if they have ground radar or an aerial radar, such as one on an aerostat, because they will see you coming and they can position their aircraft to ambush you. This is why SEAD is so important. Against any opponent that has anywhere near your capability, it is suicidal to act due to the advantage fixed radar will provide. In a future war it is likely that specialized antennas will be made that are distributed and difficult to destroy. This will make aerial attacks on foreign soil very difficult, unless the enemy has primitive technology.

As far as the design of the T-50 is concerned, the focus on maneuverability is reasonable, especially for a defensive, air superiority fighter. As far as aircraft radar is concerned, be aware that it can only see (at best) in an 120-degree cone directly in front of the aircraft and if you use it, you light yourself up like a Christmas tree and everybody will know exactly where you are. Therefore, in a real war aircraft will, in many situations, not even use their radar, because it will give away their position, thereby allowing an enemy to pop up behind them and shoot.

Not the answer you're looking for? Browse other questions tagged fighter maneuverability or ask your own question.

52
Why do fighter aircraft manufacturers still focus on making their planes more dogfight-worthy?
110
Why is the maximum speed of current fighter aircraft lower than those from the 1960's and 1970's?

93
Why do fighter jets still have guns/cannons?
110
Why is the maximum speed of current fighter aircraft lower than those from the 1960's and 1970's?
9
Why do winglets reduce maneuverability (of fighter jets)?
10
Why are high-g requirements so important for training next generation of fighter pilots?
7
Why are civilians not allowed to fly demilitarized US fighter jets?
51
Why are fighter pilots seated and not reclined?
4
Are modern fighter jets bulletproof and armored?
3
What are the pros and cons of high service ceilings for fighter jets?