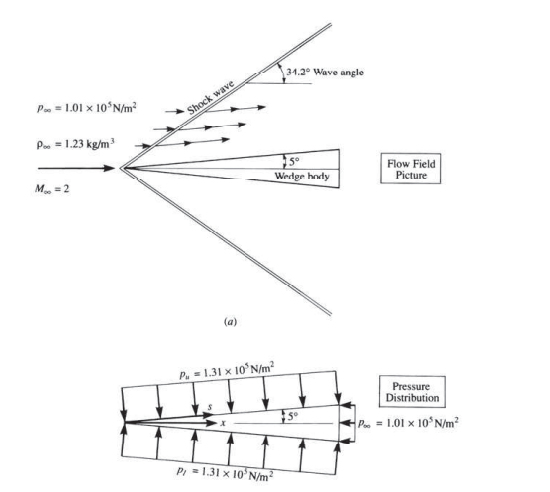 Here is the question if you needed more information

At supersonic speed, air makes way for a body by increasing density and pressure, so the same air takes up less volume when flowing around this body. It does so by forming compression shocks when the inclination of the body surface to its direction of movement increases, and by forming expansion fans when that inclination is reduced or the body contracts again. A second shock is produced when the flow around both sides meets again at the end of the body.

That free stream pressure is higher than surface pressure is mostly true only at subsonic speed, where air speeds up (and reduces static for an increase in dynamic pressure) to make way for a passing body, except at and near the stagnation points (rsp. stagnation lines on wing-like structures).

Pressure at the surface facing the free stream is higher than free stream pressure, for supersonic as well as subsonic flow. The body surface is displacing a certain volume of air - at subsonic speeds the body can warn the air that it is arriving, slowing it down in exchange for a rise in pressure. With the highest pressure at the stagnation point. 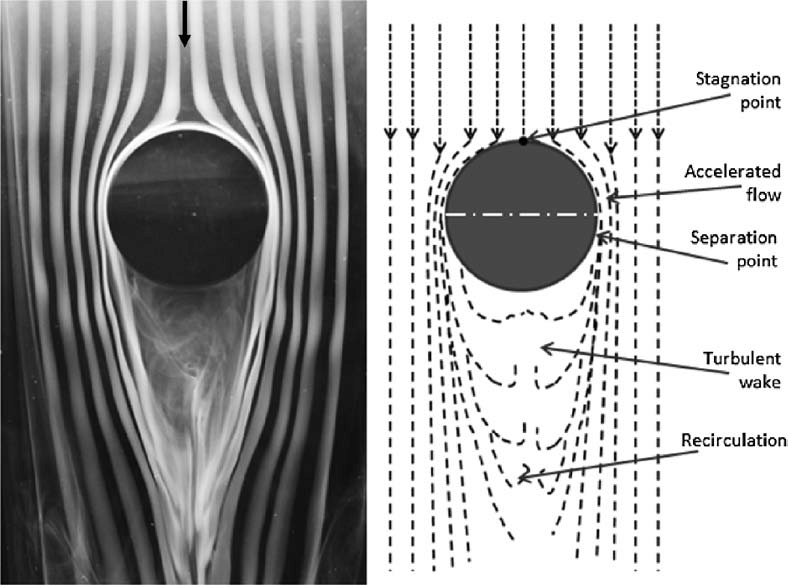 At supersonic speeds there is no fore-warning, air can only be compressed after the stream hits the body front. Nevertheless, compression still takes place because of the body taking up air space.

Not the answer you're looking for? Browse other questions tagged aerodynamics supersonic flow or ask your own question.

8
What is compressibility drag?
0
How to identify shock waves and expansion waves on a representation of the mach number?

9
Is there a physical argument for the Kutta-Joukowski theorem?
3
How is the moment due to pressure distribution calculated?
6
"Fundamental of Aerodynamics" 5th editon, example about oblique shock. Is the author's solution wrong?
1
How to calculate the forces and moments required to aerodynamically actuate slats?
11
Aerodynamic advantage of blunt noses and WHY (subsonic)
5
Why is a centrifugal compressor in aircraft engine less susceptible to stall and surge?
2
How to distinguish the induced drag of a lift-producing wing from its pressure drag?
4
Why is the aerodynamic center for most airfoils located at the quarter chord location?